is Time constant defined for every systems irrespective of their orders or it's only defined for 1st order systems ?

Only the over-damped 2nd order filter has a useful time constant. For the underdamped case (when given a step input) it produces a decaying sinewave hence, its time-domain response is best defined by the damped natural frequency of the oscillations (\$\omega_d\$) and zeta (the damping ratio, \$\zeta\$).

The low-pass filter formulas for a normalized frequency of 1 radian per second are: - 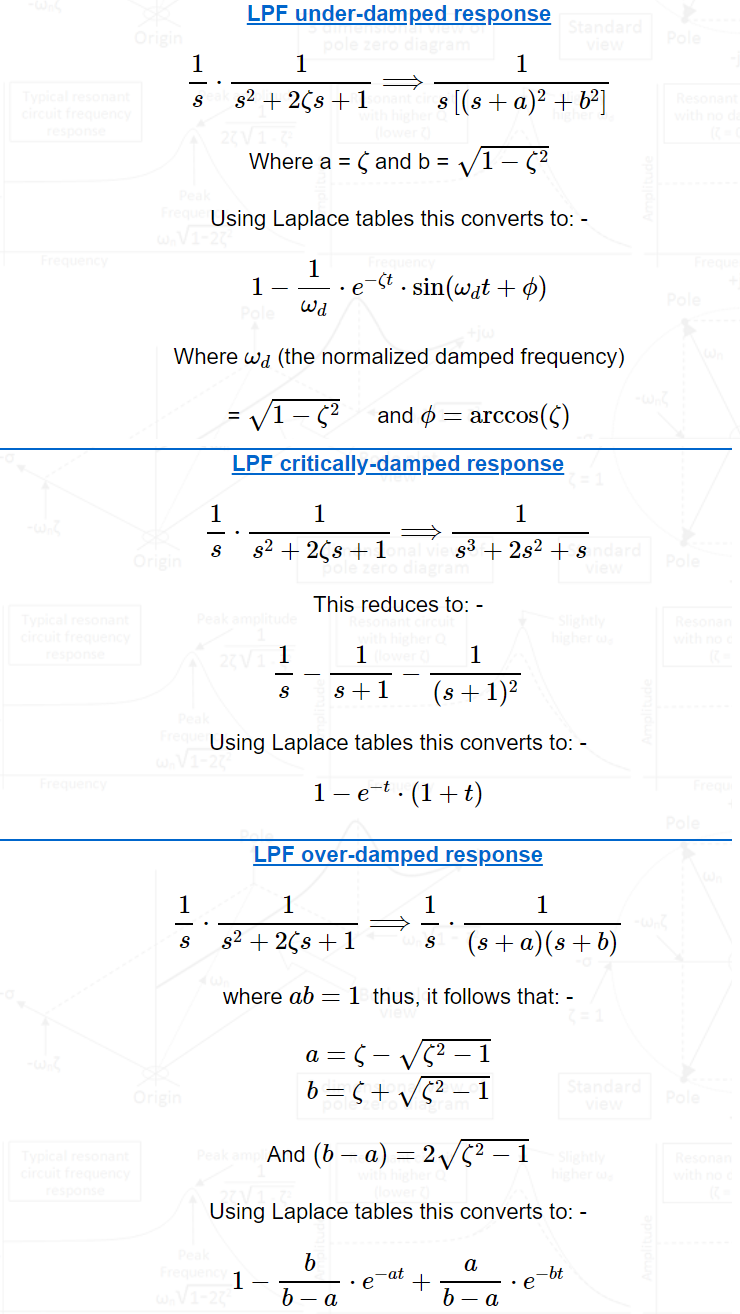 For each category, the first formula is the frequency domain transfer function and how it transfers to the time domain via laplace transform tables.

Note that only the over-damped scenario has time constants associated with it.

The properties of transfer functions are best described and characterized by the locations of the poles and zeroes in the frequency domain. This applies primarily for filter applications. In control systems, very often we make also use from the characteristics in the time domain (step response).

For a 1st-order system, there is only one real pole which - in the time domain - corresponds to an exponential step response. Only for such a function we can define a single time constant which describes how fast the step response is approaching its final value.

For 2nd-order systems, there are several different transfer functions which allow to define two different factors (dimension: time). Such an interpretation in the time domain (step response) is important, in particular, for control systems (and less important for filters, for example). These factors (time constants) describe (a) the form and (b) the time which is needed to reach the final state of the step response.

Not the answer you're looking for? Browse other questions tagged control-system transient time-constant or ask your own question.