I need some help verifying the transfer function of this amplifier circuit stage. The below circuit has a gain of 20 from the result of Rf and Rg. 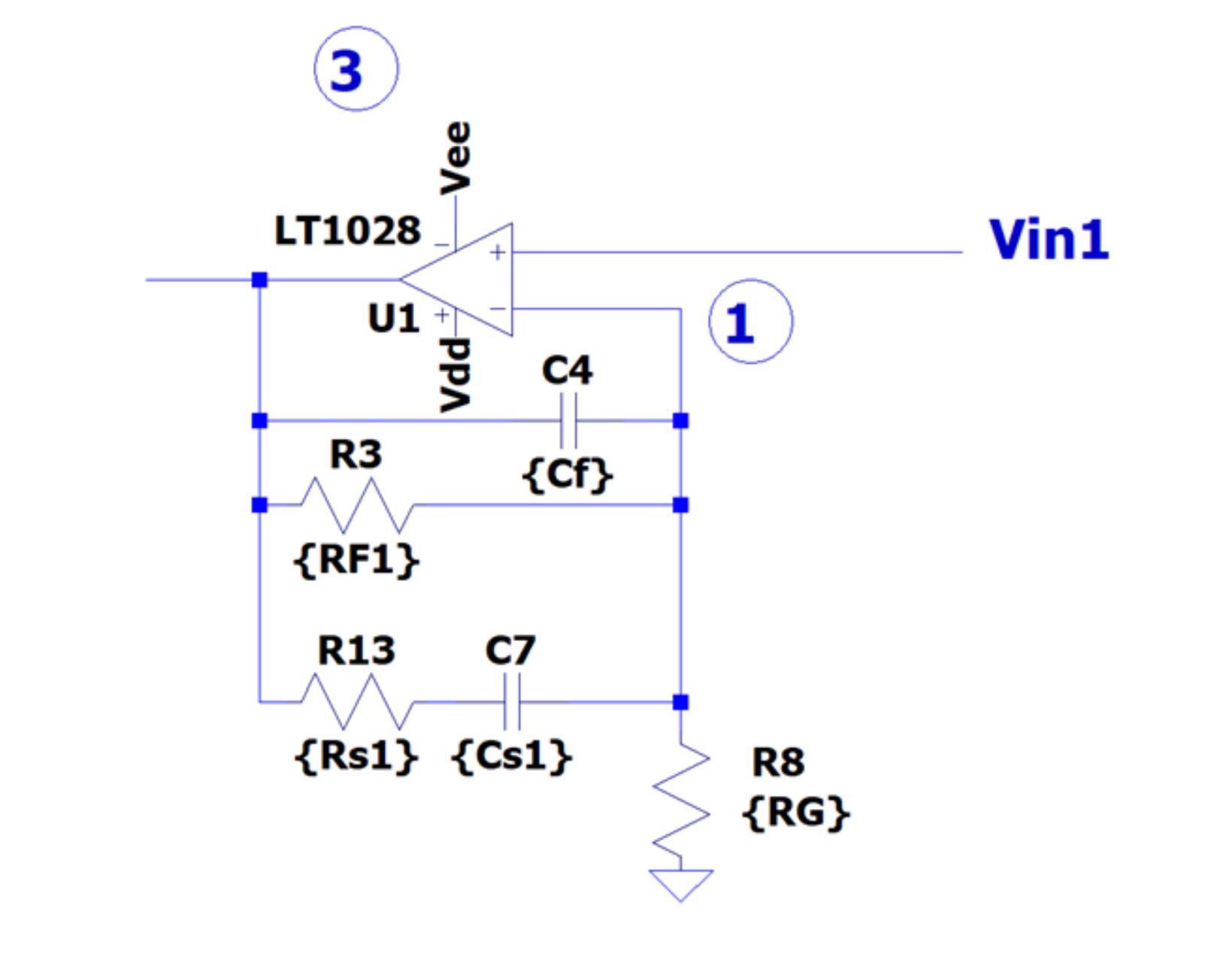 Below is the nodal analysis equation where G is used to show conductance. 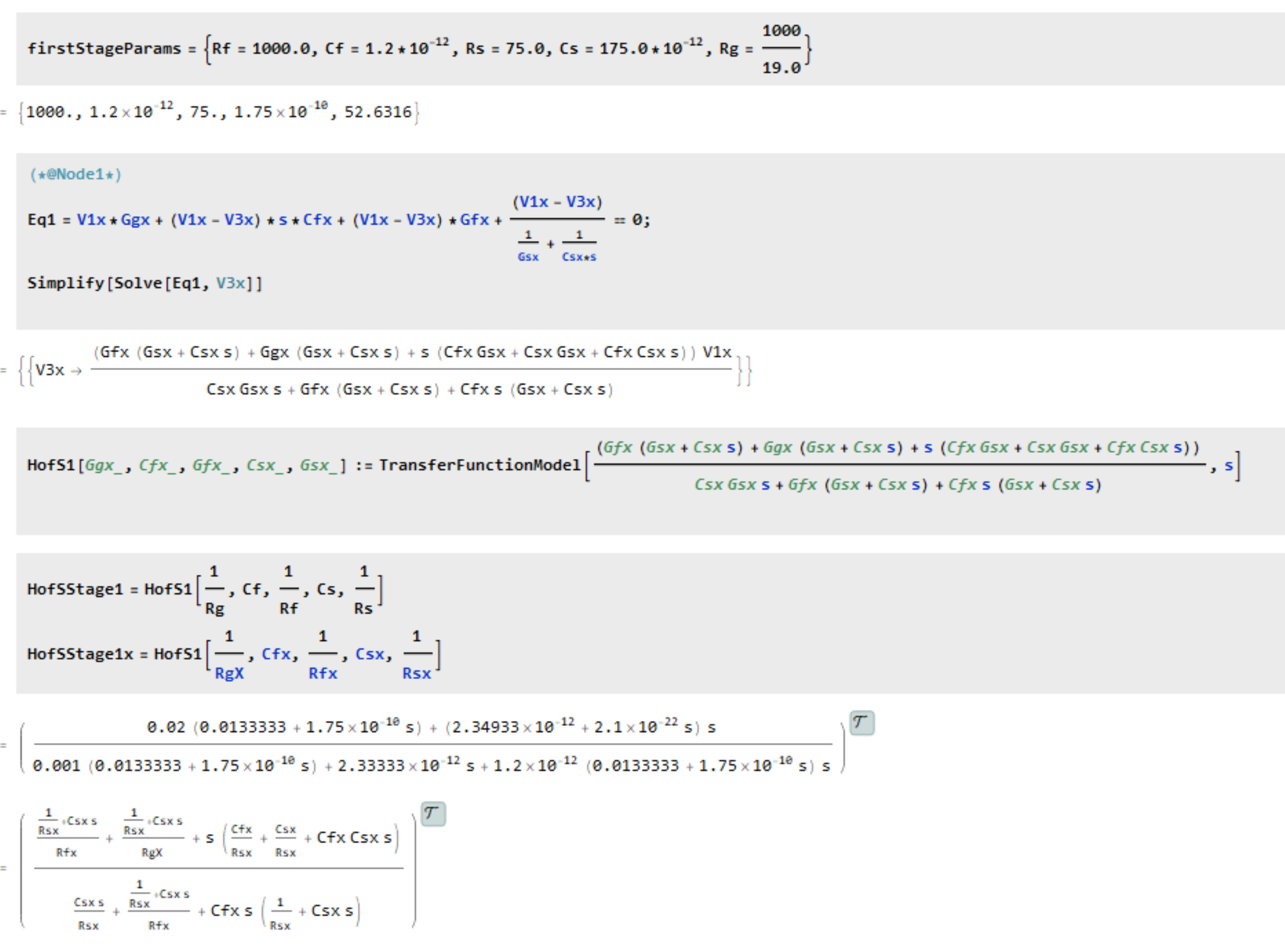 My output transfer function however seems to have gain bode plot of less than unity!

The problem here is I am missing 1/x somewhere to get the proper gain of 20. I thought the transfer function is Vo=TF*Vi not Vo=1/TF *Vi? 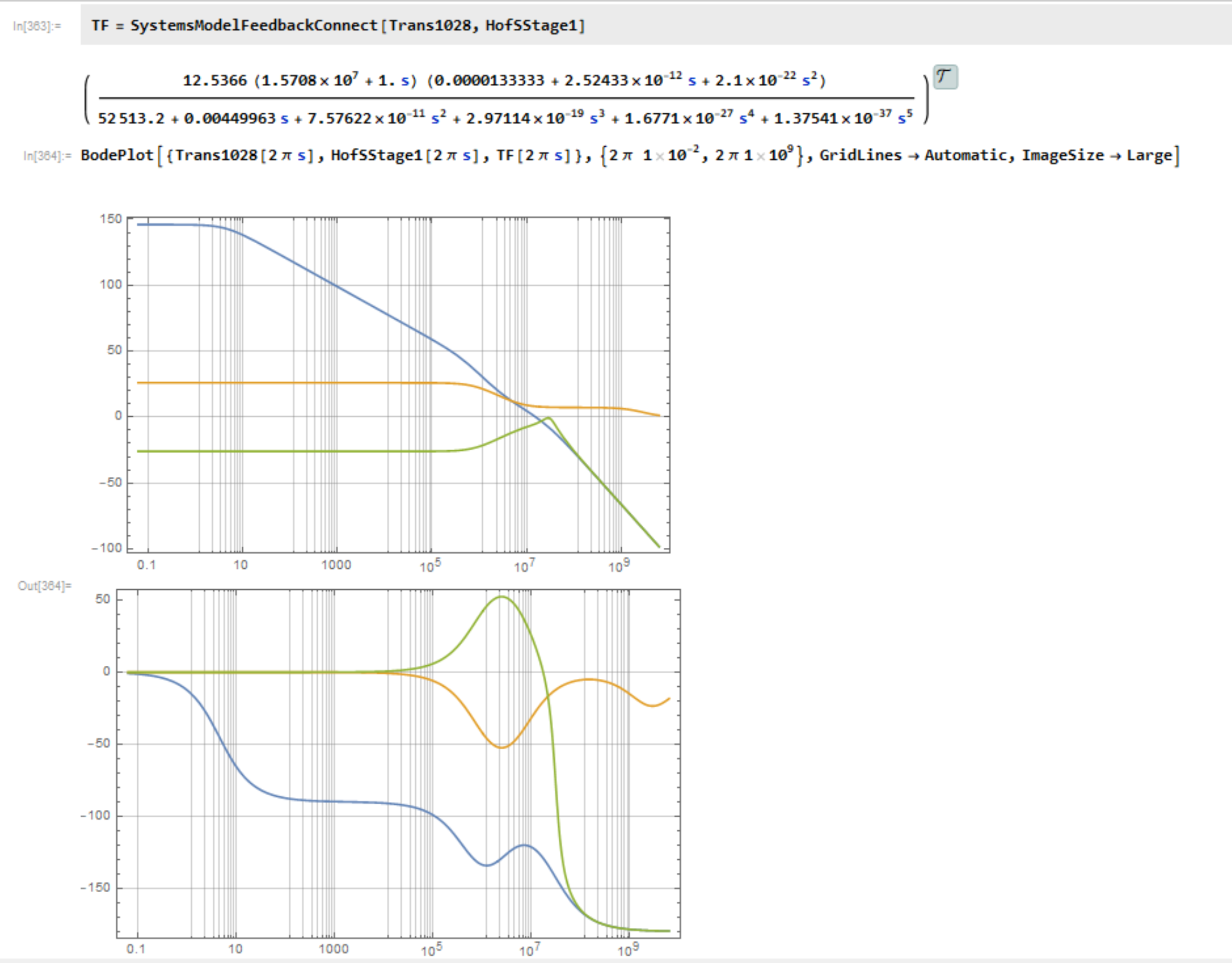 I am not familiar with Mathematica. 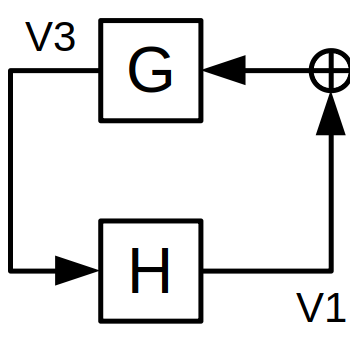 However, your image seems to show that HofS1 is a function which takes V1 as input and produces V3 as output. I think that this actually represents 1/H(s).

So the line SystemsModelFeedbackConnect(..) is actually doing

So for large values of G(s) (below 10^7 Hz?) you may be effectively plotting H(s) which is supported by the observation that green plot and yellow plot are symmetric about 0 dB.

Use a PID (or a PI controller rather:

If you really do need the output non-inverted, then use another inverting stage with a gain of 1 after the first one.

Not the answer you're looking for? Browse other questions tagged operational-amplifier control-system transfer-function or ask your own question.