I recently purchased a used analog Tektronix 453 and I want to capture some single shot transients. I also want to "save" the waveform so I can more easily measure things like peak to peak voltage of the transient. I know you can review saved one-shots in modern oscilloscopes but do analog scopes also support this useful feature?

In the manual, I see that single-shot trigger allows for "photographs" of the triggered waveform. However, after my trigger is activated, the waveform disappears. Changing the time/div or horizontal display doesn't show that any waveform is "saved". I am not sure how you would be able to photograph any transients since your window for taking the photograph would only be as long as your one-shot duration.

I would imagine analog memory to be much more expensive than digital memory but I don't understand the usefulness of one-shot captures without the possibility for later analysis.

Camera. The word you are looking for is camera.

Tektronix made one for your scope, but good luck finding one these days. You'll need even more luck (and maybe deep pockets) to get the needed instant film for the camera.

This is the camera Tektronix made for your scope: 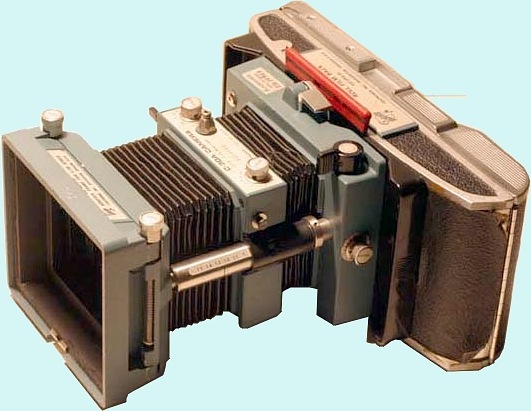 As an alternative, I can suggest the software I wrote to do similar tasks with my equally old Telequipment D43.

You'll need a web camera and an adapter for your scope. 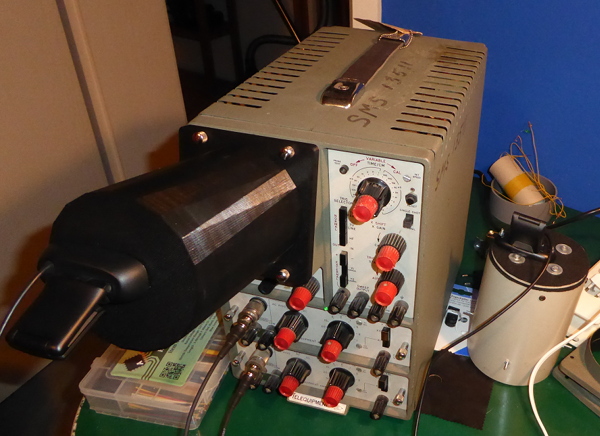 The software can capture one shot events, despite not having any electrical connection to the scope.

This image is a one shot capturing contact bounce on a switch: 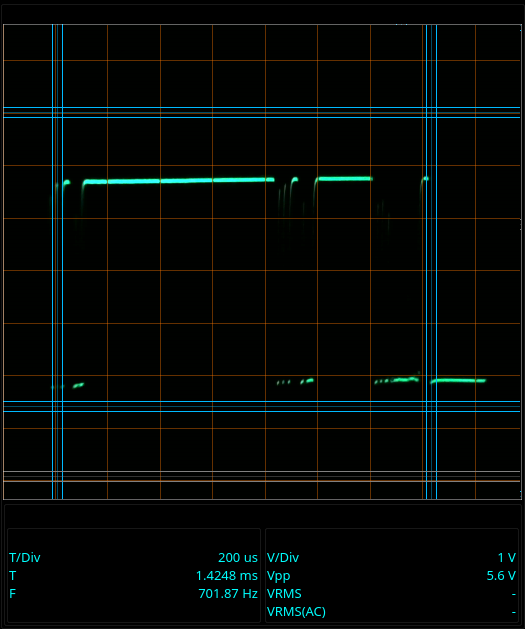 You'll notice there are cursors on screen, and readouts below - you can make measurements like on a (somewhat) modern digital storage oscilloscope with the software.

You can also digitize the trace. That only works for a single trace. I use it to export data to other programs (like Baudline for spectrum analysis.)

I have a bunch of blog posts on it, and there's a Wiki for it on GitHub.

The software runs on Linux and Windows, and probably on Apple (if some one could try it out.)

As a final alternative, you could try the Fads to Obsessions webcam oscilloscope software. 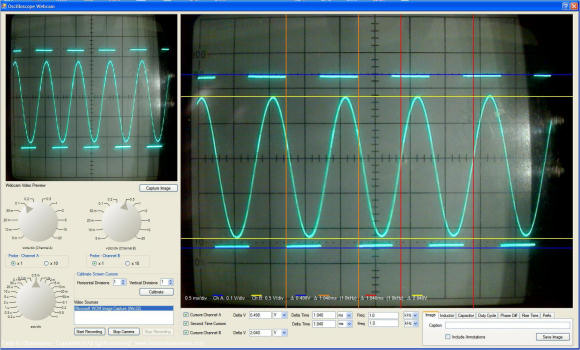 I tried to use it, but couldn't get it to run under Linux. (It is admittedly a Windows only program, but the Wine Windows emulator can some times work wonders - except this time.)

It's just as well that it didn't work. My software runs real time - the Fads to Obsessions software seems to only take snapshots on demand.

It has a different set of features than my software. Maybe it will suit you better.

Not the answer you're looking for? Browse other questions tagged oscilloscope one-shot tektronix or ask your own question.

10
Is a single channel oscilloscope enough for most purposes?
2
Triangular waveform shown by DSO for DC output. Is this usual?
11
What is oscilloscope trigger “sensitivity”?
0
Choosing Oscilloscope with appropriate bandwidth for Jitter analysis
0
Oscilloscope differential measurement for battery powered circuit using single probe
1
Tektronix TDS3000 series max trigger rate
0
Waveform for one byte sent over 3.3 V TTL
0
How to use a CSV file from an oscilloscope for further analysis