I'm a beginner at PCB design.

We've subcontracted routing for a PCB; it contains mixed analog and digital signals and it's a 4-layer PCB with an inner split GND plane (Signal - GND - VCC - Signal).

They delivered it to us and I've got some questions about how they designed the GND, because it's not what I'm used to seeing. For example: 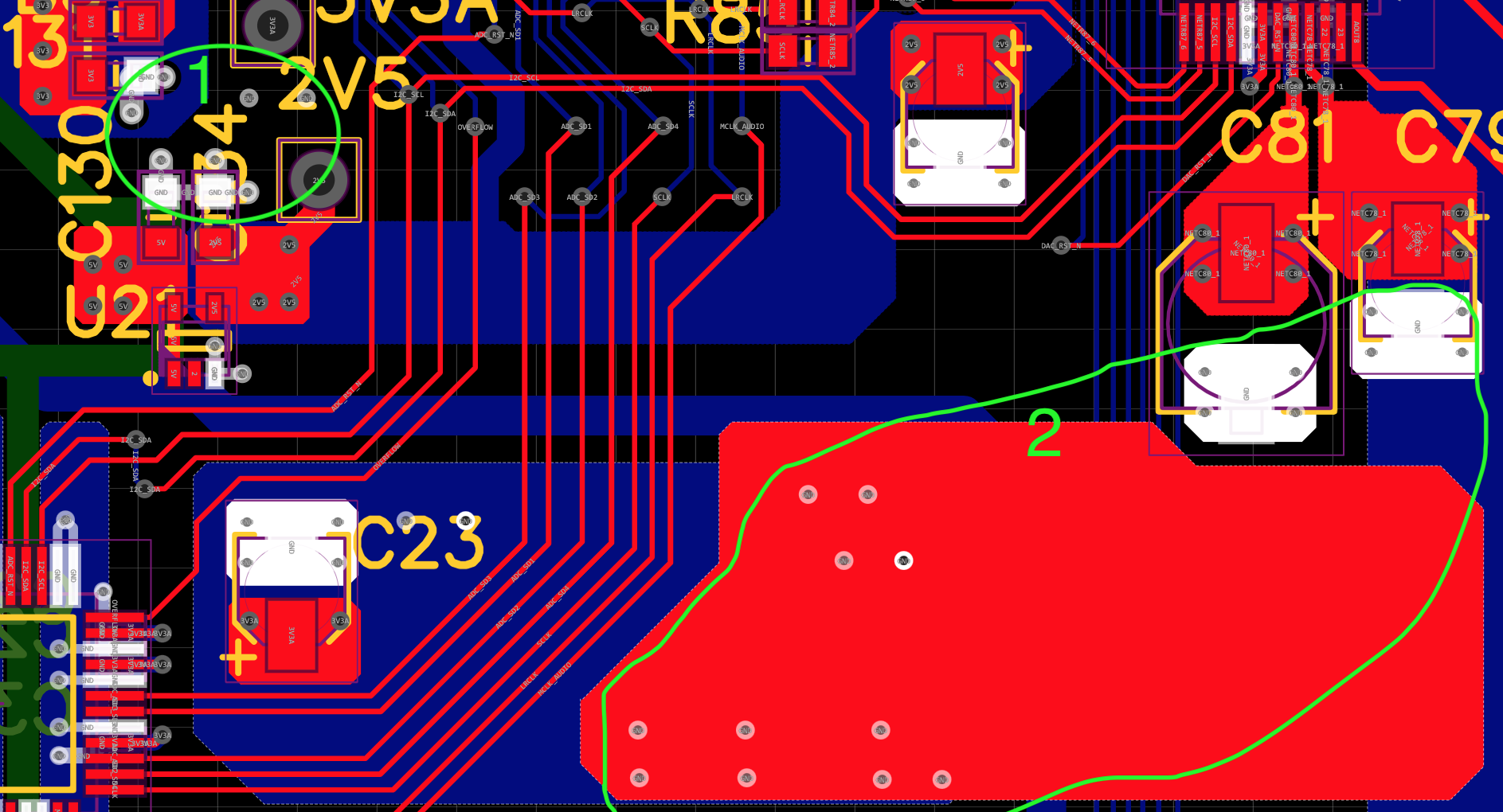 Is thier anything wrong with my pcb?

Zone 1:
The vias are tied together with traces, it might minimise high frequency inductance, for most designs it won't matter (less than nH equals GHz freq response). They are tied to the ground plane anyway if the stack up you have shown in the question is right, then there should be a global ground that is usually not visible in altium.

Zone 2:
Ground plane on the top layer, also won't do much because it would reduce the impedance to the ground plane to air by less than 1pf

Not the answer you're looking for? Browse other questions tagged pcb pcb-design ground layout copper-pour or ask your own question.

5
Proper GND pours for two-layer PCBs?
1
Microcontroller and decoupling capacitors on the VDD layer
9
Why are ground pours isolated from each other on the top layer?
0
What is the proper placement of VCC and GND copper pours in 4-layer PCB?
1
Ethernet 1Gbps - PCB stackup
2
PCB Layout Optimization Regarding VCC and GND
2
2 vs 4 PCB layers
1
Ground plane for a GSM spring antenna with 4 layer PCB
0
Ground Pours or Thieving for Filling Unused Space on PCB Signal Layers