How are these LEDs powered on?

I don't understand how it is possible to drive independently the 56 LED groups with only this MCU.

I tried to probe an LED with an oscilloscope and here is the result: 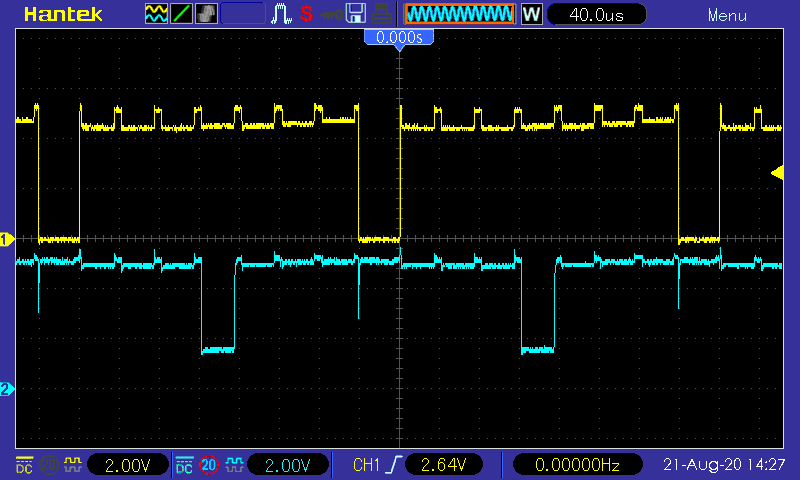 Positive is in yellow, negative in blue.

It was on an LED from a segment displaying '0'.

To the newbie that I am, it doesn't look like a regular LED...

Here is another 6-digit clock based on a similar 8-bit processor (a PIC rather than a fast 8051 variant): 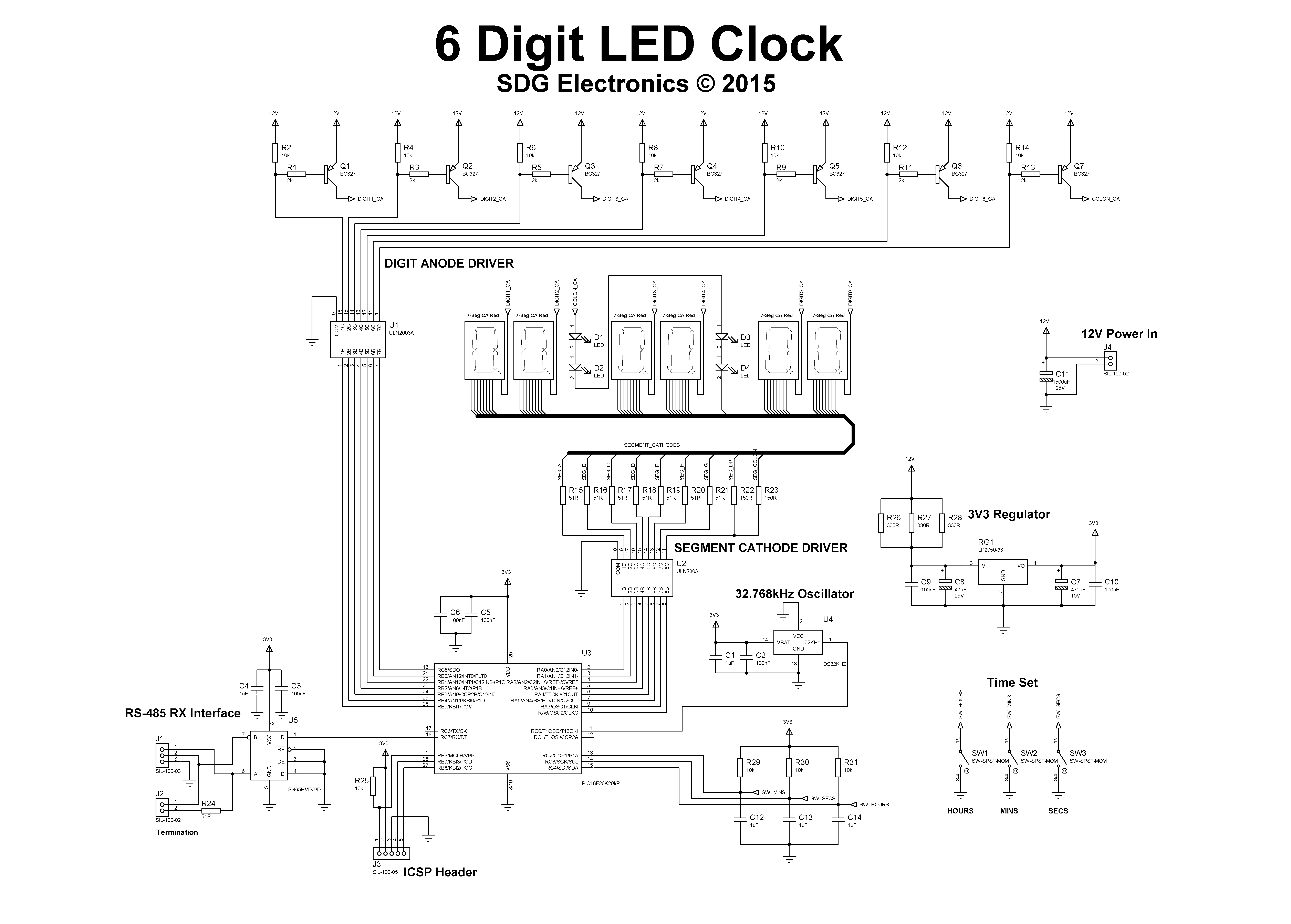 As you can see, 15 GPIOs are used to drive all the LEDs, in groups of 8 independently. By cycling through them fast enough they appear to be illuminated steadily and controlled individually.

The schematic above has driver for both row and columns allowing higher currents than driving directly from a microcontroller GPIO pins, but the principle is the same. In the above schematic there are 8 columns and 7 rows allowing 56 LEDs to appear to be independently controlled.

I see about 32usec 'on' time per column, and about 40usec per column, so that would be around 280usec for the entire display if they use a similar scan arrangement. That's about 3.5kHz, which is nice and fast.

If you move the display rapidly (shake it vertically) you should be able to perceive the scan and figure out whether it is scanning left to right or right to left (or some other way).

Unfortunately you cannot drive LEDs to 8* nominal current because this exceeds spec but maybe average 1/8th power at absolute max current. thus Muxing is often done with fewer digit duty cycle to get brighter results, unless special design like HP9825 LED display on an old Excellent computer I had by HP where they had a long alpha-numeric Red special LEDs to handle the pulsed current in GaAs.

Judging my scope I would say this is Common Anode.

The pulses on the high side indicate no current for interdigit blanking to prevent crosstalk optical fading of previous digit. Thus duty factor appears to be 1/10 time slot of peak segment current for average.

Not the answer you're looking for? Browse other questions tagged led surface-mount or ask your own question.

2
Are these LEDs glowing due to leakage current? How to prevent it?
1
What kind of RGB LEDs are these?
2
Toggle battery powered LEDs
4
LDR + RGB Led = Color sensor. How to calibrate it?
36
How efficient are LEDs?
2
How does this LED string work?
0
Zener diode question in simple LED circuit with anti-flicker for model railroad
0
How are all these Cree LEDs damaged?