I would like to have an answer about the implementation of a USB Type C device. Comparing with the USB 2.0, where the pull-up resistor is needed on D+ to select the communication speed, I did not find the specification for the Type C. My question: is the pull-up resistor on D+ (DP1 and DP2) needed, or it can be set as the image bellow? 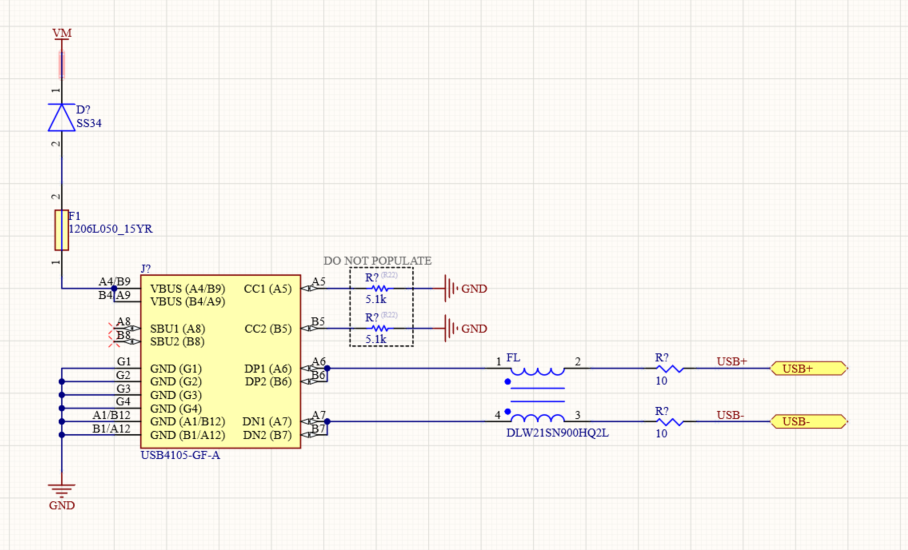 Here in this ST Application Note for USB Hardware (https://www.st.com/resource/en/application_note/dm00296349-usb-hardware-and-pcb-guidelines-using-stm32-mcus-stmicroelectronics.pdf), it is possible to read that VBUS is MANDATORY for Self-Powered devices on pin PA9 (that is my case):

In addition to this, in the same doc, it says the chip already has pull-up resistors: 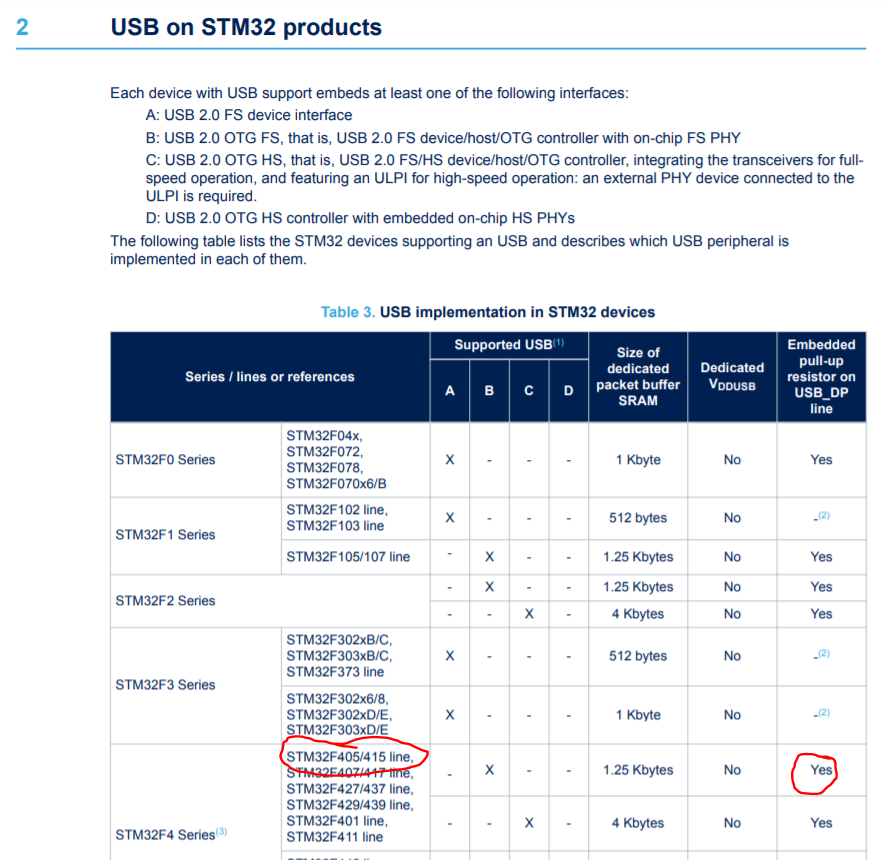 In the Image bellow, it is shown that it is needed a VBUS eference to the STM32F405, to flag when the USB cable is connected. 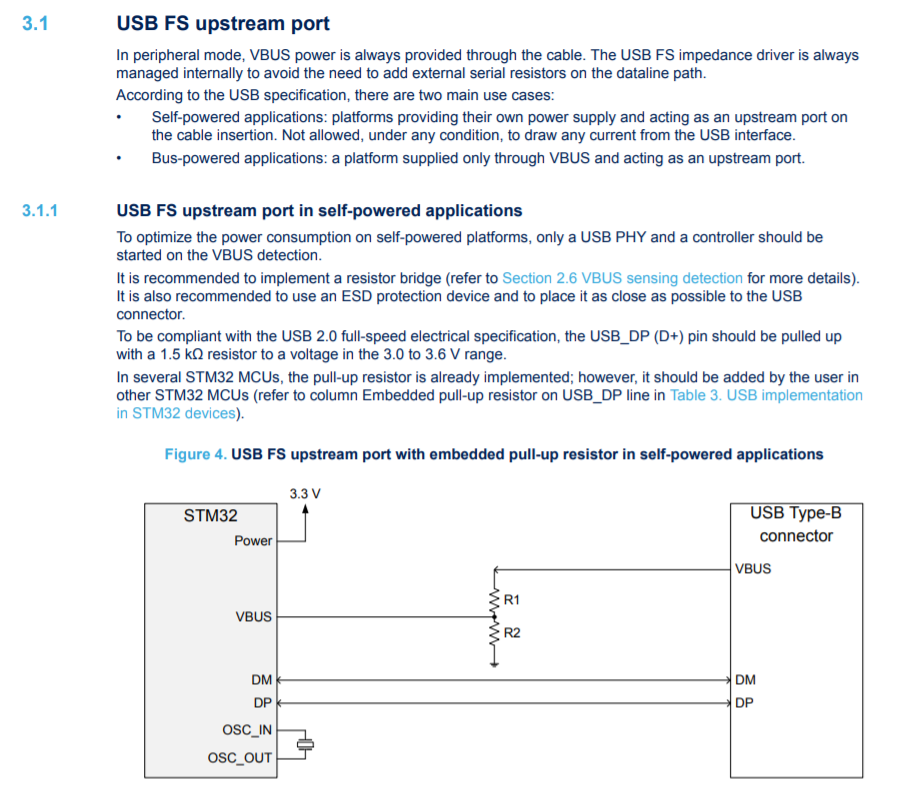 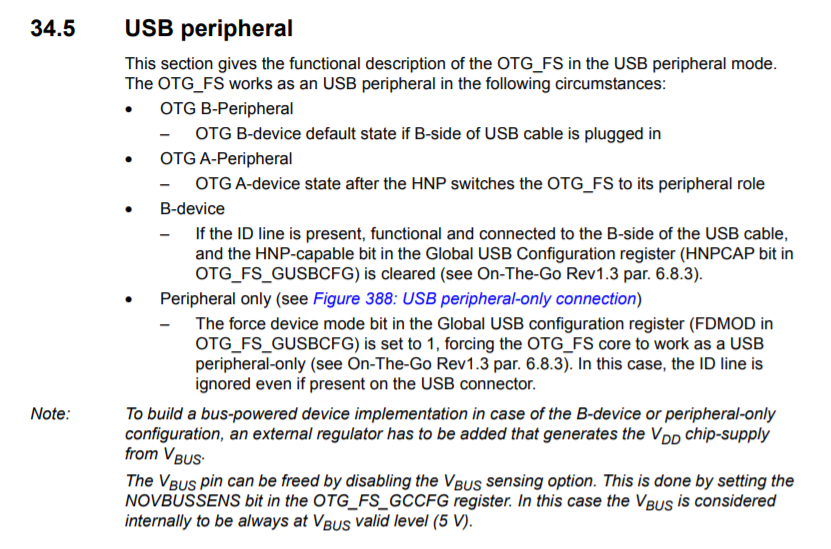 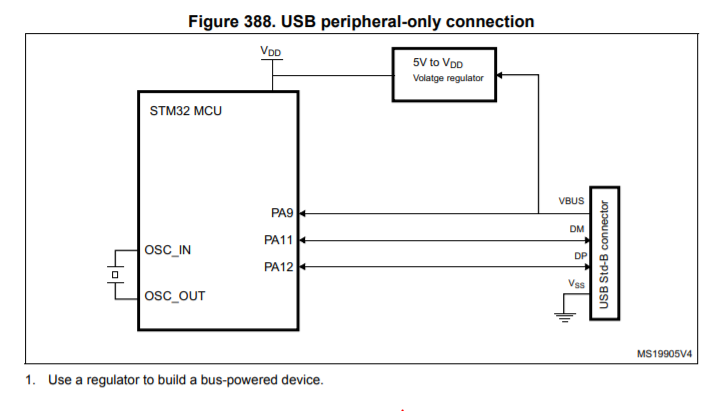 In summary, it is NOT needed for the STM32F405 the pull-up resistor on D+, and plus it is needed a VBUS resistive divider to notify the STM32 chip the USB cable to host was plugged in. Correct me if I am wrong!

[EDIT: FINAL VERSION WITH NO USB CONTROLLER] Some points, thanks to those who tried to help: 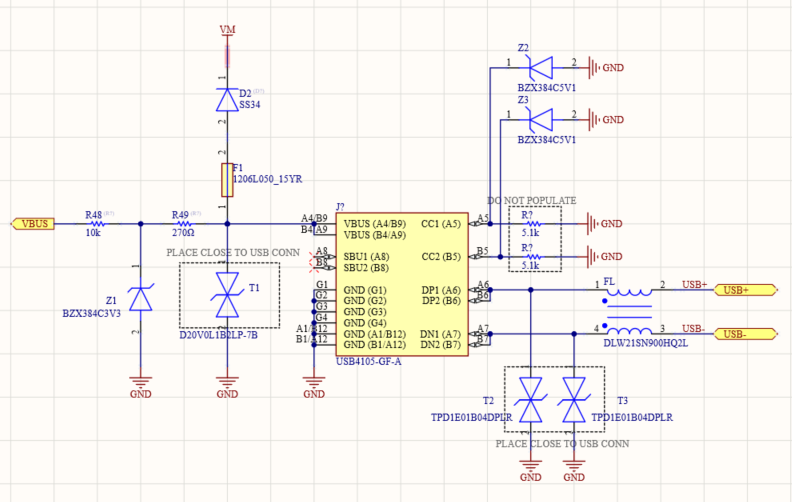 Here I post a full version to work as a device-only self-powered system, where the VM is the system's power, which can be supplied by either VBUS OR it's Battery. The FUSB302B datasheet shows a typical application circuit, and the AN6102 shows it's complementation, where a 5v1 zener diode is added to limit the CC line voltage to avoid voltage rising above 6v - when illegal cables are used. 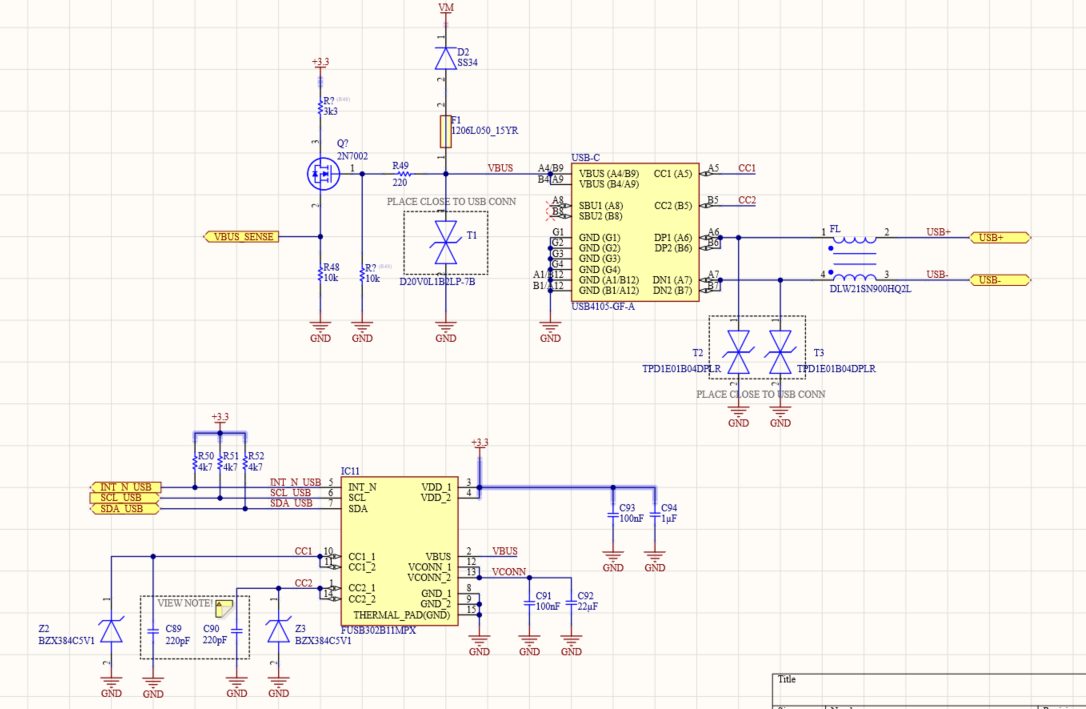 USB2 speed-defining pull-up is a function of a device itself (which should be on the right-side of your schematics). Type-C by itself does not care about USB communication, it is an independent connector specification. The two 5.1k pull-downs on your schematics do define the device function, it is sufficient.

Not the answer you're looking for? Browse other questions tagged usb usb-device usb-c usb-host or ask your own question.

22
Does a self-powered USB device have to connect to VCC from the host port?
0
Should I connect the computer VBUS line to the 5V line of the board?