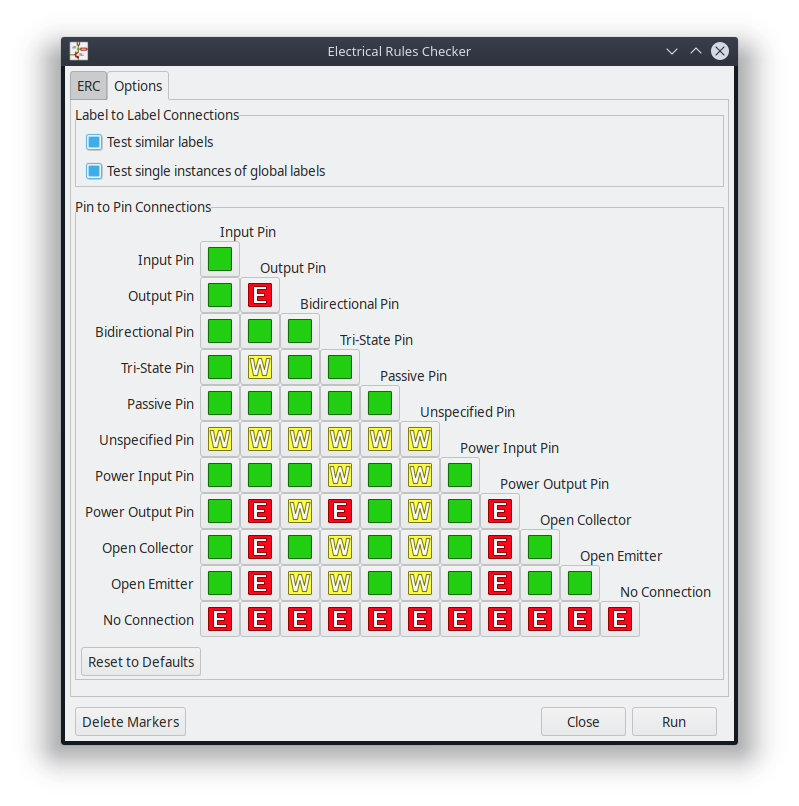 1
Can I continue to generate a netlist despite ERC errors?
7
Kicad: Connect power to bidirectional pin
2
"Conflict power between pins" with a voltage regulator
1
How to route Vdd and Vss to CD4011 in Pcbnew
1
Grid like footprint on kicad for RPM5-3 component
1
How should I use 3.3V + 5V in KiCad without getting an ERC error?
1
KiCad Saying Pins Not-connected
0
PCB with KiCAD: Possible error in routing decoupling capacitors
4
How do I tell KiCad where the power is coming from on a Eeschema
4
KiCad ground plane error or DRC glitch?