How can Kirchoff current and voltage law be applied here 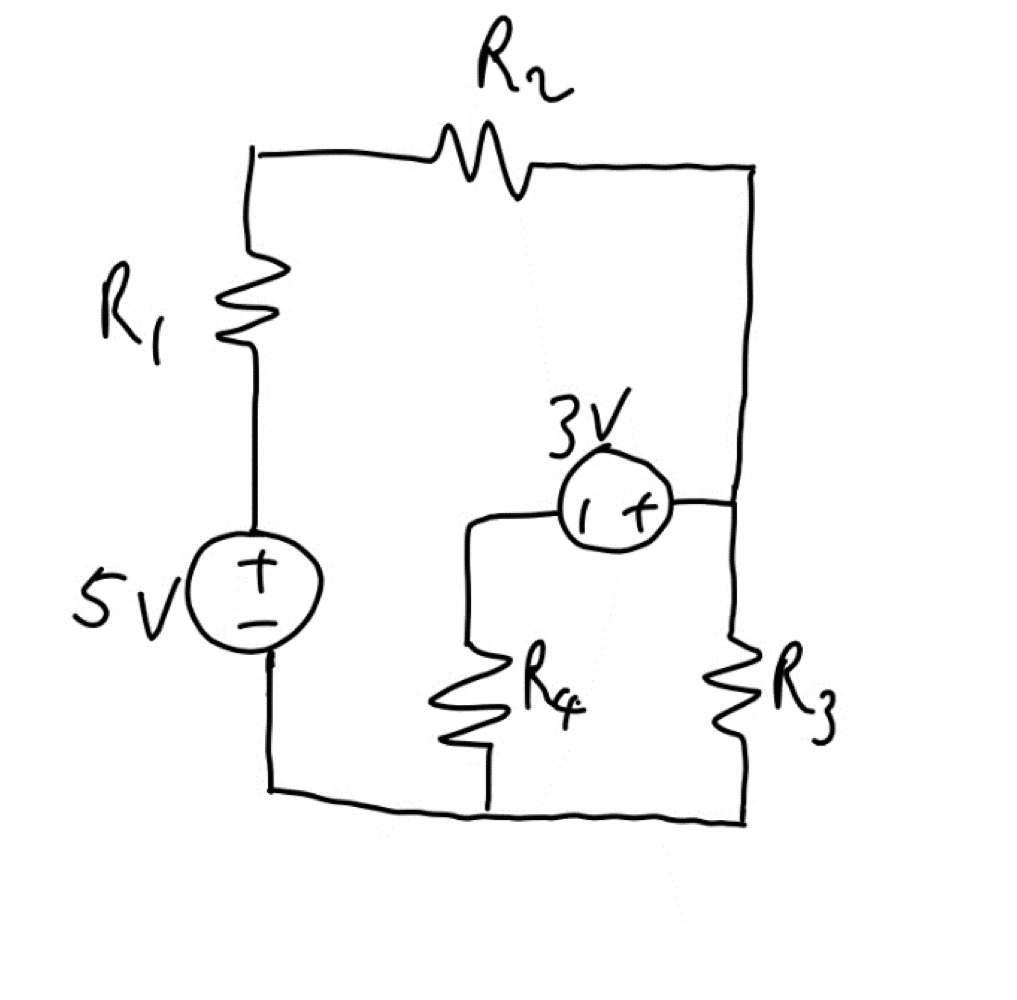 Assuming all the resistors have a resistance of 4 ohms, I’m having difficulty trying to figure out how to find the values for potential difference and current across each resistor. I tried to apply the law to 3 different loops in the circuit, giving me 4 simultaneous equations but there are no real roots. How do I go about tackling this problem?

I recommend early and continual practice at redrawing circuits to novitiates in electronics. It's an essential skill and it takes regular practice in order to yield some of its greater powers.

The schematics produced by Tektronix (at least, back in the day I was being taught by some of their best schematic drafters) are some of the more-respected as being well-drawn and understandable. And there is a reason for that. You can read a snippet of my own education by those schematic draftsmen at Tektronix who trained me by reading here.

I'll add an Appendix below that summarizes a few guidelines that those teachers directly taught in their classes. Some of them I'd learned on my own, too, and they simply hammered them into me better than before: "Don't bus power around." But some I hadn't learned on my own and yet instantly knew their importance once mentioned: "Treat your drafting paper as if conventional current flowed like a curtain from the top of the sheet on the drafting table downwards towards the bottom of the sheet and let signal flow from left to right across the sheet, as it uses that current flow to help marshal it along."

Below, you'll see that I've gone through a series of thinking steps which respect the rules in the Appendix below. Reading from left-to-right across the schematics below, and then top-down, in that order you'll find the following: 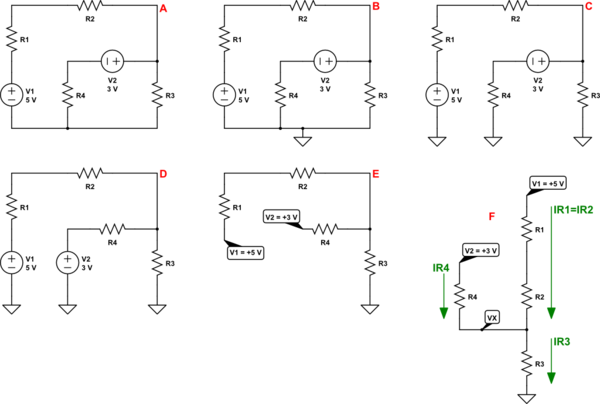 Now that you are at F, you can see that there is really only one important node voltage that is unknown, \$V_X\$. This can easily be solved by using the following KCL:

If you solve that for \$V_X\$, which is just simple algebra to achieve, then you have enough information to answer other questions, as well. (See KCL Addendum below for a short explanation about setting up the above equation.)

That's the better I know how to teach you ways to process an arbitrary schematic, shape it into a more readily understood and processed result that may also offer some simplifications to the analysis, and then follow through with that analysis from several perspectives. At least, that's the better I can do in the allowed format here.

The KCL equation appears to treat node voltages as if they don't have to be differences, but can be absolute values. However, that's not really the case here. In fact, I'm just using superposition (which is easily seen once you've really had the concepts deepened into you.) This is, in fact, the same technique used within Spice programs (those where I've directly looked over the code used to generate these.)

31
How were schematics drawn before CAD?

4
Finding current using Kirchoff Law, but getting unsolvable system
0
Finding the thevenin voltage
12
Internal resistance of a battery
1
Direction of current flow in resistor networks
2
How can I find the voltage across R4?
1
Circuit Analysis and Voltage
2
How do I find the effective resistance of a Thevenin circuit if the points are in between resistors
0
How to analyze a capacitor connected to a DC voltage directly (no resistor)?