Can an electrostatic motor produce constant torque at varied speed?

The idea of this question came from a DC motor that produces less torque by greater speed.

Note: Referece motor for my question youtube video. THis is picture capture from video. 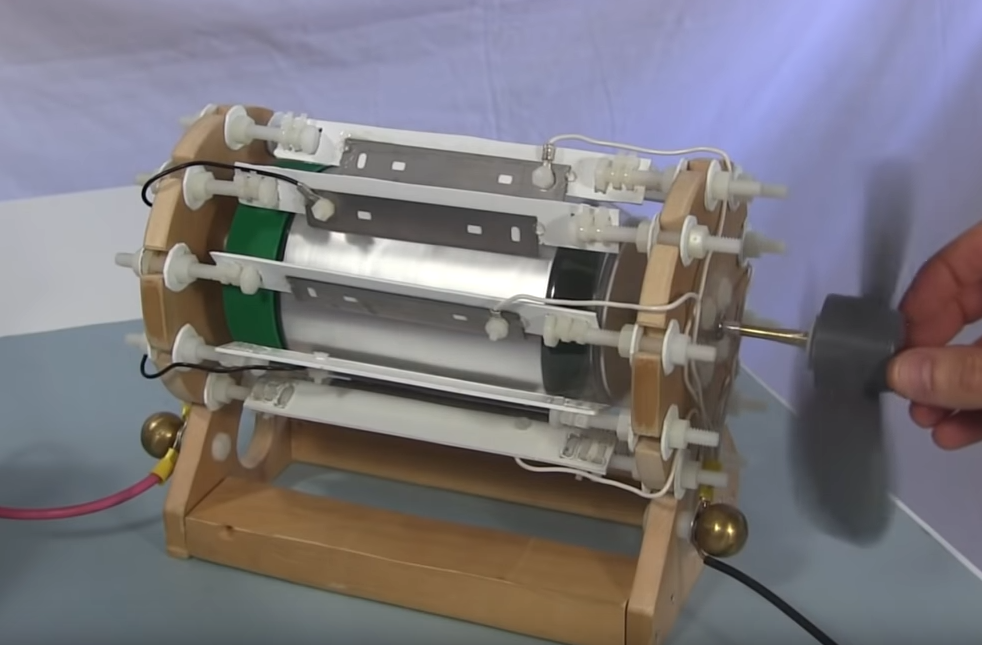 There are many types and configurations of electromagnetic motors. Many of those configurations can be operated in a way that the motor has the capacity to produce constant torque with variable speed over a substantial speed range.

There are technical papers describing current and recent electrostatic motor research. Some of them may be openly available. I will see what I can find.

I believe these are open source:

SEMs have declining torque with increasing RPM just like magnetic ones but can be only 5% of the stall power at the same torque at 0 RPM.

But what they consider “medium voltage” 5kV for electrostatics we consider Ultra High conductors for semiconductors , so speed control or constant torque using transistors in thus range are worth a hundred bucks because of the overkill on current ratings.

So your torque is not constant with RPM.

I wonder if the e in SEM’s are excited or electrostatic. (Lol) but 5kV would be exciting with partial discharge sparks flying thru the dust. It could kill a thousand mosquitoes per second.

The inversely proportional relationship between torque and speed is universal and can never change.

At constant power, there would be increasing torque with decreasing speed and vice versa.

In any motor, torque would remain constant as the speed is reduced, should the power also be simultaneously reduced, and vice versa.

The behaviour would be the same with a DC motor having 'armature control' up to the rated speed and 'field weakening' after that. 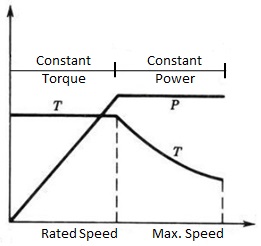 Not the answer you're looking for? Browse other questions tagged motor electrostatic or ask your own question.

0
What other ways besides using magnetic fields can we use to convert mechanical energy to electrical energy and vice versa?

1
AC Motor torque simulation
2
Can I drive a three phase induction motor with this method?
2
Configuring BLDC motor for low-speed application
1
Asynchronous induction motor, current in stator
9
Why does my BLDC motor change behavior at high speed?
0
How does a generator not stop itself?
0
Why can a (industrial) servo motor run faster with higher DC-link voltage
0
Torque RPM Characteristics of Single Phase Induction Motor within Maxwell's Equations