Effect of parameters on feedback system and some confusion regarding it

1.what is difference between actual input ,reference input and disturbance input ?

2.is reference input setup by designer or its unwanted input ?

3.is output of of the feedback settle at value equal to reference input after infinite time?

4.I know feedback minimize the effect of disturbance input ,but what about other two inputs i.e actual input and reference input ,how does feedback system effect these two inputs ?

I am ok with rigorous mathematics ,if anyone wants to explain by maths by taking any particular example and even a theoretical answer would also be appreciated! 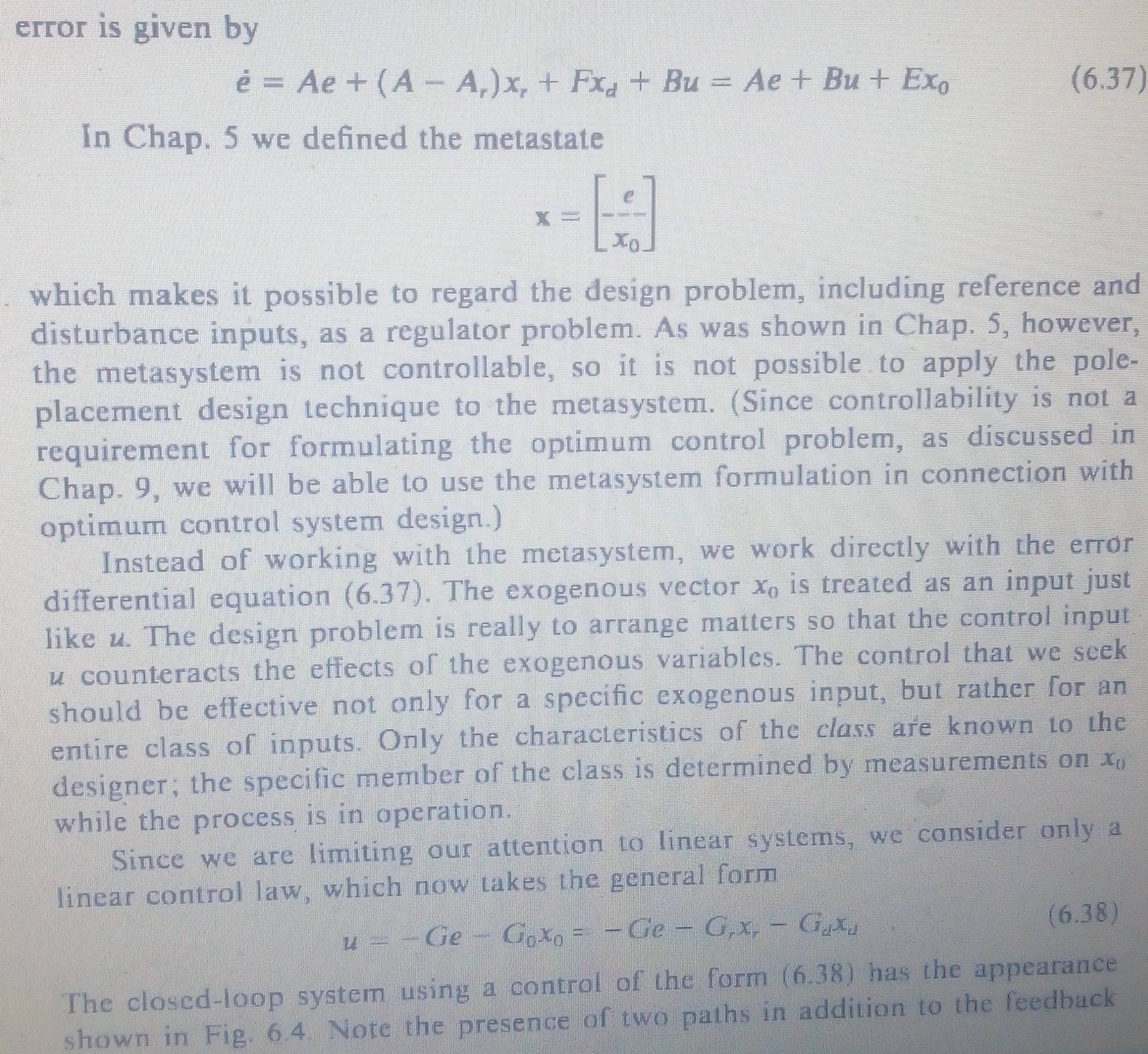 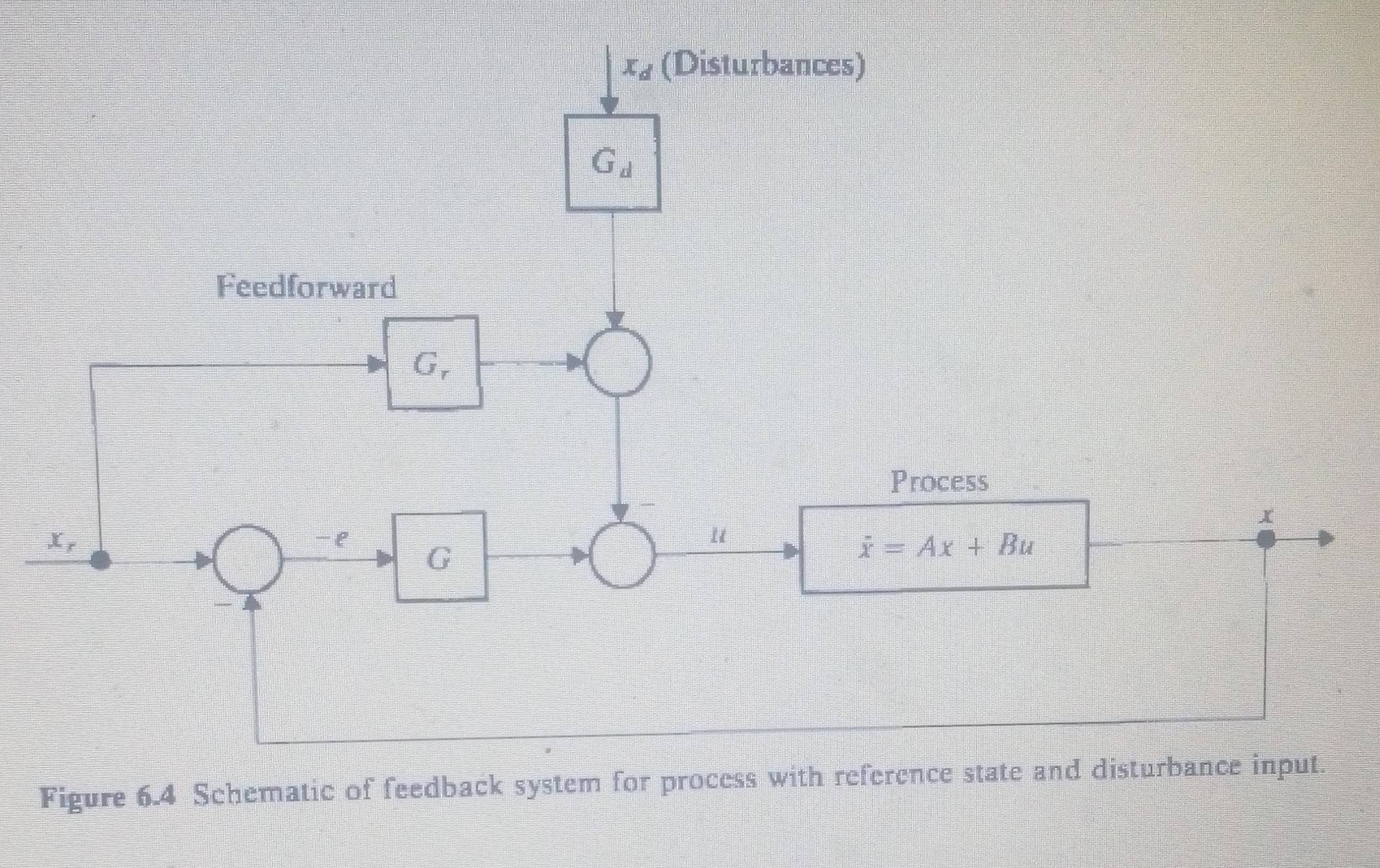 I'm not interested in spending a lot of time on this, right now. Other work needs doing today. But I can offer a thought or two on the basis that you are discussing NFB.

NFB linearizes. It's amazing at it. You should play around with it, using paper and pencil. You'll gain a lot from taking some arbitrary equation, applying NFB, and then seeing the new closed equation.

For example, start with:

The original and resulting curves are:

Well, one looks more linear than the other to me. (See LambertW Appendix below for derivation of the closed equation.)

Suppose we do something trickier:

(The above equation isn't too far from what you might get from a BJT operated as a grounded-AC CE arrangement.)

Notice the nice recovery of the sine wave? This is why global NFB is critical when you are using a grounded-AC BJT amplifier to get high voltage gain!

I've taken a few examples based upon what I consider to be kind of crazy -- functions that are exponentials of other functions -- just to exaggerate the problem a bit.

But don't stop there. You can do this to polynomials, too. Or anything, really.

Apply 10% feedback to it (there will be two solutions) and get:

And so it goes.

The LambertW function is also known as the product-log function. In the first case I listed above, I followed this derivation:

As exponentials (and logarithms) appear frequently, it's a function worth learning about. Anytime a variable appears both inside and outside of a logarithm or an exponential, you should think about it.

There's an odd history to it. Leonhard Euler investigated it. But in that paper he refers to Johann Lambert and as there were already lots of stuff named after Euler. So the function got Lambert's name assigned to it.

I will try to give you a short answer to the 4 questions (with reference to the shown block diagram):

(1) Actual input is the most left signal (xr). At the same time, this signal serves as a reference for the output x (both should be as close to each other as possible. Therefore, the signal "x" is fed back to the summing block (100% negative feedback).

(2) Of course, "xr" is a "wanted" input (externally applied reference) because it will be compared at the most left summing block with the output "x".

(3) No, both signals (x resp xr) cannot be equal because in this case the loop gain (gain of the open loop) must be infinite (difference signal at the output of the summing block zero). In your case, the loop gain is LG=G*Hp).

(4) To answer this question it is best to simply compare the two closed-loop transfer functions. For this principle comparison the feedforward block Gr is neglected (for the sake of simplicity). The transfer function of the process is designated as Hp.

As you can see, only for a very large product GHp the function Hr approaches unity (both signals nearly identical). Comparing both transfer functions, we see that Hr is larger by a factor G. Hence, the output portion caused by the disturbance is suppressed with this factor. Therefore, the block G should be as large as possible.

Not the answer you're looking for? Browse other questions tagged design control-system feedback or ask your own question.