This figure is from book by Norman S. Nise and can anyone explain me following variables and their effect on the system

1.'r' , as far as I know it is reference and here author considered its value zero but

who provide this reference ?(designer or its disturbance)

what is its purpose (or what impact it has on this system)in context to this figure?

What will be its effect on this system if let's say its value doesn't equal to zero? 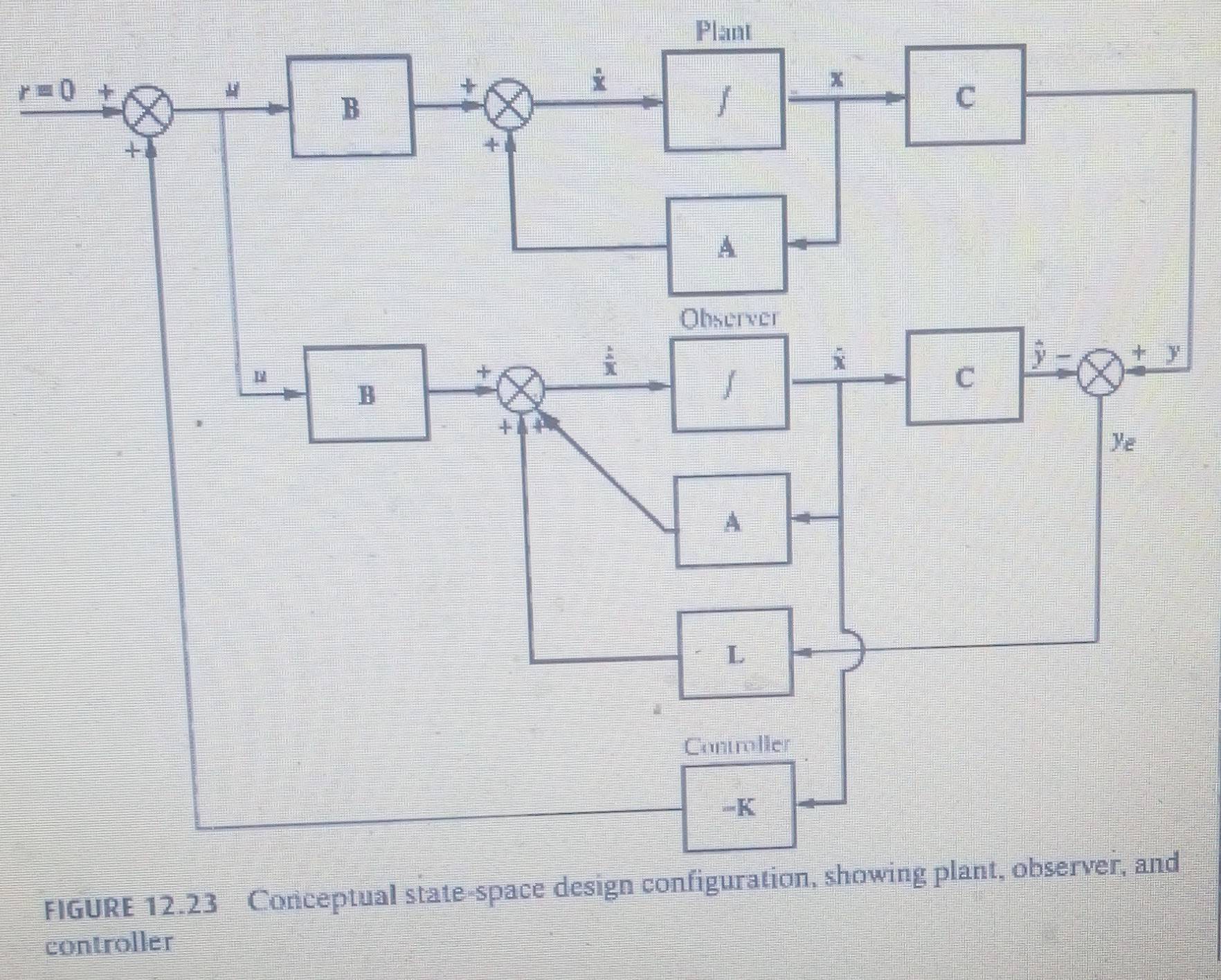 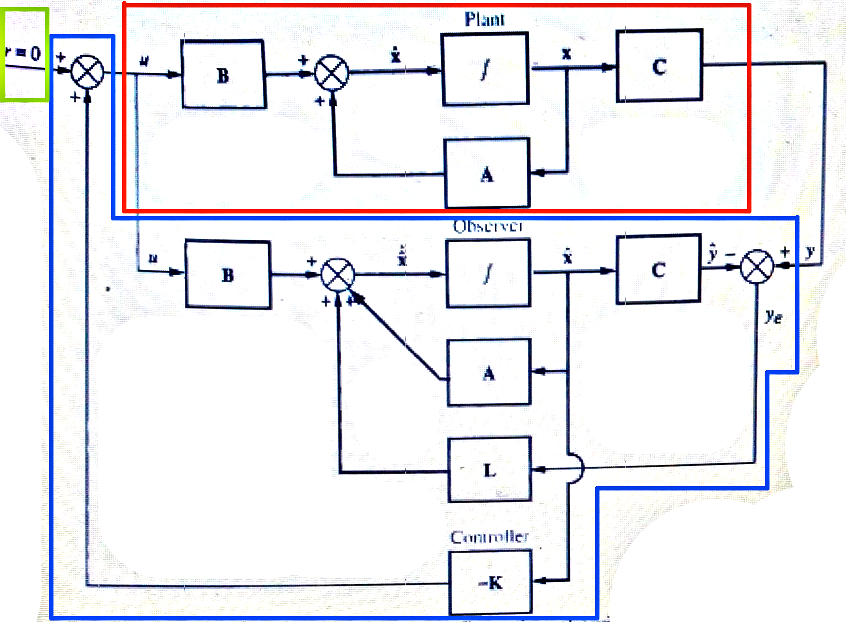 The part enclosed by the red line is the plant or the system which we are trying to control. Only one set of inputs pass into the system from outside; It is labelled as u. The output of the plant is shown as y. The block diagram inside the red line is only a representation of the actual system. If we break open an actual plant we won't be usually able to see separate pieces which we can label as B, A, C etc.

u is not just a variable. It is usually a physical parameter like voltage, heat, flow etc.

The part enclosed by the green line is the reference signal. We want the output of the system y to follow this reference r. Yes, sometimes it is set by a human being. e.g. a person turns the thermostat dial to 25 deg Celsius. As seen from this example, it need not be zero.

In this diagram, the disturbance input is not shown. Usually it is shown as line going into the system just like u. Unlike u, it is not under the control of the control system or a person.

The part enclosed by the blue line is the control system or the controller. In this particular example, the controller contains inside it, an observer as well as a feedback gain. Depending on the system, the observer blocks may be absent, and only a gain K will be present (connecting y to the left most summing junction). The controller is designed by the engineer. It is usually an electronic circuit or a software program or a combination of both. If we break open a controller (hardware or software), we will usually be able to label the pieces L, K, B, summing junction etc.

Not the answer you're looking for? Browse other questions tagged control-system controller state-space block-diagram or ask your own question.

8
Block diagrams can be different and still works for the same system?
0
Solving the differential equation in control system engineering
1
Using mesh analysis to get the transfer function of electrical system
1
State space representation of parllel RLC circuit
0
Is transformation from one state representation to other state representation changes the transfer function of the system
0
Effect of parameters on feedback system and some confusion regarding it
0
Balancing a stick using two different designs and comparing both
2
Problem in selection of state variables of inverted pendulum
1
How output is not zero if error is zero in control systems