Why are engine spark plugs w/o resistor so potent killers of electronics nearby them?

I've recreated the ignition coil part of a small Honda ICE (typically used in lawn mowers or single-digit kW gensets). I use an electric motor to turn a flywheel taken from a dead engine, and I've placed the ignition coil unit just like in the real engine, with a spark plug and all. I get sparks when the flywheel runs faster than 500 RPM. 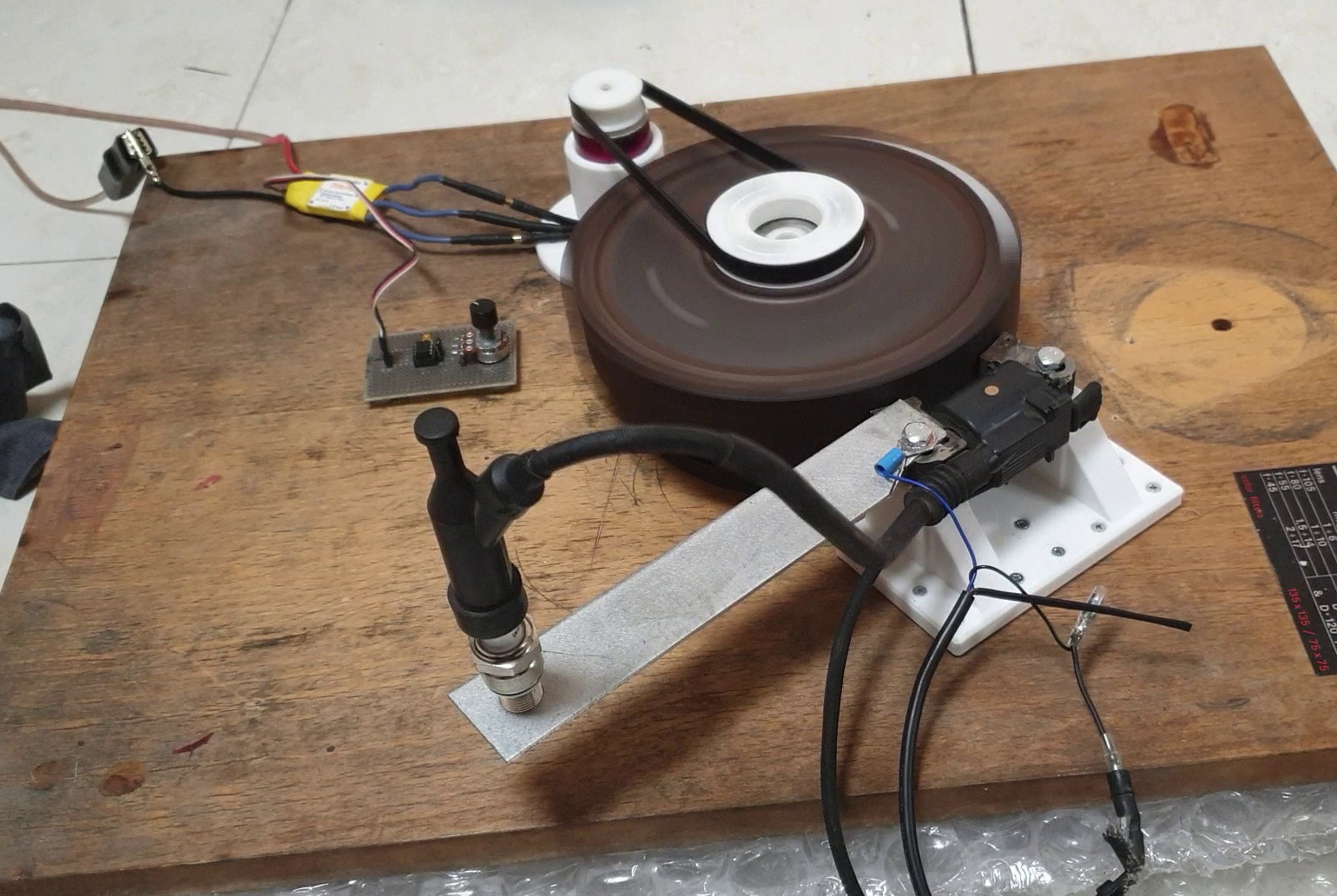 The ignition coil is meant to be operated like this:

In my setup, the engine chassis is this strip of metal where the spark plug rests on, and I don't have a kill switch (I don't need one).

The signal to the kill-switch is much lower voltage (25-100V) and has some strange shape, but with some dividers and low-pass filters I've conditioned it for a digital input pin of an Arduino. The signal conditioning circuitry shouldn't matter much (see below), but I'm including it for completeness: 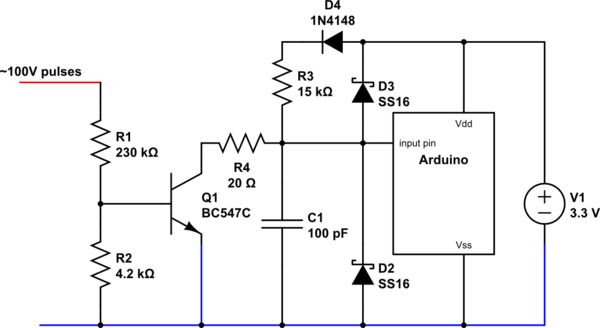 I'm observing the following results with engine at 1000 RPM and a non-resistor spark plug:

If I swap the spark plug for a resistored one (Denso W20EPR-U), I'm observing

I also have a GPS chip connected to the Arduino. It shows similar behaviour (it reboots furiously when the non-resistored spark plug is used). All chips are duly bypassed by caps. Scoping on the power rails do not reveal any glitches. The GPS, of course, has a sensitive antenna, which I guess picks up a lot of noise.

What mechanism causes the Arduino's MCU to reboot furiously when I only have the grounds connected? And why the change to a resistored spark plug fixes it so well? Also, how to protect against the non-resistored spark's nastiness? Is opto-isolation a must?

Every time the spark plug fires, an impulse of current flows through your circuit. Portions of your circuit act as an antenna to radiate some of that power. From your photo, I would guess this is largely inductive, so the transmission would be predominantly near-field magnetic induction.

Normally, this is prevented by component design -- and the big chunk of metal doesn't hurt!

The spark plug wires will often incorporate some EMI suppression in how the conductor is wound, and some wires are even shielded. The spark itself is usually contained inside the engine block -- not a bad Faraday cage -- and the return currents flow back to the coil through a huge cross section of metal. All of this helps to reduce EM radiation, but custom hot-rodders still struggle with EMI.

On your setup, the spark is exposed and all the return current flows back across a relatively narrow path. These are both suspects as antennas: the gap itself at high frequencies and the long metal strip for lower frequencies.

Now, why would the resistor spark plug change things? The resistor creates a weaker spark, lowering the current impulse and so the RF signal.

What's likely happening is that the spark plug is causing the ground to bounce because of absolutely enormous currents and the residual resistance of the chassis. If the chassis is made of crap metal or the bolts aren't particularly conductive, there's probably current flowing all over the place.

The fact that the Arduino works when placed close to the spark plug (short distance to ground disturbance so low voltage drop) suggests that this is what happens (if the coupling were magnetic or radiative--closer would be worse, not better).

A "resistored" spark plug simply limits the current that can be discharged which keeps the ground bounce below a threshold that would reset the Arduino.

Now, "Only the grounds connected" should not cause the Arduino to reset as that would only be a single connection and electricity must follow a closed loop.

However, are you SURE that you only have grounds connected? No screws somewhere? No other pins? Your fingers aren't touching something? No conductive path through solder resist to chassis? Input pins also count as connection they have diodes to VDD and GND to bleed off ESD that can get biased if the pin goes above VDD or below GND.

Not the answer you're looking for? Browse other questions tagged emc emi-filtering spark or ask your own question.

5
Ignition coil arc initiation with protected low voltage continuation?
1
Controlling a spark plug using 555 IC
3
Spark plug cable firing interrupts
9
The Pin 1 Problem in Audio, Star and Mesh Ground, and Contradictory Grouding Practices in Audio and Digital Systems
3
Why are radiated emissions standards for consumer electronics different from industrial?
1
Stopping flyback spark from inductor, but only some of the time