Why do we not use true sine waves in power inverters instead of PWM?

These days it seems all power inverters use variable PWM and an H-bridge to generate the signal which drives the output transformer. Why do we not use a pure sine wave oscillator and amplifier instead?

It seems to me the technical complexities of PWM are much greater than a simple sine-wave. But I cannot find a single example of an inverter which uses a sine wave oscillator. Therefore, I'm assuming there are very good reasons for not using such a design. Can anyone explain what those reasons might be?

To generate a true sine wave from a DC bus requires a linear amplification system and, this adds up to a lot of power losses (maybe around 35% of the power output). It's as simple as that.

PWM mimics a true sinewave with a fraction of the losses (maybe 5 to 10% of the power output) albeit with some harmonic distortion that is removed using filters (lossless types in the main). 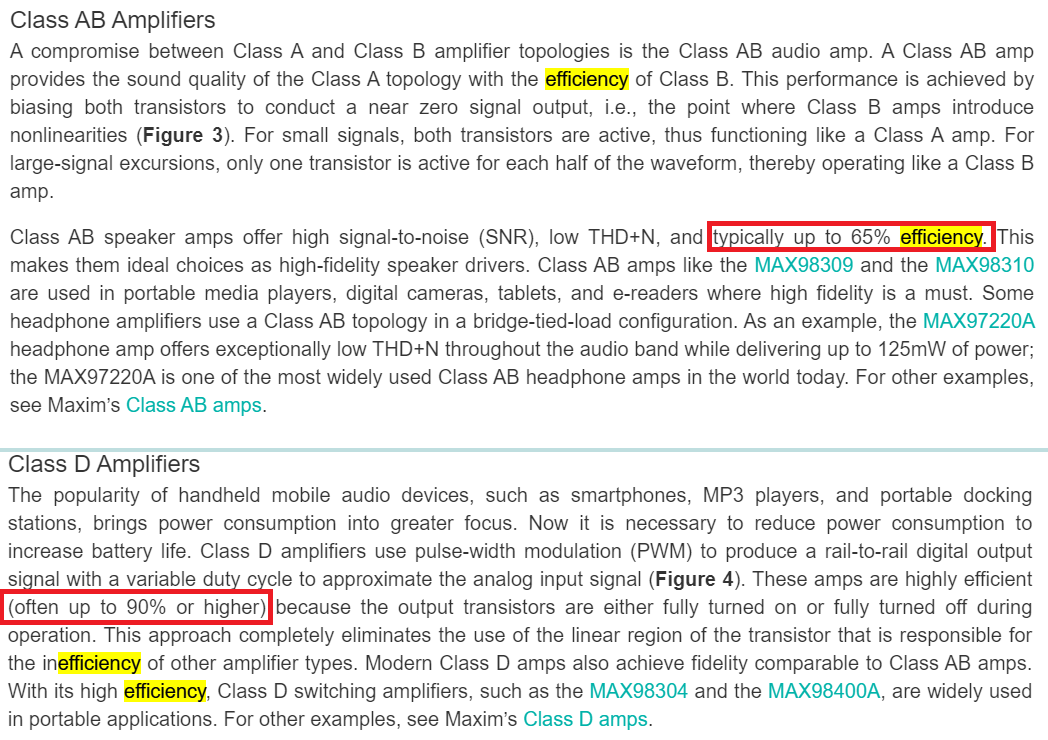 PWM allows the output switches to be fully on or fully off. The power dissipated in the switch is given by \$ P = VI = I^2R \$ where V is the voltage across the switch, I is the current through it and R is the switch resistance.

Let's look at an output stage using IRLZ24N MOSFETS (chosen at random) and running on a 20 V supply. The datasheet says that the on-resistance of the device is about 60 mΩ. Assume an output load is 2 Ω so 10 A peak current.

Now consider your sine generator. When the sine is have way up the curve there will be 10 V across the switch and 5 A through the load.

This means wasted power and a big thermal management problem.

We use PWM for efficiency.

It's basically because we have no solid-state way to reduce voltage without dissipating heat. When a solid state switch is fully on it conducts lots of current at almost no voltage drop, and when it is fully off it blocks full voltage at nearly zero current so losses are low.

Anything in between it behaves like a resistor. So to avoid lot's of heat and power loss we only use solid-state switches in full on or off in power applications. This rules out the simplest method of producing a sine wave for high power applications which requires a gradient of output voltages.

If you want to make a sine-wave while still using the switch only ever in full no or full off, then it becomes more complex than simple PWM because you are still PWMing to maintain efficiency in the solid state switches, but now you are adding on extra filtering afterwards to turn it into a sine wave.

The losses in an amplifier are significantly higher than in switching schemes like PWM. For high quality sinusoidal output one can combine the two approaches e.g. like shown in this paper: