I've received a prototype for this PCB I described in a different thread:

After that I hooked the motor to some load, a planetary gear 1:25 with a small hydraulic press. I managed to output the desired pressure on the hydraulic press but D4, Q1, Q2 died and the motor kept spinning. They all became 0 Ohm resistors. No smoke and no bang, eveything looked fine until I released the trigger and the motor kept spinning. Everything else seems to still work fine, after I desolder D4, Q1 and Q2, expect that the motor can't spin anymore.

My question is, why did my design fail ? I measured 10A@14V, both MOSFETs parallel should easily be able to handle that load.

From the old thread: 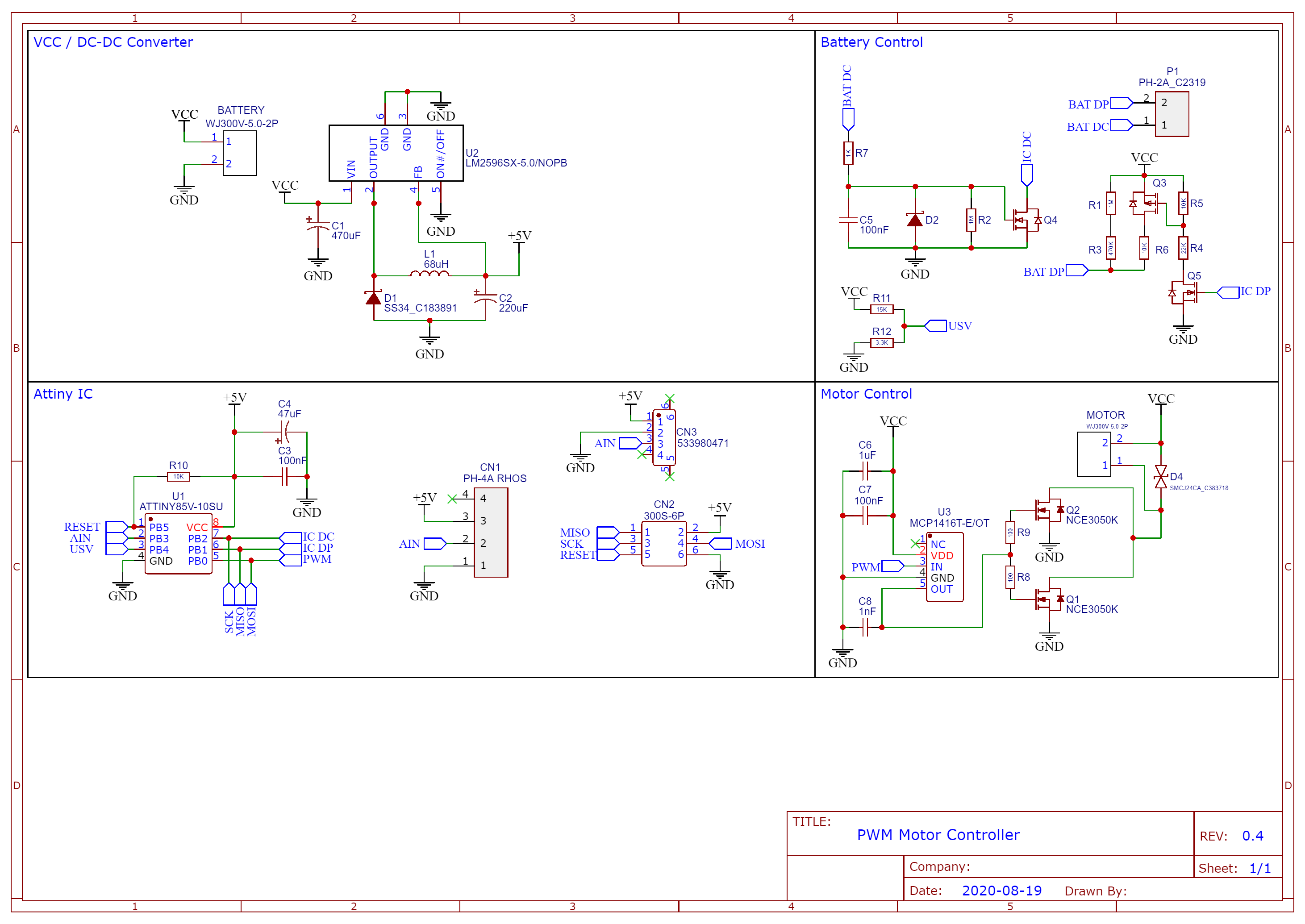 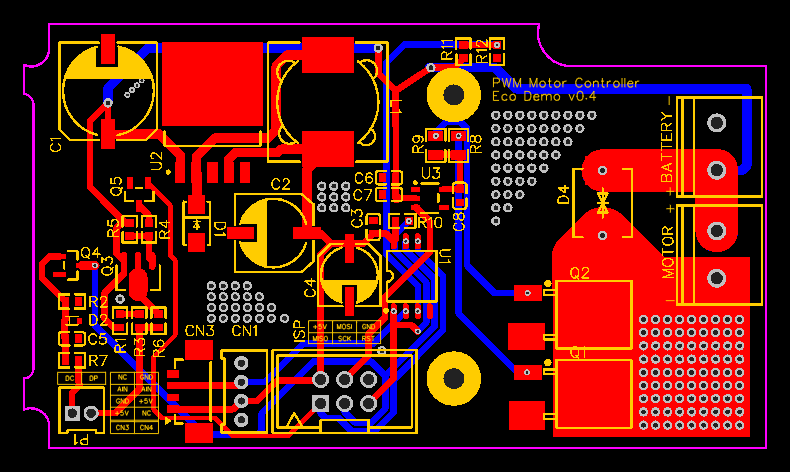 They got destroyed due to inductive kickback. The TVS diode is not a correct choice, you should use a schottky diode at that position.

When the MOSFETs were switched off, the motor induced a high voltage, that was clamped with TVS, but these devices are meant to surge a short pulse, not to dump entire motor energy, so it has blown, consequently MOSFETs also blown due to HV pulse. 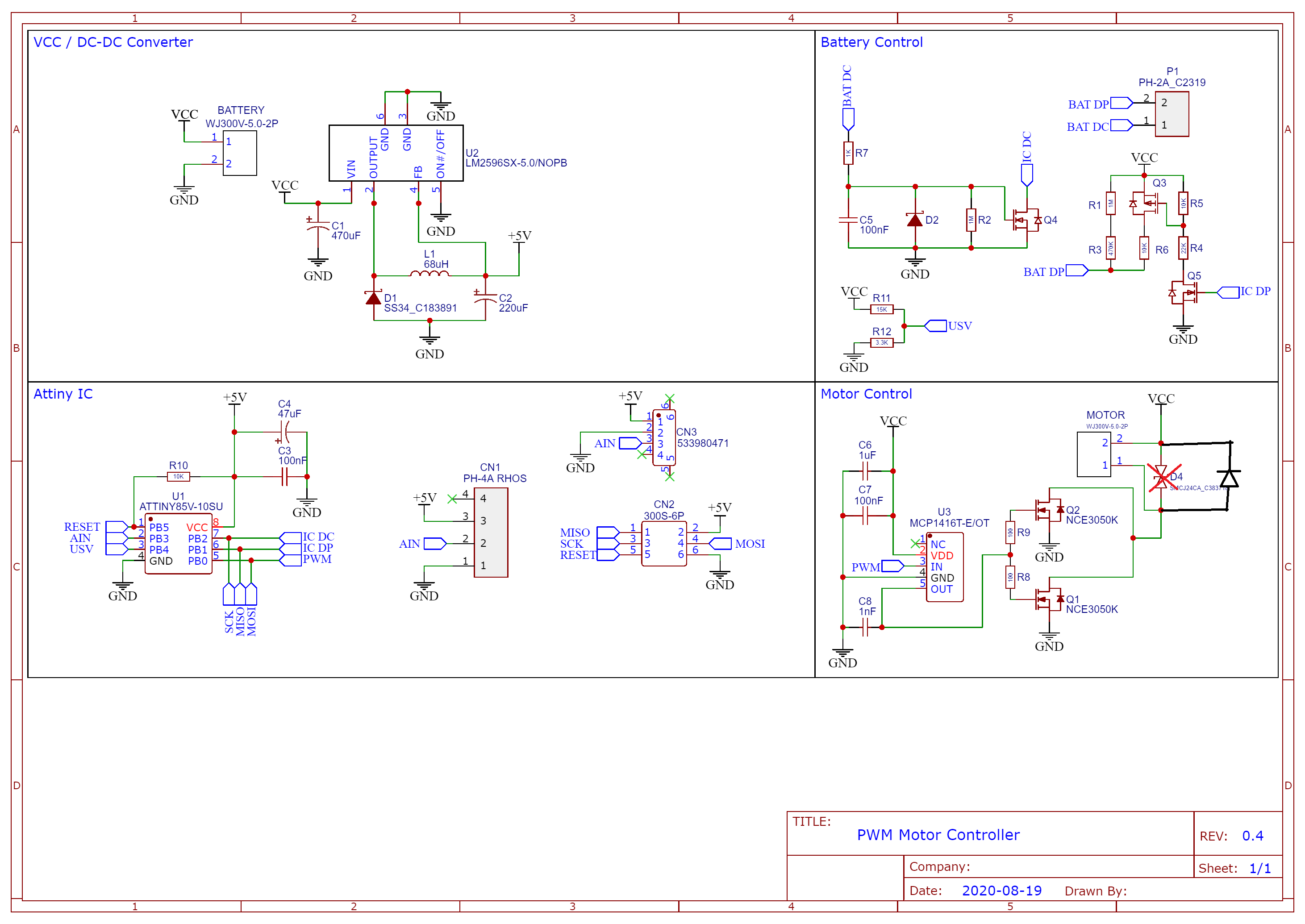 My question is, why did my design fail ?

Q1 and Q2 have a maximum drain-source voltage rating of 30 volts. The TVS will limit the drain voltage to Vcc + 24 volts plus anything up to 10 volts more across the full range of likely motor currents. If Vcc is anything above 6 volts then you have a bad design for a motor load current of milli-amps. If the motor load current is several amps then it's basically a bad design choice.

Use a fly-back diode is my advice.

You don't need a schottky diode by the way; just a diode that can handle the peak operating current of the motor.

A brief note about the TVS diode you have chosen: - 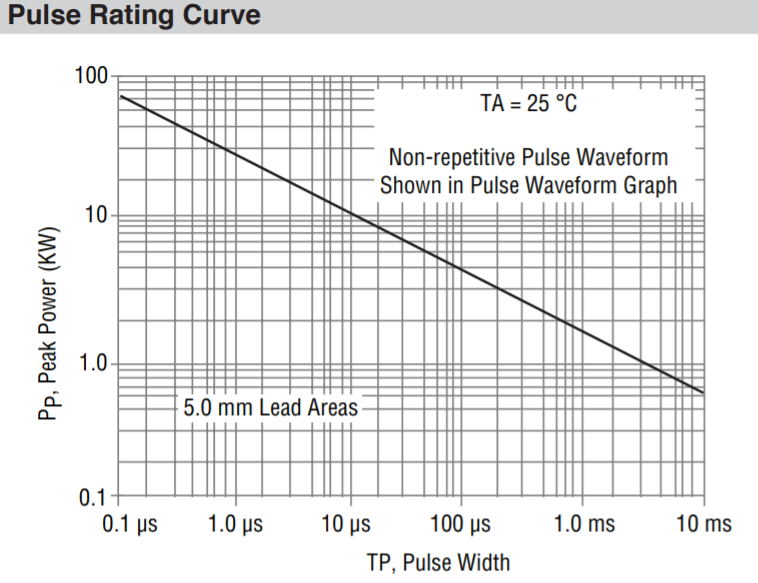 Here's the Bourns logo so you don't get confused.