How Can I Design a Non-Inverting Active High Pass Filter? 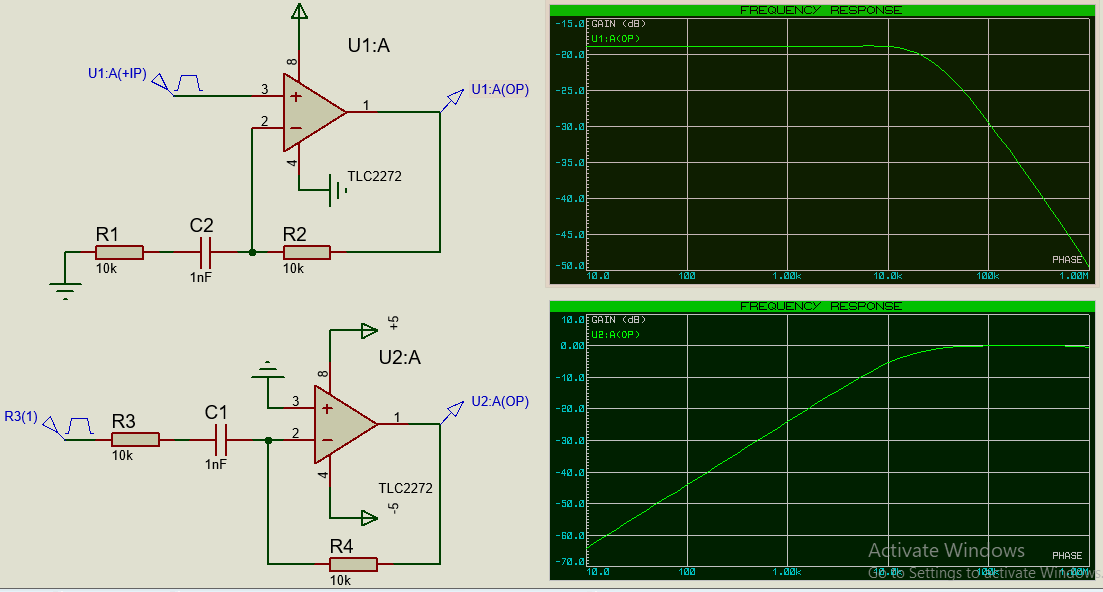 All the active filters I've found 0n books and google are inverting type (i.e. input signal is applied at the negative input pin of the op-amp).

I thought if I apply the input signal at the positive terminal, it may work as a non-inverting high pass filter. But the frequency response (Proteus 8.6 simulation) looks like a low pass filter.

As my power supply is either 0-5 or 0-3.3 volts, I need to design a filter that does not create a negative output voltage. Plus I'll connect the output to a microcontroller ( or Arduino), which also can't have negative voltage.

Can anyone help me by providing a circuit diagram of Active Non-Inverting High Pass Filter?

Just use a standard passive high pass filter and stick a non-inverting op-amp buffer on the output. Use two resistors for the filter with one to Vcc and the other to ground to add the required DC offset. Job done.

Which is the lowpass transfer function with a gain. If you apply the same elements to the non-inverting configuration, this is what you get:

What you have there is a high-pass, as an inverting configuration, which transforms into a shelf-highpass for the non-inverting configuration. The reason why you don't see this response in your picture is because you're using unipolar supply for the inverting opamp, while using bipolar supply for the non-inverting one. If you'll make both opamps suplied from the same sources, the results should change.

Not the answer you're looking for? Browse other questions tagged operational-amplifier capacitor circuit-analysis filter or ask your own question.