Looking for criticisms for a VNA-like meter I am designing

I would like some help from anyone who could let me know any flaws or improvements in my design they can find and help me reconsider any last minute design fixes before I send my new project off to be mass produced. This is the second version of the design but the changes I made were extensive.

So basically I'm building an Arduino shield where the primary use case is to be a SWR meter with an LCD display (not depicted here as that is a seperate shield). But it provides all the functions of a Vector Network Analyzer (VNA) and as such goes well beyond your typical SWR meter.

Because the primary use case here is to act as an inline meter on a transmission line with an existing transmitter its not designed as a typical VNA would be using mixers. The only thing it doesn't have that a VNA would have is a function generator, as it relies on the transmitter to do that, and the directional coupler would be external. However I have designed it in a modular way so not only can the directional coupler be swapped out for one the user prefers or more suited for their setup, but it can also be configured to work more like a traditional VNA as well. With the additional of an additional shield with an in-built low power directional coupler and a sine wave generator it would be possible to also pop on this other shield and effectively have a handheld VNA instead. Being modular there are also several other possibilities for how this device can be configured including as a remote SWR meter so you can have a meter at both the transmitter and the antenna to properly calculate feedline loss, or to understand how the complex impedance of your antenna changes with frequency.

Because of its role as an in-line meter in an existing antenna system it also provides functions a traditional VNA would not, specifically the ability to analyze properties of the transmitter such as accurately determining the true RMS under modulation or precisely determining the frequency the transmitter is transmitting on. Perhaps in the future I may add other features as well either in software of hardware.

Note: This is an open-source project and free for anyone else to replicate my work. At some point I may sell kits and/or the printed PCB to people to make it cheaper than needing to pay to get your own PCB printed. So I'd like to make sure if I provide PCBs they have been scrutinized and tested first.

The link to the projects source can be found here for anyone who wants to access the actual files.

Here is a picture of the schematic: 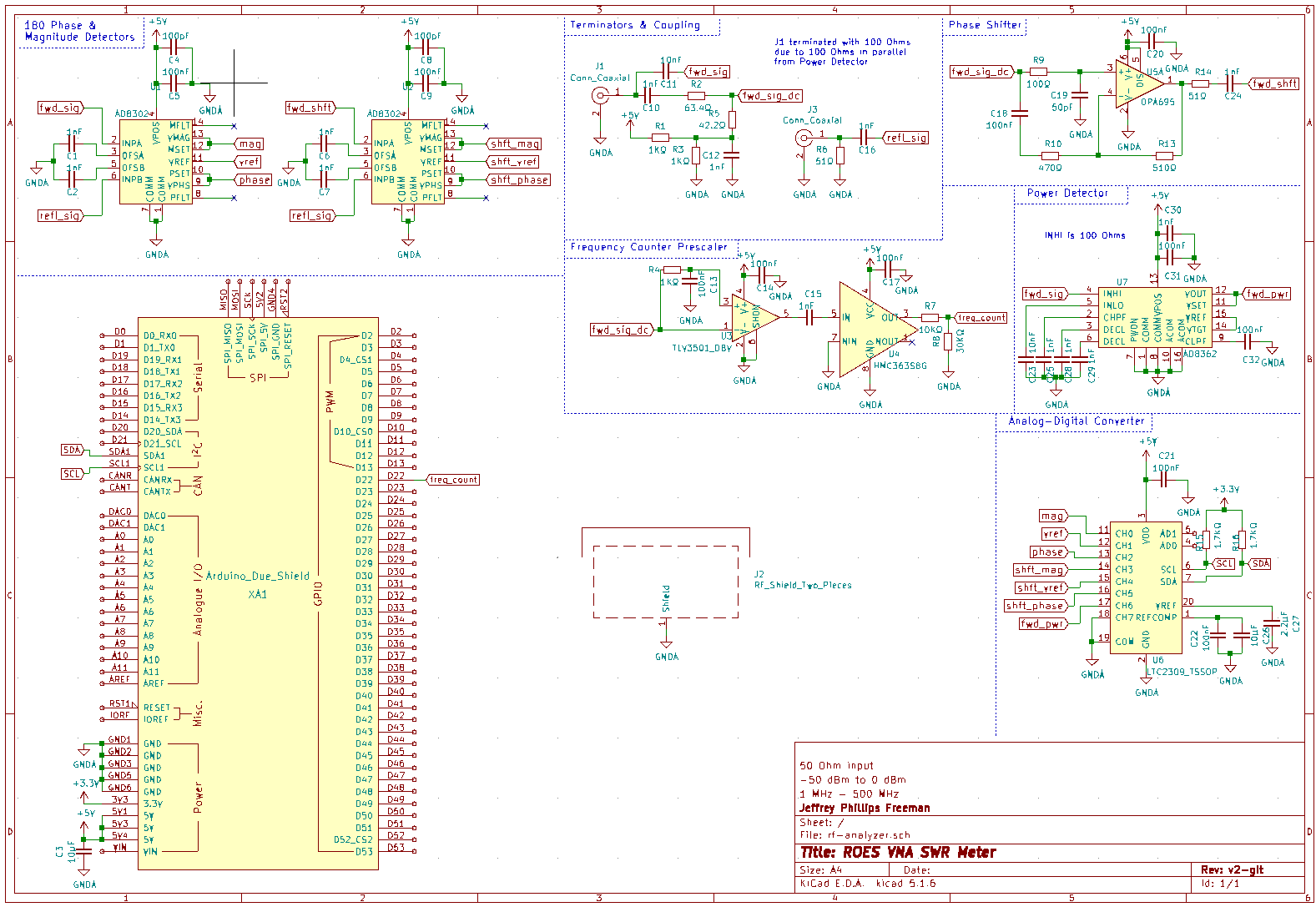 Here is an older picture of the UI in demo mode. The data on the screen is intentionally bogus, and the glitches in the rendering have since been fixed. 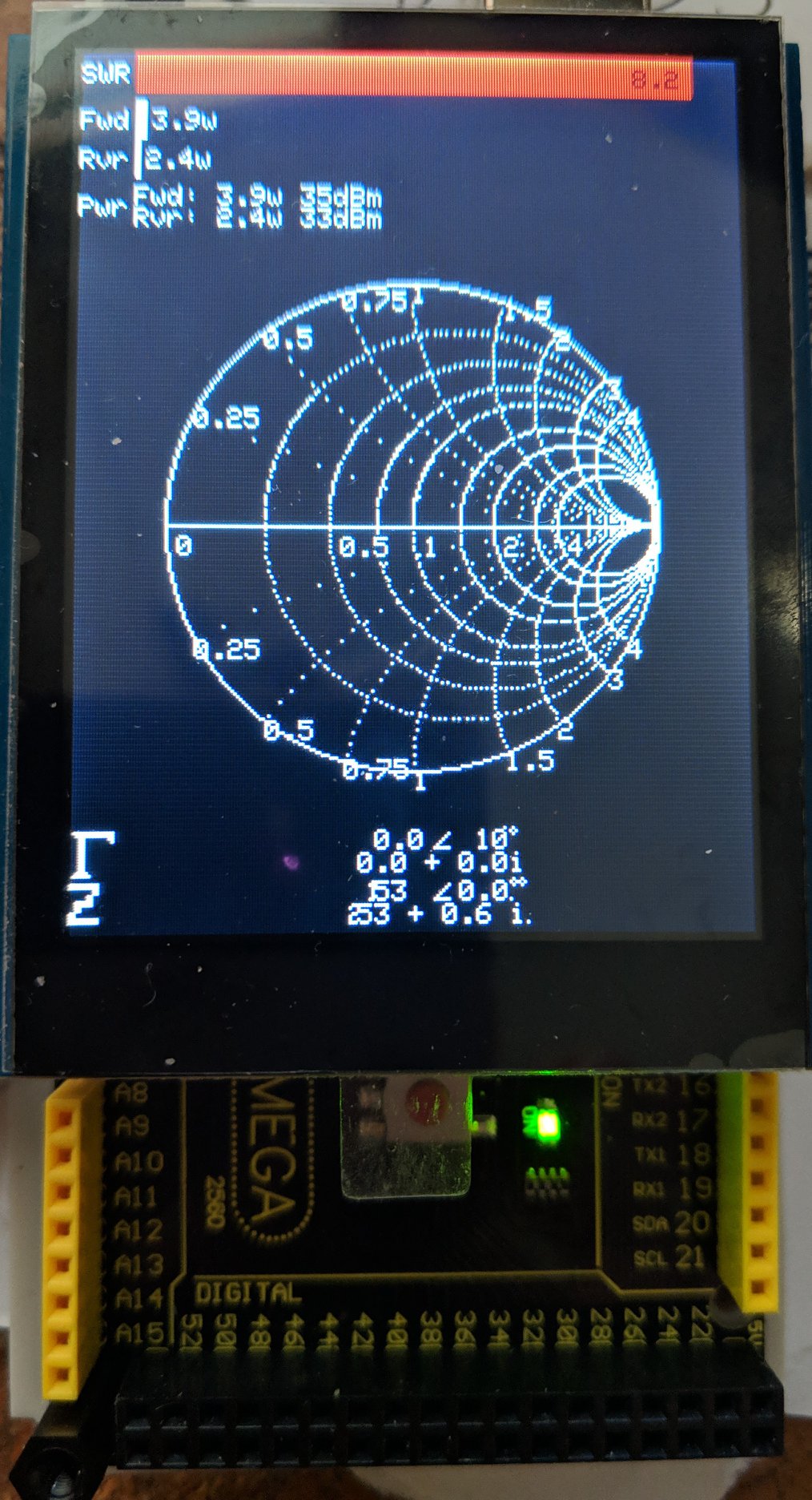 This is a four layer board so youll have to see the GIT repo if you want to pick apart my layout in detail. But for now I will share the front side and back side so you can at least get a sense of my placement of the chips and my use of shielding. 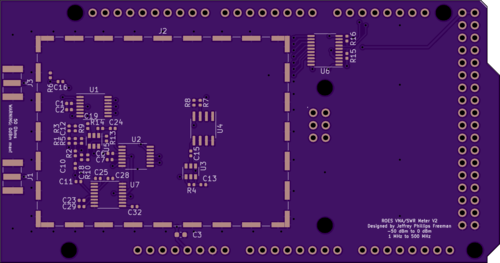 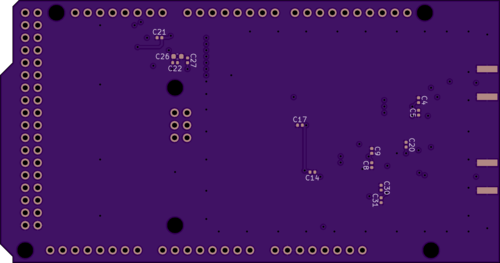 5
Modify SWR meter
4
How does an swr meter directional coupler work?
4
Explain differences in SWR meter circuits
2
Shortening the coax on UHF CB antenna caused SWR to get worse, why?
2
Determining Power in a VSWR Bridge
2
At which point and how to connect VNA on the PCB for antenna tuning?
0
Minimum Viable VNA N-to-N Test Cable for 2480MHZ