Consider the circuit (pictured) taken from Sedra and Smith (they use it as a model for a voltage amplifier, but that's besides the point). I've done a number of circuit analysis classes and from those I know (or so I think) that no current can flow between the two "halves". However, I'm hoping someone can clarify the following:

(1) Is there any formal terminology for such a circuit? Is it an "isolated" or "independent" circuit?

(2) Can someone argue by contradiction as to why current cannot flow between these two halves? I've thought about this myself, and the answer is easy if all circuit parameters are constant (because then we would get all the current building up in one side, or blowing up to infinity, after enough time). But in the case of time-varying circuit parameters I'm struggling to convince myself that it's impossible that current could ever flow through that bottom branch. That is, I'm not convinced that there is no contrived way to concoct a situation where current might flow between (and perhaps back again) the two halves seen here. Maybe it's not impossible? 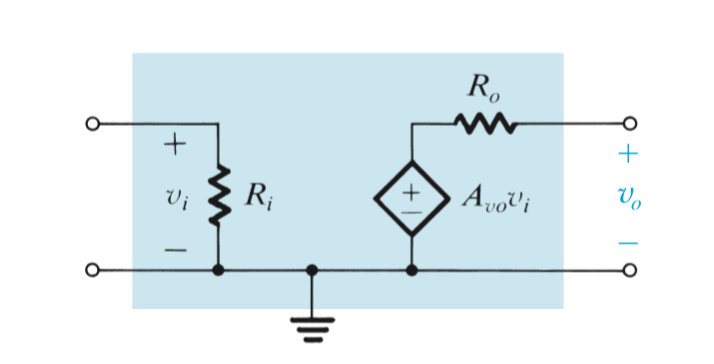 It absolutely is possible for current to flow, in real physical wires, without a complete loop. (Obviously not very much for very long, but your instinct that it can flow forward and then back is correct.) In those cases, KCL does not perfectly apply; using it requires some finesse in deciding which points in the circuit to look at.

However, this diagram is not made of physical wires; it's an abstraction. It is conventional to assume, unless you have some reason to know otherwise, that KCL holds in diagrams like this; meaning that current going into any point must equal current coming out. If you assume that no wires cross between the left and right sides of the diagram, other than the visible one, this implies that no current flows in that wire. (You could prove this formally using graph theory -- if current is exactly conserved at every point, and you have a graph with a single 'bridge' in the middle, that no current can ever flow through the bridge, no matter what other dynamic and changing current flows occur. Since you asked for the proof, I've added it at the bottom of the answer.)

In a real physical circuit, current can be "compressible" under some circumstances. For a real-world example, consider a single-wire antenna. Obviously it couldn't possibly work if KCL held; no current could ever flow into or out of it, and you might as well disconnect it. In reality, you can indeed have temporary net flows into and out of the antenna.

This kind of thing becomes much more important at higher frequencies. At the upper limit, the special theory of relativity tells us that NO substance is truly incompressible, because no wave can propagate faster than the speed of light. If you have a wire that's 300 meters long, and current starts flowing into one end, nothing can possibly happen at the other end sooner than 1 microsecond later. Obviously if you start considering effects like that, KCL must break down.

(The set of things you can conventionally assume about a circuit schematic is one of those things you learn by exposure, I guess, and is not really formally defined. It varies depending on context. If it were in a textbook about antenna or RF circuit design, I would not assume that KCL holds. Of course, in any real circuit KCL doesn't exactly hold due to the stuff I discussed above, but in simple circuits that fact is not relevant to the circuit's behavior, and we ignore it in our model as a simplification.)

Since you asked for the graph theory proof I mentioned above, here's an attempt at it. I suspect there's a much shorter one, and probably even a theorem for this, but here goes...

We have some graph representing our circuit, which has two arbitrary finite subgraphs ("left" and "right"), which are connected only by a single edge B, the "bridge". Each edge has some value (with a direction) representing how much current is flowing through it. KCL tells us that every vertex in the graph must have equal amounts of current flowing in and out; the total net current flow at any node must be 0. We do not have any way to make current appear or disappear (there are no "sources" or "sinks" in the graph.) We wish to show that no current can flow across B (that is, that the value associated with edge B is 0.)

(As far as I can tell, we don't really need both halves of the graph for the proof. It's enough to show that, if you just look at the "left" graph with the edge B "dangling" off of it, then you can't have current flowing across B into the graph, even if you had some magic source of current coming from the right. So that's what I'll do. The same proof also applies on the "right" graph, of course, and with the sign flipped it just as well proves you can't have current flowing out of either one, either.)

Let's assume that we have some current, I, flowing along the edge B, into the "left" graph. The edge B must be connected to some node C, so we now have a current of I flowing into node C, which means we also need a total of I to be flowing out of C into the rest of the graph, on some combination of other edges, to satisfy KCL.

So let's take our "left" graph (already excluding B), and remove the node C from it. Now we have some set of "dangling" edges that were connected to C. The sum of their values (currents) must equal I, in the direction pointing "into" the graph (by KCL as mentioned above.)

Now, start looking at the set of "dangling" edges, and do the following:

Now, keep repeating the process described above until you run out of nodes. (I said the graph had to be finite, so you know that you eventually have to run out. Formally, I could probably rewrite this as a proof "by induction on the number of nodes in the graph", even though the way I've presented the proof is counting down instead of up.)

When there is only a single node left, the sum of the current flowing into it from the 'dangling' edges must be I, but there are no other edges left for current to flow out. Therefore by KCL, I = 0.

Whew! That took a bit more work than I expected. I suspect that someone who knew what they were doing could make it a lot shorter, but I tried to make it pretty self-explanatory. The argument is a little more subtle than I realized at first (I tried doing it edge-by-edge instead of node-by-node but it doesn't work as clearly that way.) There is also a little bit of subtlety about signs that I have sort of papered over. (Some of the dangling edges that you uncover in the process may have a net flow of current that it out of the graph. The math still works out, but it can mess up the intuition a bit.)

That is, I'm not convinced that there is no contrived way to concoct a situation where current might flow between (and perhaps back again) the two halves seen here. Maybe it's not impossible?

There is a way of completing a circuit in such a way that current will flow between the two halves. When building practical circuits, one has to be cognizant about these kinds of currents.

0
A question from Sedra/Smith Microelectronics
1
First order RL circuit analysis problem
0
Finding equivalent resistance of a resistor network
0
Working out what happens to the brightness of a bulb in a simple circuit
0
What's the reason for this symmetry argument?
3
Intuition on Thevenin's Theorem
0
Non-zero primary current under open-circuit test
10
The Intuition for RLC circuits
1
Single conductor connecting two parts of a circuit vs two separate circuits
0
What is meant by this statement about op-amps?