Another reason why I ask his is because I have made a PCB but I believe I may have made a mistake around the RESET pin. I am trying to program the attiny2313A with Ardunio code but am having trouble. 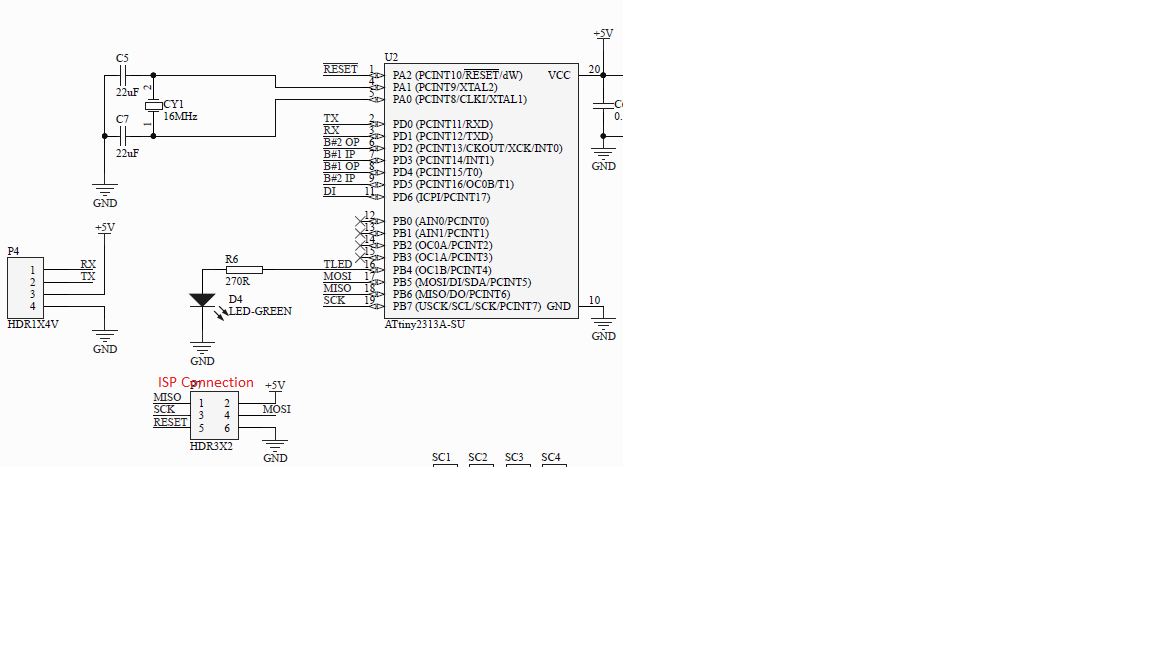 I have programmed this MCU though Atmel studio and can confirm I can program the chip though ISP with Atmel studio but NOT Arduino. I have also broke out the RX and TX pins to try and program with FTDI chip but I have not but a capacitor in series with the RESET line.

If possible I would really like to program with ISP. I have got the ATting files for programing for the following link on github: ATting2313 Arduino Files (Look at ReadMe)

Any help would be great, I'm really stuck.

After OP cleared the question, I think that it would be useful to clarify something about the main ways of programming an Atmel microcontroller: 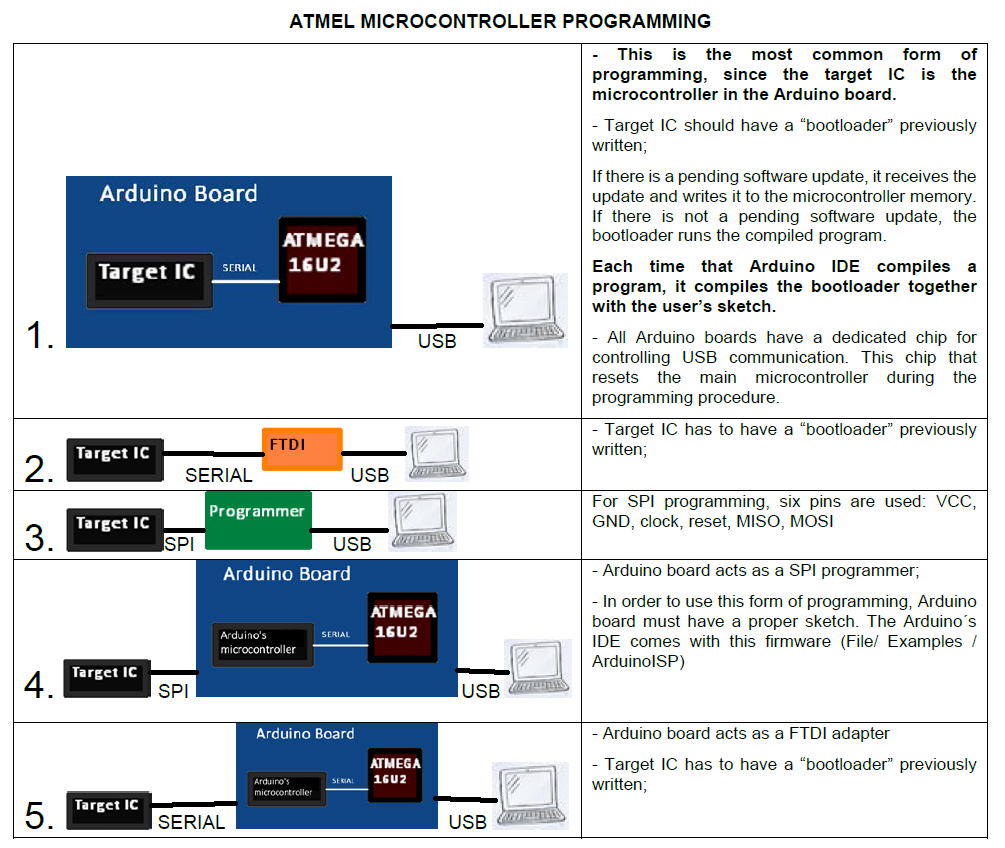 It seems that OP has used a programmer before (option 3 in the chart), and now OP is trying to use a serial adapter (option 2 in the chart). But this option needs a bootloader.

(edit) But, for several devices, the serial option is not adviseable, because the bootloader ocuppies a lot of memory space, and for simpler chips (this is the case with all ATTiny) there is no much space left available for the user's program.

The final answer to OP: for programming Attiny2313A with the Arduino IDE and Atmel ICE, you need to connect 6 wires from Atmel-ICE to Attiny: VCC, GND, and the four wires of SPI interface (MISO, MOSI, CLOCK, RESET). You will need to load some drivers and libraries to the Arduino IDE, in order to Arduino IDE can control Atmel-ICE for burning the code to Attiny.

For doing this, you will not need to use RX and TX pins of the microcontroller.

Don't worry about the absence of a capacitor in RESET line. It is good, but not mandatory.