Trimming a power supply to 0 V output in current limit

Here is another question on the originally Czech bench power supply that I recently built, but in the version¹ of it sold by various places (e.g. eBay) very cheaply.

The circuit has two potentiometers for setting output voltage and maximum output current; these are both working fine. It also has a trimmer over one of the op-amps' offset for adjusting the 0V point of the output². Right now, when the device changes to a current regime and turns off the output, I'm seeing an output of a little more than negative 0.5V, which could be potentially damaging to an attached DUT. 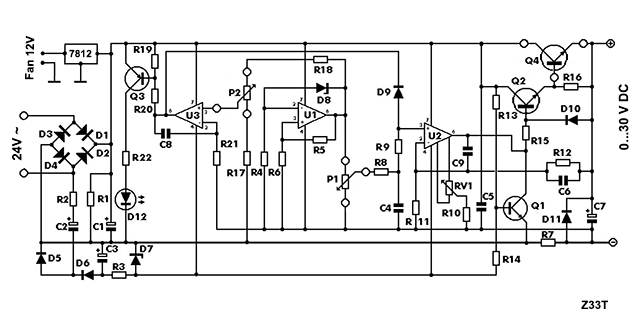 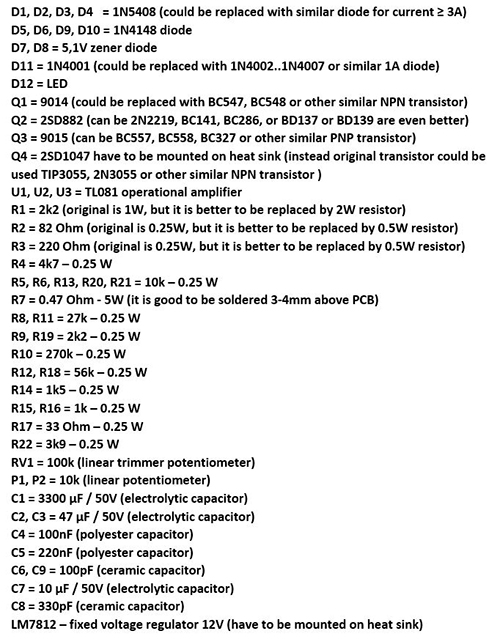 I then remembered that while waiting for the kit to arrive I'd read something about that trimmer in the Google Translate version of a Czech electronics forum's thread. Unfortunately I can't find that anymore, but am now suspecting that something might be wrong with the circuit design itself.

² According to https://www.qsl.net/z33t/dc_0-30v_0-3A_eng.html ("The trimmer RV1 and the resistor R10 are used for the adjustment of the output voltages limits so that it can be reduced down to 0 V, despite any value tolerances of the other components in the circuit").

Right now, when the device changes to a current regime and turns off the output, I'm seeing an output of a little more than negative 0.5 V.

My reason for saying that is that the output transistor can only connect to the rectifier positive supply.

The only thing I can think of is that that Q4 is turning off completely, U2 is going negative and drawing urrent through R7, D11, D10 and R15. The output voltage would then be clamped at -VF of D11 (as R7 is only a half ohm shunt and won't drop much voltage).

Try monitoring the output of U2 under current limit conditions and see what's going on.

Looks to me like the current would be limited to no more than a few mA, which is unlikely to damage anything.

A 1N5819 from the base of Q2 to ground would probably kill even that.

Not the answer you're looking for? Browse other questions tagged power-supply operational-amplifier vintage or ask your own question.

2
How to find a Pin-to-Pin Replacement for TL-081, but with higher VCC?