The motor control for a small winch I have has the following diagram: 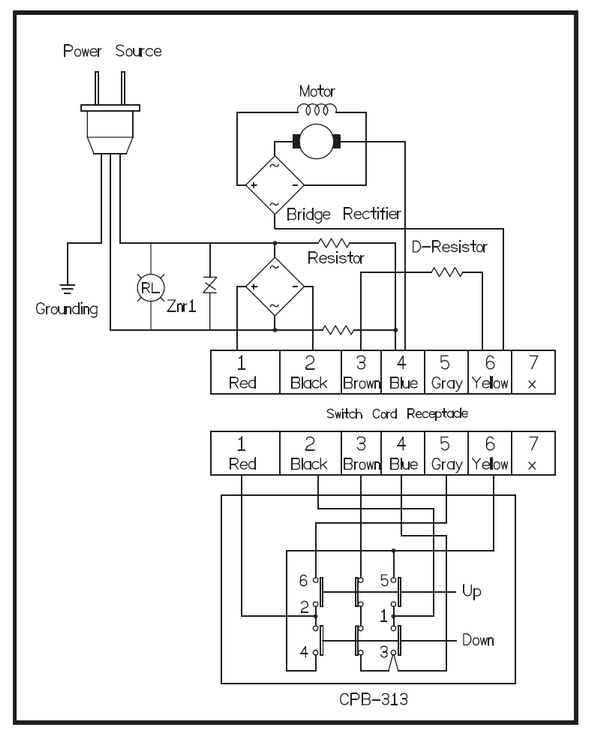 I do not understand what the voltage divider connected to the (4) connector is for?

Both resistors have the same value, which means that for an nominal input of 220VAC, the voltage at (4) is 110VAC. Why is it connected to the output of the bridge rectifier?

I have disassembled the motor controller, here is an image of the voltage divider. It consists of 1/4W 120k resistors and it is clamped together to the varistor (DNR14D471K). 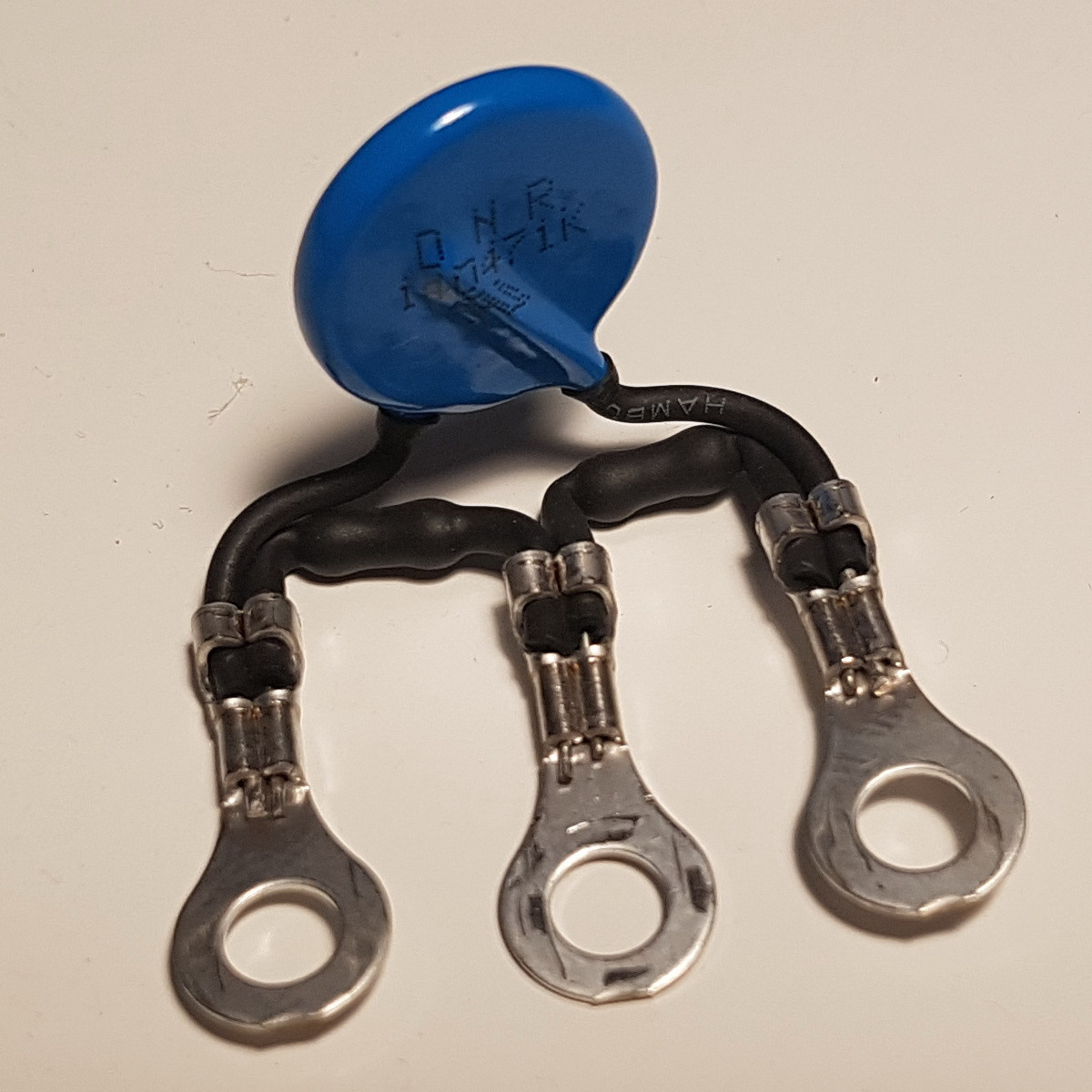 It's a universal (AC / DC) series motor, wired for DC operation through a bridge rectifier.

The motor reverses when its polarity is reversed, with the field winding polarity kept unchanged through the second bridge rectifier.

Dynamic braking is through the 'D' resistor, which is connected across the motor terminals when it is switched off.

The winch would function even without the two identical resistors, connected in series across the mains supply, at the junction of which one terminal of the motor is connected all the time.

The following is an analysis to determine their function.

The analysis is inconclusive.

Not the answer you're looking for? Browse other questions tagged motor power-electronics voltage-divider motor-controller bridge-rectifier or ask your own question.

4
Multiple motor speed control with a single triac
4
Is it safe to use a voltage divider for Arduino and DC motor controller?
0
Voltage divider on AC current?
3
Torque control of a BLDC motor acting as a generator
0
Three phase induction motor control
5
Half bridge voltage waveform not following PWM
0
Connect motor in 220 VAC single phase (Line - Neutral) or in 110VAC two phases (110VAC - 110VAC "180 degree out of phase")?
0
Rectified 230VAC to 24VDC
2
Help understanding a motor control circuit for a lathe