My input voltage is 28VDC and on this voltage level, the duty cycle of my pwm driver is 30%. My switching frequency is about 800Hz.

My principal schematic is shown below. 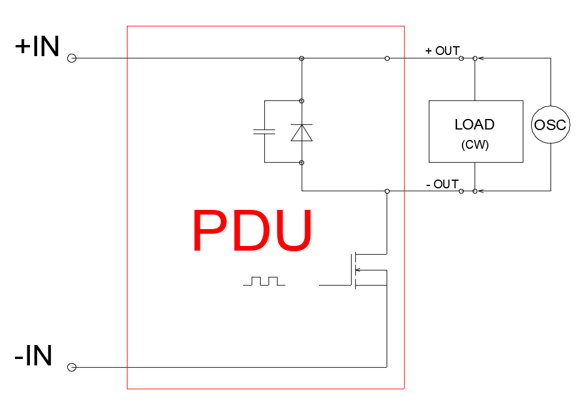 When I measured one LED's forward voltage(Vf) on one strip with osciloscope, I saw the signal shown below. 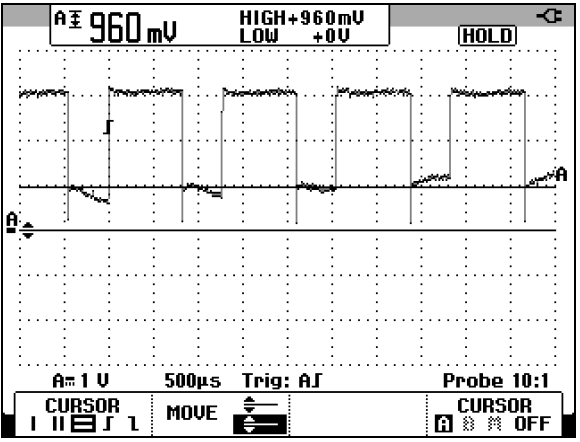 So, my output of the PWM driver signal at full load (50 pcs. LED strips) is: 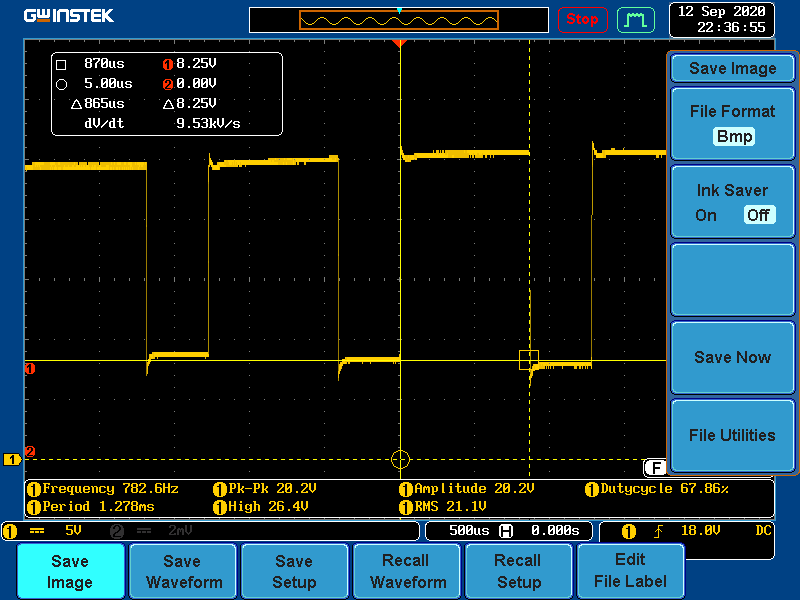 I saw that there was 8.25V when the off time of PWM signal.

Finally, I connected a 4 ohm full resistive load (rheostat) to the end of my PWM driver output.

The signal was become as follows. 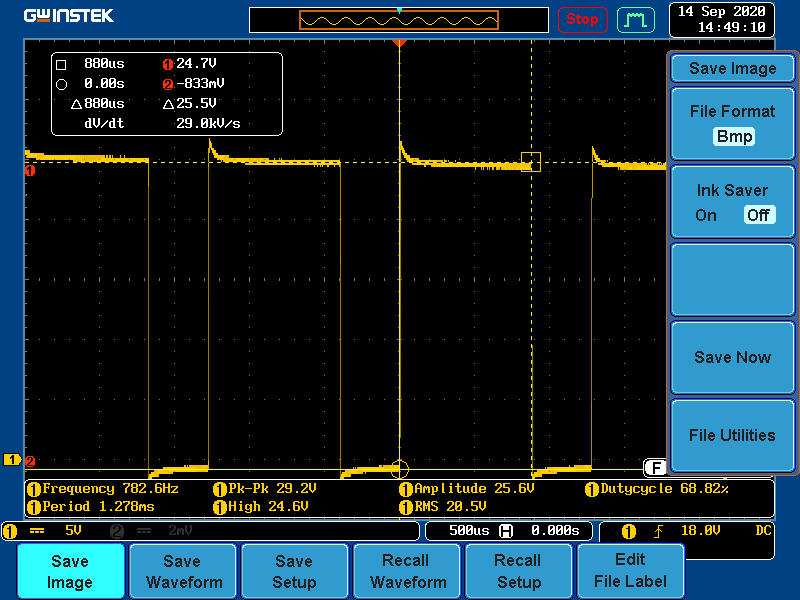 Why the signal I measured is different at LED strips load and resistive load?

Thanks for your answers in advance.

LED are, as everything else in electronics, charge controlled devices: let me explain this point a bit with a (perhaps long) premise.
When you apply a constant voltage \$V_{AK}\$ between the anode and the cathode of one of those diodes, the anode current \$I_A\$ starts to rise and flows through it until it reaches the equilibrium value $$ I_A=I_o\left(e^\frac{V_{AK}}{V_T} - 1\right)\label{1}\tag{1} $$ where

However, equation \eqref{1} is valid only at equilibrium, i.e. after a transient process is ended: this transfer process stores a charge inside the device which alters its conduction state, allowing a current flow thorugh it: the stored charge has approximatively the following value $$ Q_j\simeq \tau_{jm} I_A $$ where \$\tau_{jm}\$ is the junction minority charges lifetime.

What does this implies? This implies that a more realistic equivalent dynamical circuit of a LED should at least have the following form 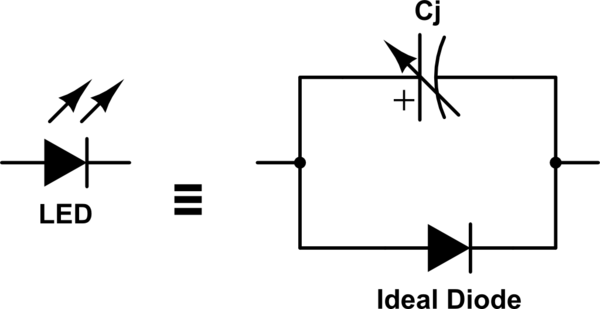 The presence of \$C_j\$ implies that, when you turn off the MOSFET driver, while the global current through the series connection of LEDs (the LED strip) ceases, each local LED anode current keeps flowing through the ideal part of the device discharging \$C_j\$ though it, until this capacities fully discharges and the anode voltage \$V_{AK}\$ drops to zero. However, when the anode voltage reaches the so called diode threshold voltage i.e. \$V_{AK}\simeq V_\mathrm{th}\$ the anode current \eqref{1} drops to very low values (in the \$\mu\mathrm{A}\$ range): this implies that the self-discharging process slows down considerably and thus, on small time scales as the \$500\mu\mathrm{s}/\text{div}\$ you use to visualize correctly the PWM waveform, you measure an almost constant anode voltage \$V_{AK}\simeq V_\mathrm{th}\$.

Not the answer you're looking for? Browse other questions tagged pwm led-strip or ask your own question.