I have turned a cheap floor fan into a floor study lamp; i.e. 30cm of 240V 5W a/c LED (under cupboard) strip light facing down on to the desk. These LED strip lights can be easily daisy chained in series to make a long long line of one strip light. The wiring is straightforward using all three live output wires (blue, white and red) from the fan switch to switch one light on. (I have taken the capacitor and resistor out.) I could have used only one wire, but then I would have to press the exact button on the fan switch to turn my light on. The neutral (black wire) and earth wires just pass directly through to the light, as was the case when this was a fan - The fan did not pass the earth to the motor, so I added it.

OK. So, just removed the old fan switch and added 2 on/off a/c switches for 1 or 2 lights on.

Also, as promised, opened up one light to show the rectifier and 24 LEDs. I tried to measure the volt being fed into the LEDs but only shows 1. When switched off and as the large capacitor is discharging I can see a countdown from "20V" down to 0 ish. 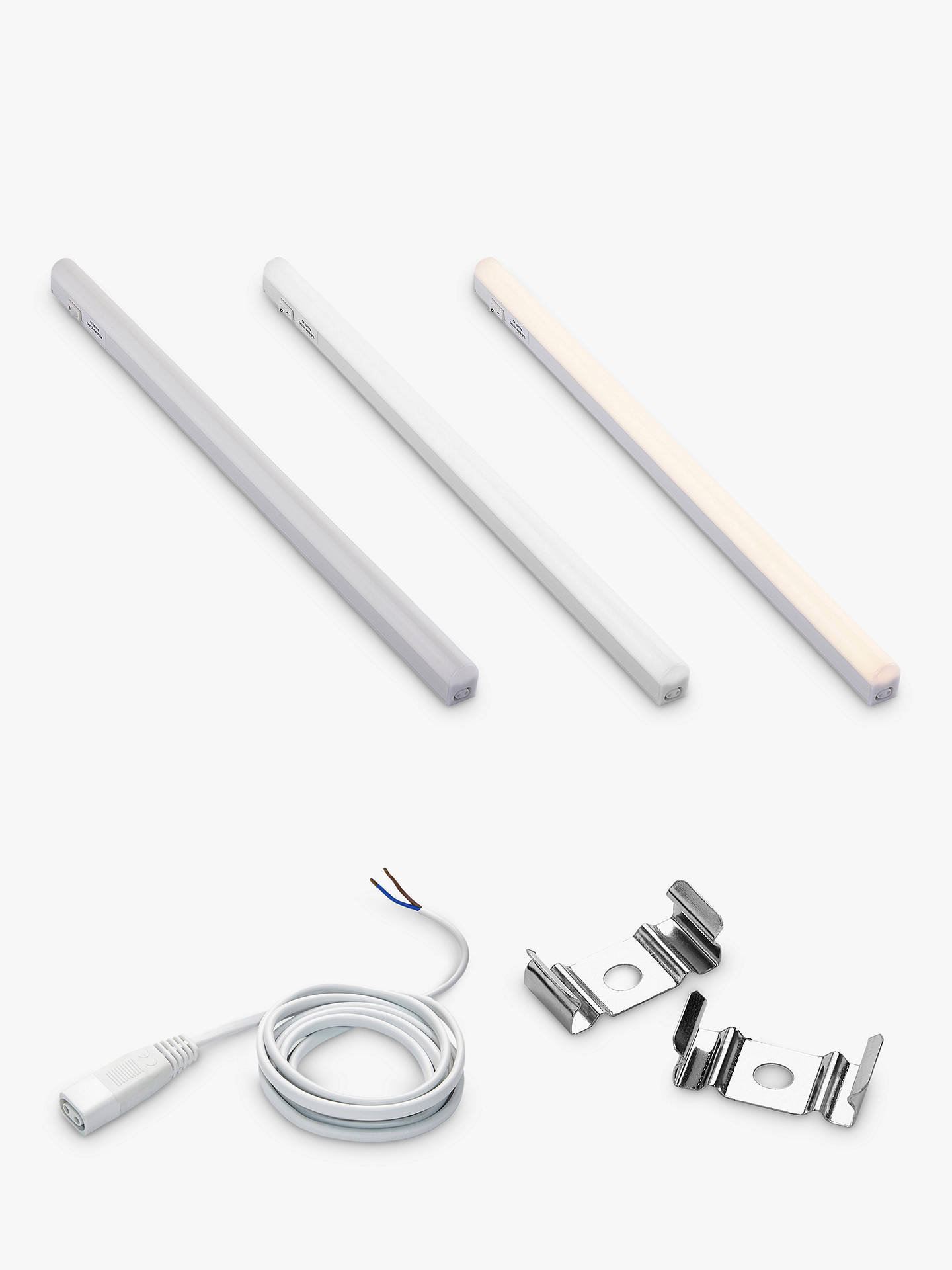 No problem. However, I want to use the power buttons (0,1,2,3) of the original fan to turn on 1, 2 or 3 lights, which will be in parallel. But, the problem is how can I use this switch which only has one specific live output for each button 1, 2 and 3. 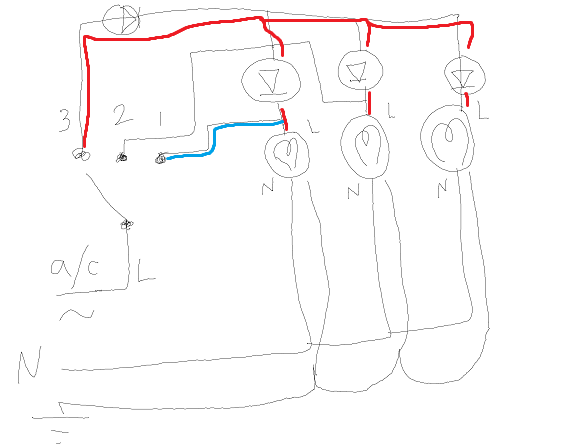 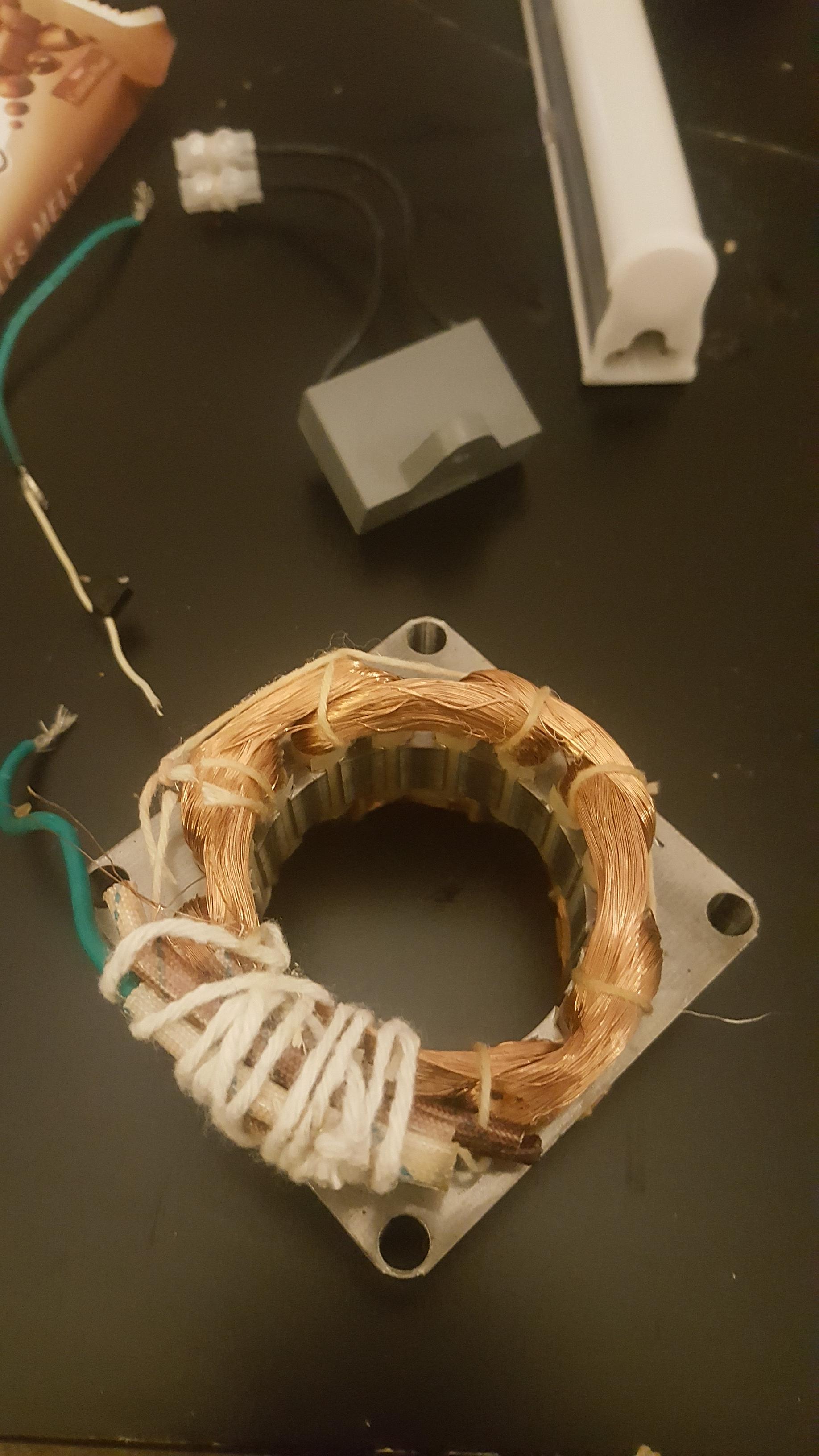 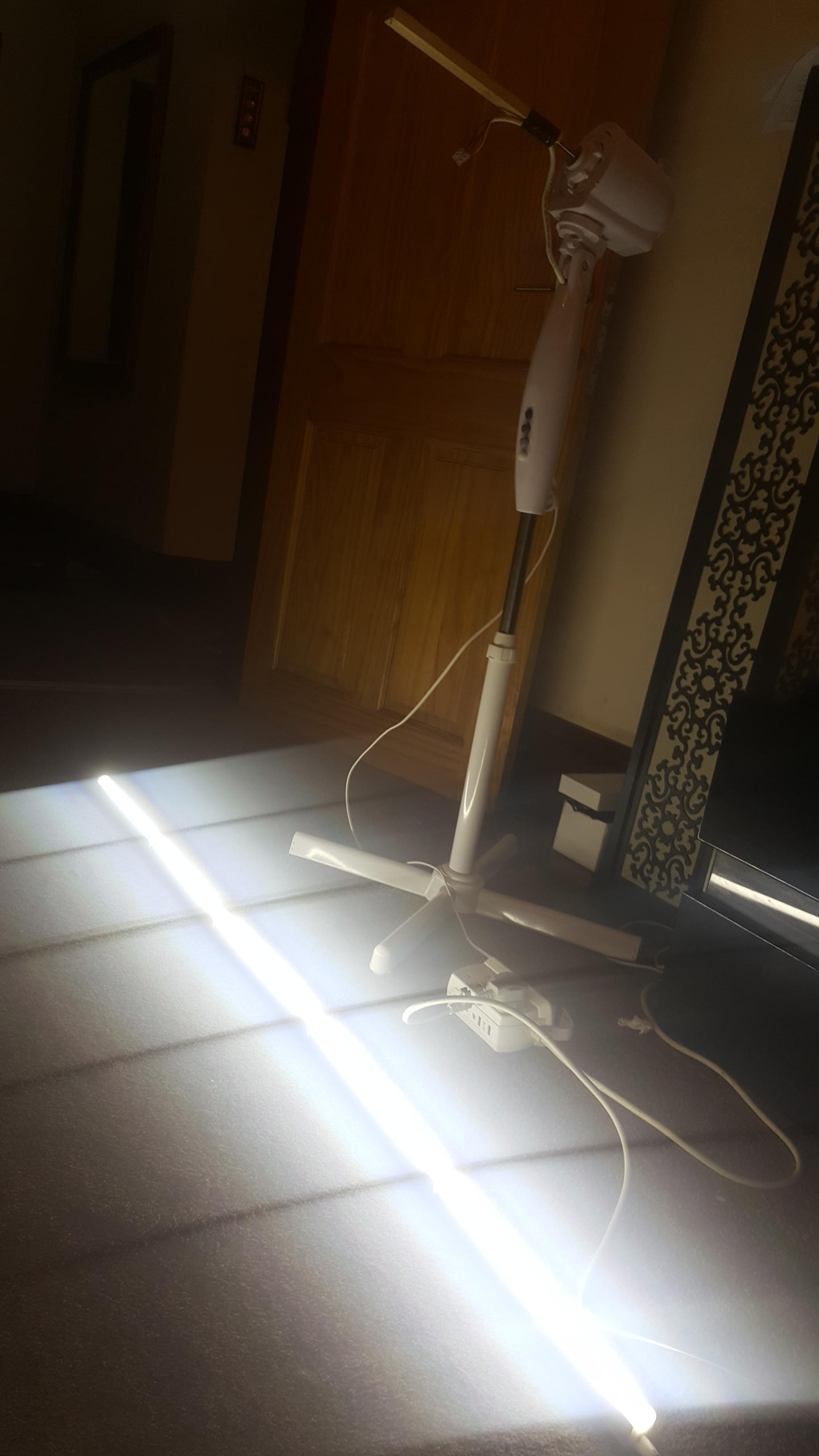 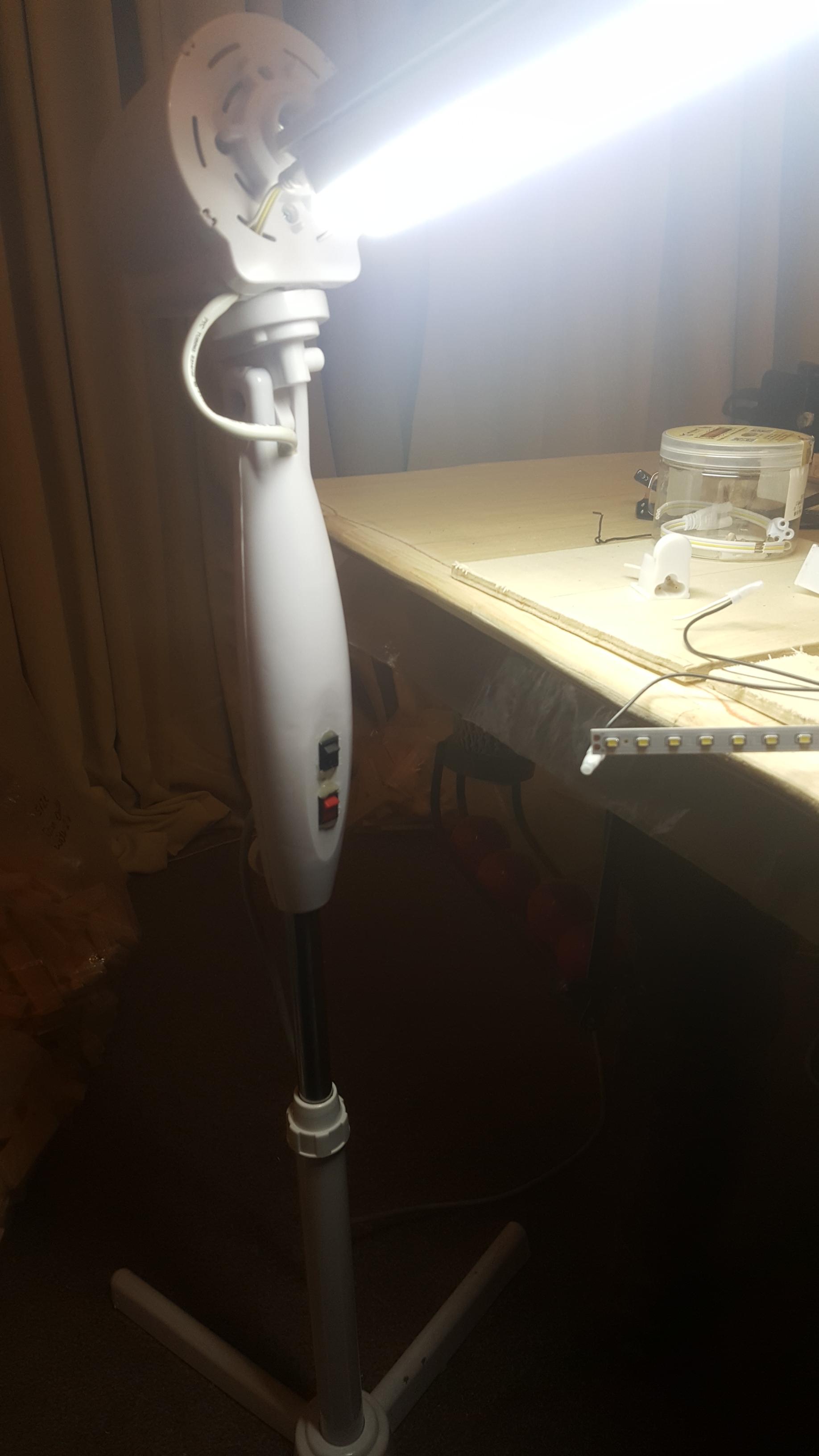 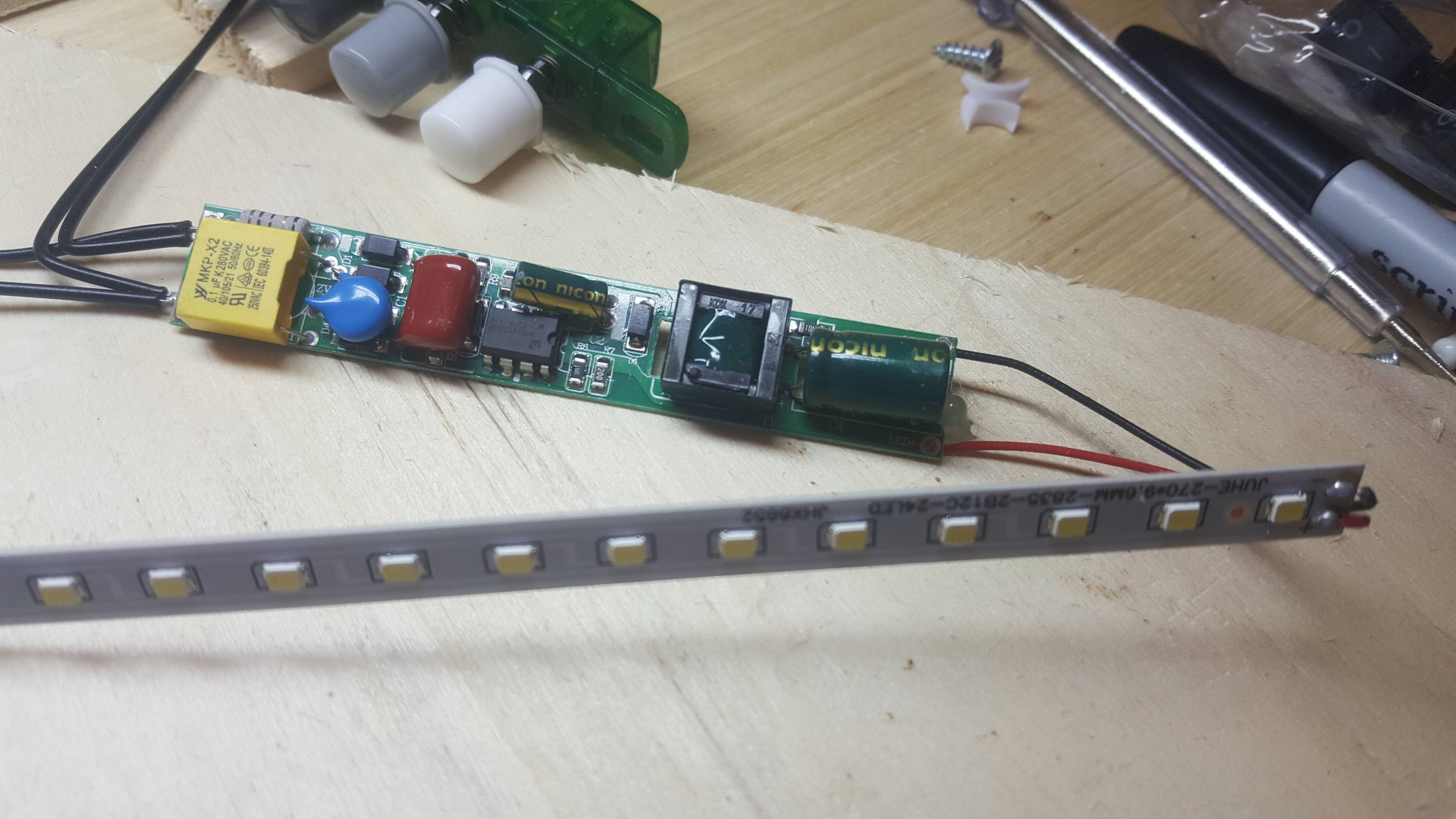 You can't use diodes on the AC directly because it alternates.

LEDs are DC operated so at some point the AC current is rectified for the LEDs.

Figure 1. If the lamp has a back-to-back LED arrangement there is no simple solution to your problem.

Note that the circuit of Figure 1 is showing how the daisy-chain through connections are allowing the L and N to run through each lamp but the actual lamps are wired in parallel, not in series.

Figure 2. If the lamps have an internal rectifier then they will work on DC.

If you have this type of lamp then the following circuit should work.

Figure 3. A circuit that will work with lamps featuring an internal bridge rectifier.

If your lamps contain a voltage dropping capacitor internally then this idea won't work as it will tend to block the DC.

Not the answer you're looking for? Browse other questions tagged diodes switches ac light or ask your own question.

0
LED brake lights - detecting voltage drop?
2
How can I power the blue LEDs separetely on this aquarium light?
1
Request for guidance on sources to help me figure out how to do simple thing
0
Wiring three speed motor
2
LED light fixture glows when not turned on
0
Swap between two colors without an additional light?
0
Use of diode got problem
1
How to constantly power an LED circuit normally controlled with a momentary switch?
1
10cm tube light source (see photo) - what is it?
0
Removing broken switch from mains extraction fan for project - how to work out what the colored wires are