I have purchased a sewing machine motor from aliexpress. The issue is that it spins in the wrong direction. I opened it and only see 2 wires going to the brushes. 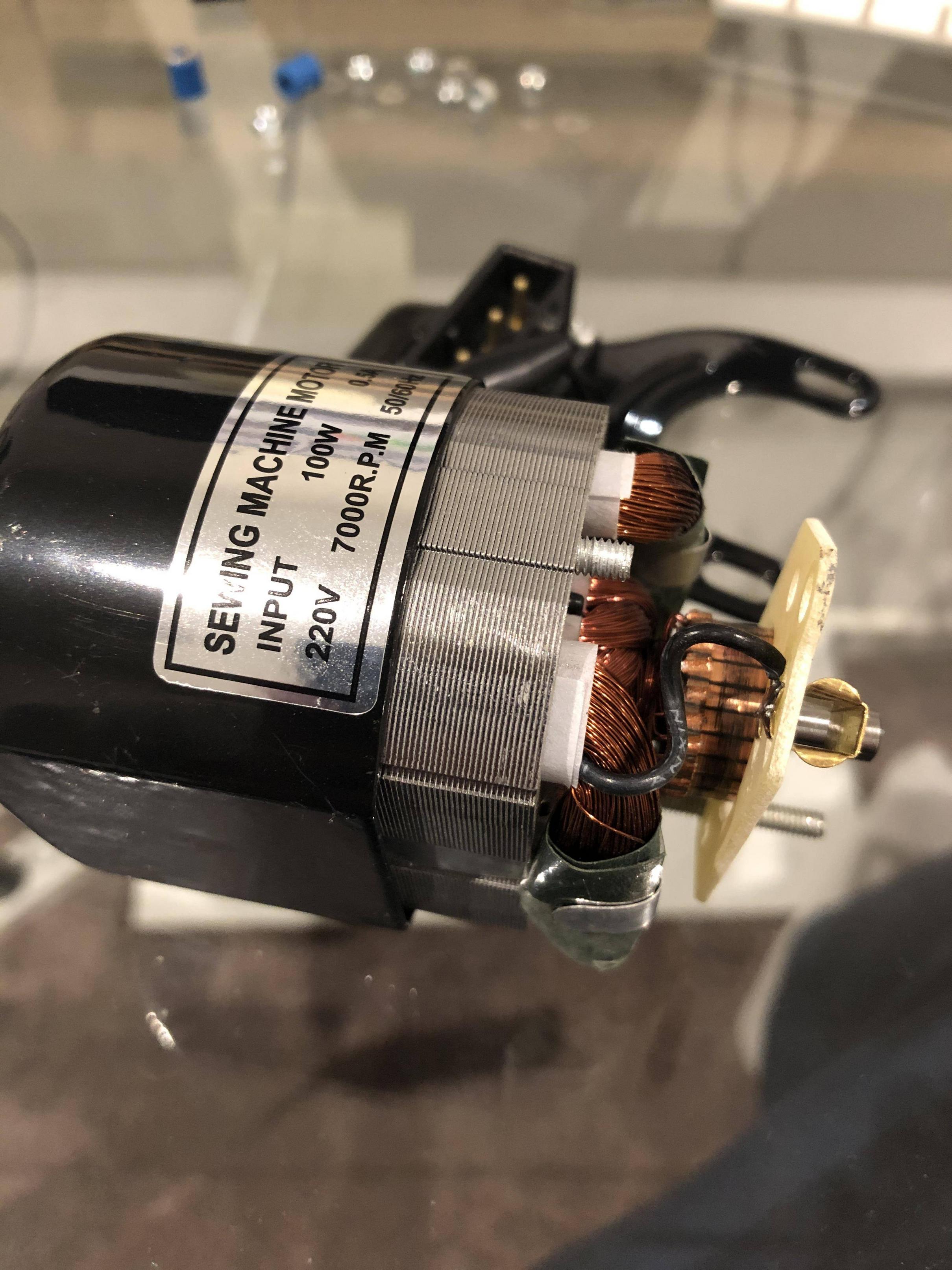 Universal motors are what is known as "series wound" - they have the whole motor current flowing in series in both the field coils and the armature.
When the AC supply reverses the current flow to both field and armature also reverse so the same relative polarity is maintained.

There is a chance that the motor is designed mechanically to work better one way than the other but if there is no prospect in using the motor as supplied reversal may still be acceptable.

in some cases brush holders are adjustable in rotational position over a small range. Adjusting the position [with due care to avoid electric shock] can optimise the position and reduce commutator sparking.

Brushes optimised in position for one direction of rotation may be slightly off position in reverse.

This is electrically the same as swapping brush leads but may be easier. It's unlikely to be possible in the present case (based on the photo).

Not the answer you're looking for? Browse other questions tagged motor ac or ask your own question.

8
What to check for when buying an electronic component or module?

2
What would cause a 120 VAC universal motor to run slower in reverse?
0
Reversing the Direction of An Induction Motor?
0
AC motor turning a certain turns and stop, then can turns reverse only for certain turns
4
How to wire an old single phase AC brushed motor to be reversable
1
Measure universal motor inductance with LCR meter
7
Sewing machine motor repair
0
Controlling AC Motor with Relays