Am I right that when MOSFETs are connected in parallel for them to share the current equally (See Parallel MOSFETs) they have to be operated in the triode region?

I have an electronic load with 3 parallel MOSFETs and one opamp with 1 shunt in the negative feedback configuration with the opamp driving all 3 MOSFET gates and when in the active region all the current goes through one of the MOSFETs.

What is the easiest way to get a more even current distribution in the active region in this application? 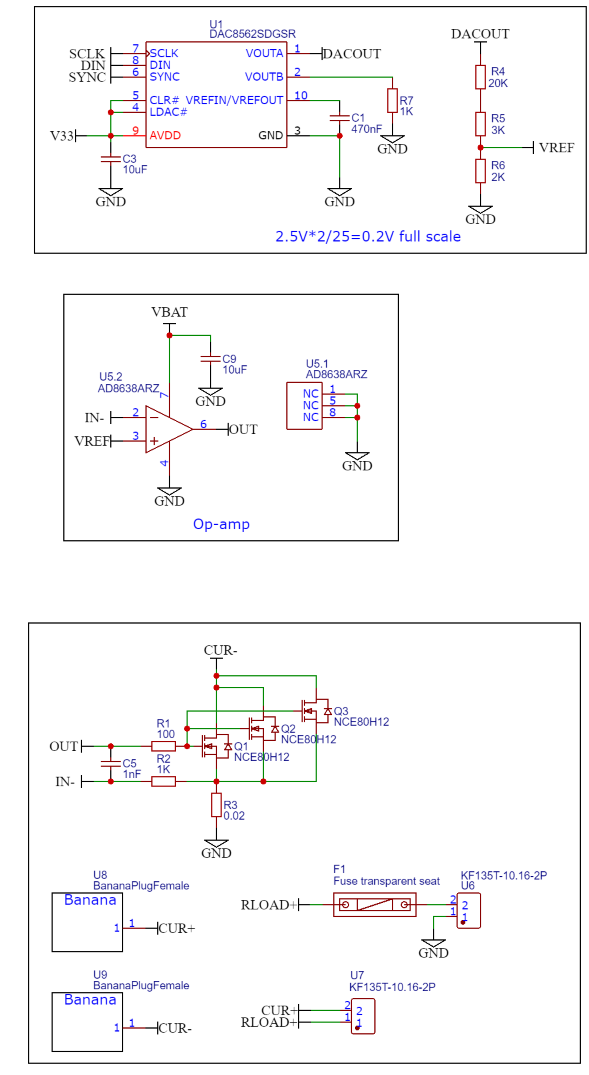 Am I right that when MOSFETs are connected in parallel for them to share the current equally (See Parallel MOSFETs) they have to be operated in the triode region?

Yes, that is quite correct but, you could get lucky and have a reasonably even spread. When operated in their linear region not only is the current sharing ambiguous but one device can really hog all the current due to the gate-source control voltage being below the zero-temperature-coefficient point. The knock-on effect of this is that all three devices can blow up within milli-seconds.

Reason: one hogs all the current demanded as by the control circuit and it gets warmer and takes more drain current before the control system can respond and you are in a vicious circle where the device fails rapidly in a hot-spot area inside the silicon. It's called the spirito effect.

Once this happens (and it can happen as quickly as a few tens of microseconds) the remaining MOSFETs (previously not called into action) are "forming a queue" for it to happen to them.

What is the easiest way to get a more even current distribution in the active region in this application?

Well if there is a silver bullet it's three op-amps and three current sense resistors; not elegant but practical; three parallel and independent current sources/sinks.

More on the Spirito Effect in questions and answers on this site: -

Not the answer you're looking for? Browse other questions tagged mosfet parallel or ask your own question.