Guard Ring on a printed circuit board for a transimpedance amplifier

I'm trying to build a trans-impedance amplifier shown in the circuit below.

However, with my op-amp of choice, the AD795, I'm a bit confused by their circuit board notes and how to implement them. The input node sends a current in pico-amp range, and the TIA converts it into a voltage at the output. Considering how tiny the input is, it's very critical to maintain the pico-amp resolution at the input. Looking at the datasheet, it shows some notes about this. 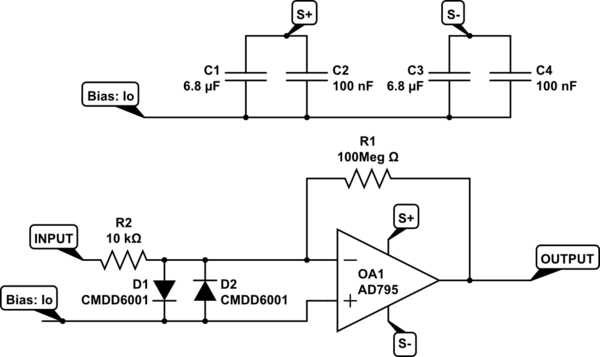 The first thing they mention is a guard ring in figure 34. Using the unconnected pin pad 1, I can connect it to the bias and draw a guard trace around the input signal path in a no-copper-pour zone so all there is is the signal trace and the guard ring. I can add vias within the ring, as evidenced by what Analog Devices did with this evaluation board for the ADA4350. AD shows the guard being tied to the same potential as the non-inverting node, and that is what I attempted to do. Is this the correct way to form a guard ring, or am I doing it completely wrong?

EDIT: Below is my latest attempt at a guard ring, along with the 3D view of it. As you can see, the exposed copper trace is tied to Io, the non-inverting input, while surrounding the inverting input node and the corresponding traces. The ring is also replicated on the bottom plane. 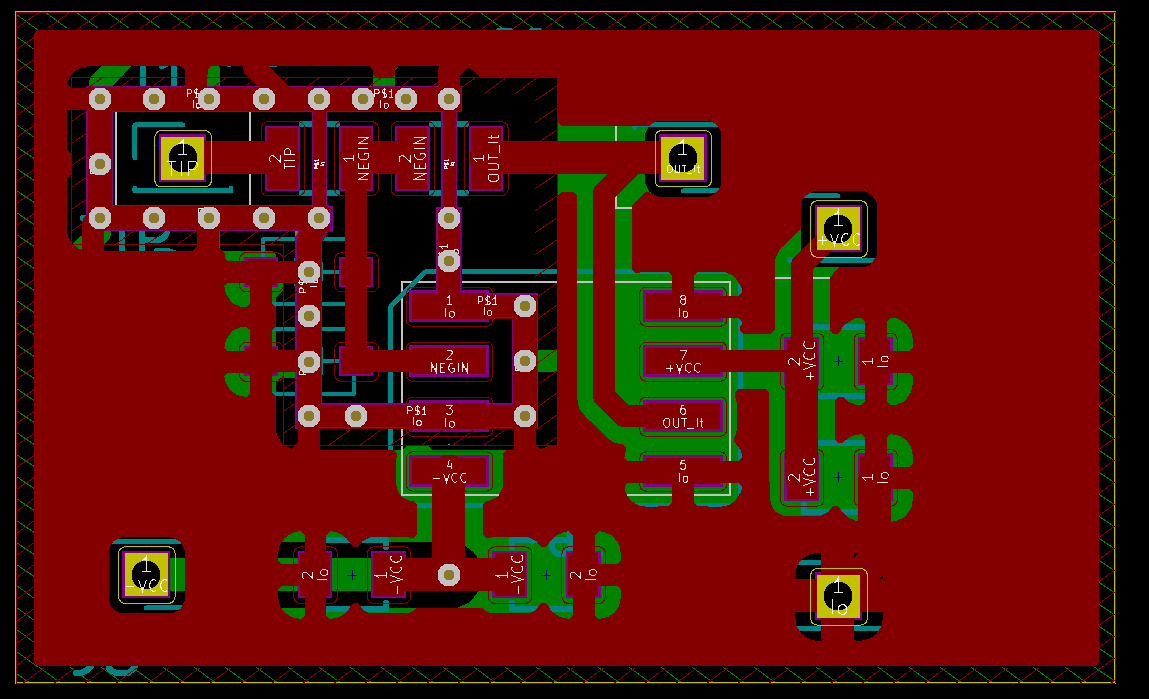 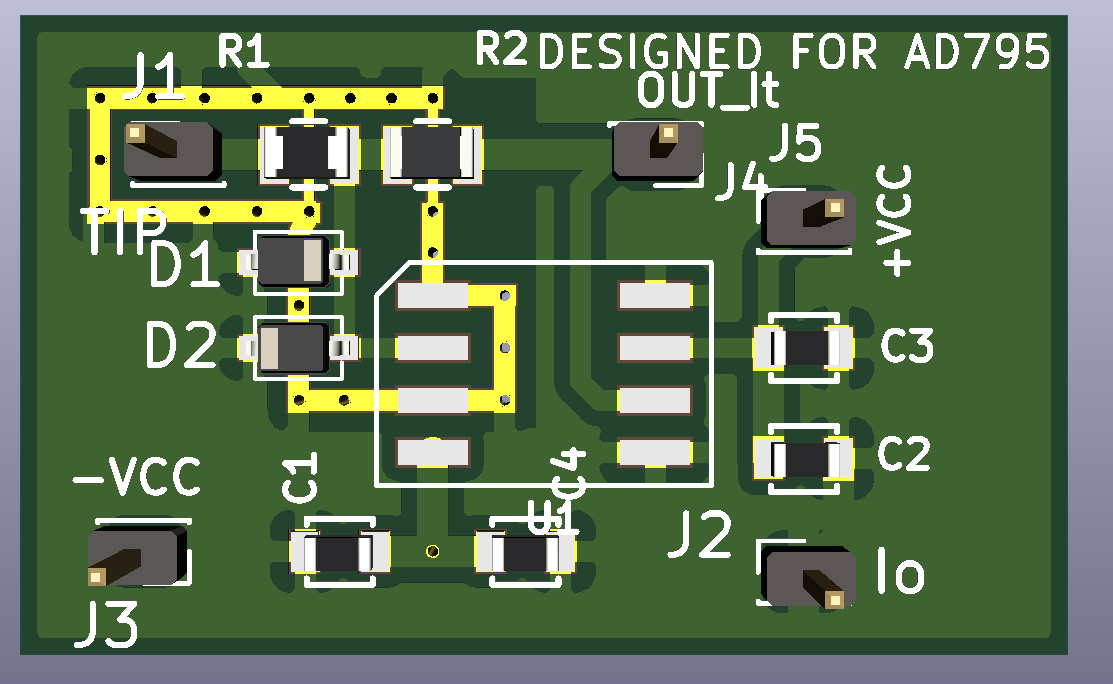 EDIT: Below is my reference circuit for which I'm trying to match up. 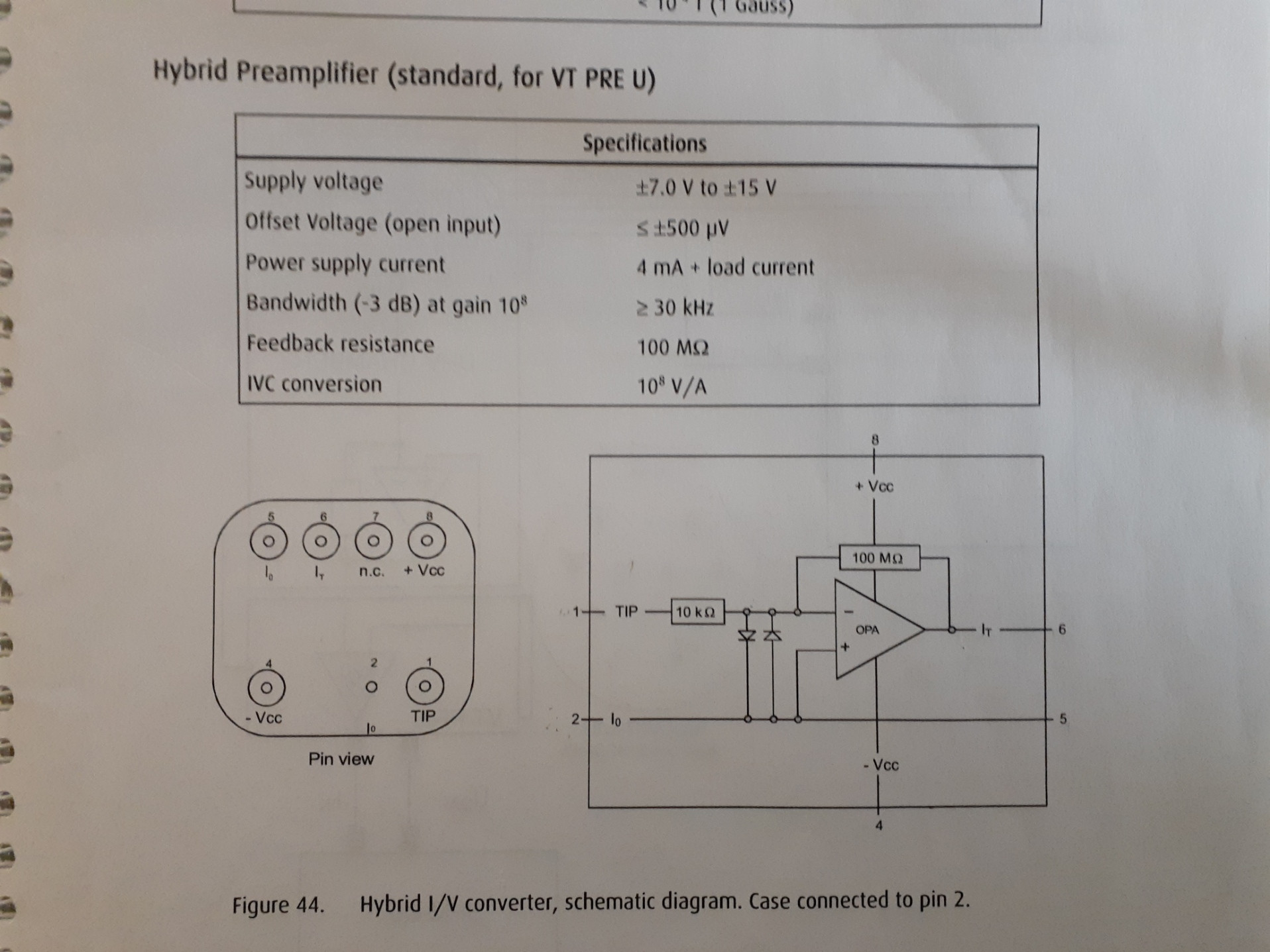 The guard needs to be a low-impedance potential in order to protect what it is surrounding. Using a capacitive-divider like you have is ... not great. To generate a low-impedance mid-scale reference, use a resistor-divider between +VCC and -VCC, and then bypass that with a capacitor to -VCC to filter out noise, and buffer that with a low-noise op amp: 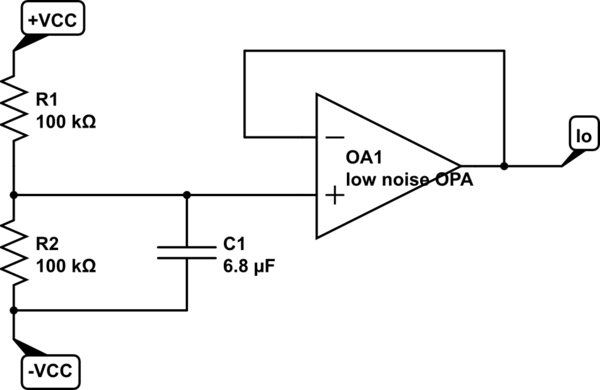 You can then use this low-impedance Io to drive your guard ring.

A couple more notes about your circuit:

I am under the impression that a lot is going wrong in this design...

[While I do not consider myself an expert at this, I did design a pH-meter circuit last year coping with the high impedance limitations of it achieving excellent results with low cost components - i.e. the low cost circuit performs at least as well as its predecessors using more pricy OPAMPs with lower input bias].

Not the answer you're looking for? Browse other questions tagged pcb current via leakage-current transimpedence or ask your own question.