Why does triode voltage drop change as a function of grid voltage?

Presumably the voltage drop \$\Delta V_\text{diode}\$ arises from the acceleration of electrons as they travel from cathode to anode. The kinetic energy of the electron velocity is lost as waste heat when the electron slaps against the anode.

Now, imagine replacing the diode with an equivalent triode. Imagine the voltage drop from cathode to the control grid is 0V. The grid is effectively superfluous and nothing about our circuit has really changed yet.

My question is: why/how is energy per coulomb lost as charge travels through the triode?

Because of the grid voltage, only electrons emitted at high-enough velocity can "punch through" the grid field and arrive at the anode. (This is why the current conducted by the tube drops.) My intuition was that these electrons that do succeed at passing from cathode to anode arrive at the anode with greater velocity, and thus more energy is lost as heat.

But then I thought: if one integrates the electric field from cathode to anode (the kinetic energy added due to the potential difference between cathode/anode), doesn't the work being done per electron remain constant (regardless the grid voltage)?

In summary: when the grid voltage is at a lower voltage than the cathode, the triode current drops. But what explains why \$\Delta V_\text{triode}\$ rises?

Example of voltage drop across resistor with no voltage applied to grid: 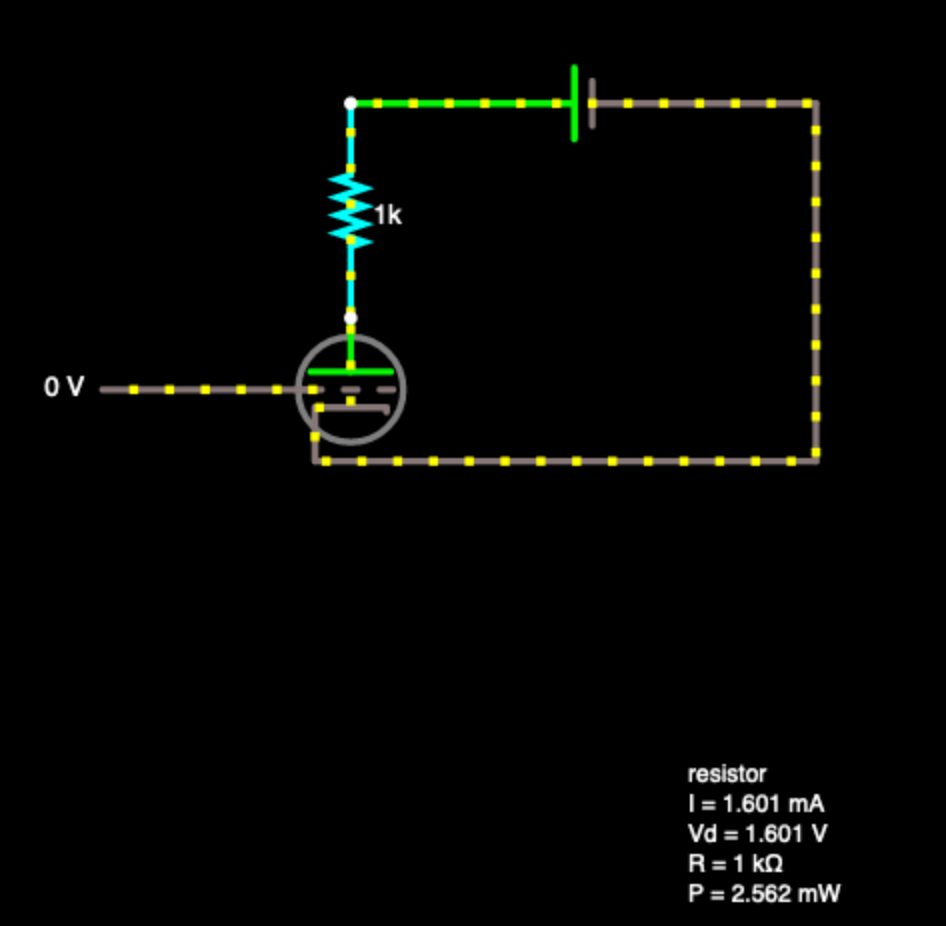 Example of voltage drop across resistor with negative voltage applied to grid: 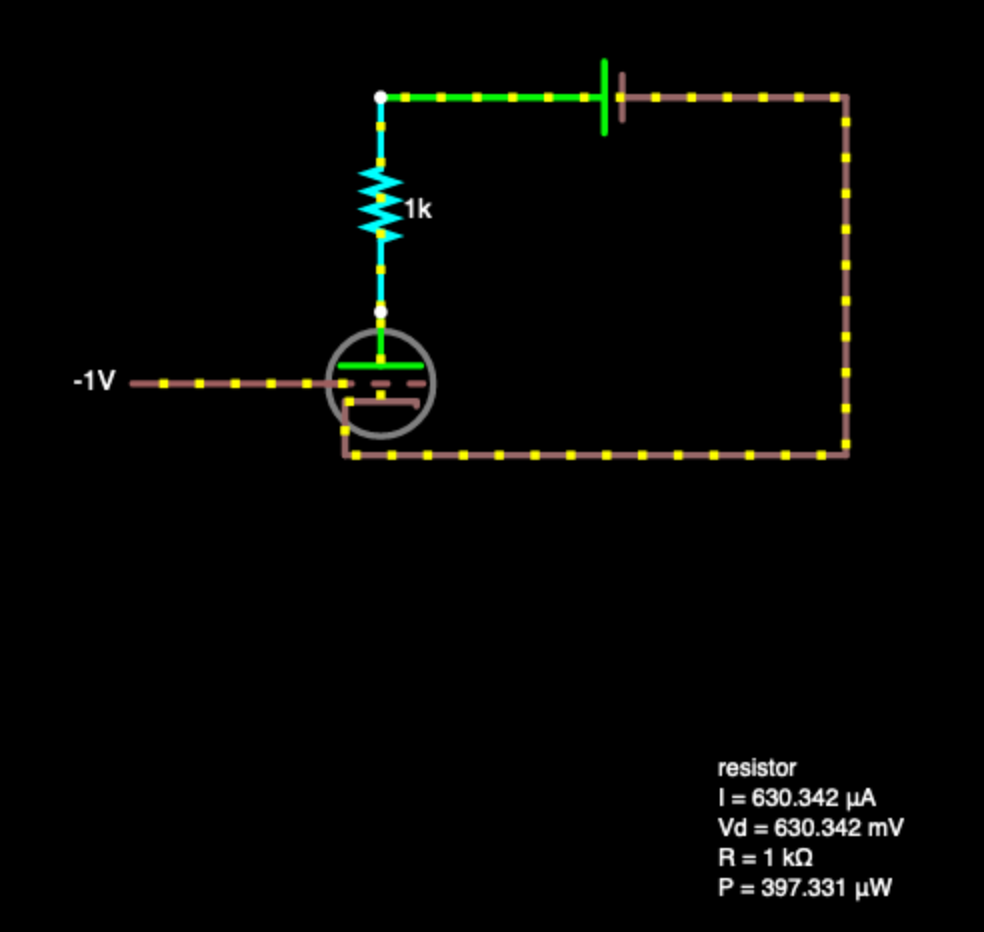 @jonk may speak harshly to me for over simplifying the model [ :-) :-( ] but the following may help.

Consider the triode as a voltage variable resistor = Rt.
Variation of resistance with voltage is non linear but that does not affect the model.

Starting with Vgrid = 0 and then applying an increasingly NEGATIVE voltage to the grid then Rt increases. For an anode resistor Ra and a supply voltage Vs the triode anode Voltage Vt is
Vt = Vs x Rt / (Rt + Ra).
As Vg goes increasingly negative Rt increases and so Vt increases - because Rt becomes larger compared to Ra so drops a larger Voltage.

Similarly -
It = Vs / (Rt + Rl)
So, as Rt increases with negative-increasing Vg, It will fall.

Which is what you see.

Thanks, all. I think I understand now. I can give an explanation which hopefully also explains my original confusion.

If each plate is assumed to have infinite area, then the electric field induced by each of the plates has uniform magnitude \$E\$ (always directed away from each plate).

Thus, given the two plates, the field strength is \$2E\$ between plates, and zero everywhere else.

When I was considering the triode, I was thinking in these terms. I was stuck. I thought: interposing a negatively charged grid shouldn't change the voltage difference between cathode and anode.

What I forgot is that the charge on the cathode/anode plates is not fixed! If the grid voltage is lowered, less current will flow. At a lower current, less energy is lost by electrons passing through the subsequent resistor. To restore equilibrium, there is capacity to (temporarily) increase current by building up a greater charge difference across cathode/anode (similar to a capacitor charging).

As the charge difference builds, the voltage across the cathode/anode increases. This happens until \$\Delta V_\text{triode} + IR = V\$ again.

When equilibrium is regained, we see that electrons moving through the triode are subjected to a greater electric field, and thus more energy is being spent accelerating the electrons.

Not the answer you're looking for? Browse other questions tagged amplifier theory vacuum-tube or ask your own question.