I just began being interested in electronics and I got my hands on a Chinese bench power supply APS 3005 that didn't work - only CC red led was on.

I didn't find a schematic for this PSU, but it's the same as on this video.

I found a shorted diode, which I changed with a new one and I also found that there is a LM7812 voltage regulator where I measured that it ouputs only 7V, but between input and ground, there is 18V.

I disconnected the output terminal from the circuit and output was still the same value. So I bought a new LM7812 and to m surprise when plugged in again only 7V was at output.

Why is that it never outputs 12V? Could it be that both the old and the new LM7812 are bad?

Here is a picture of the regulator with output disconnected from rest of the circuit and between input and ground is 18V. 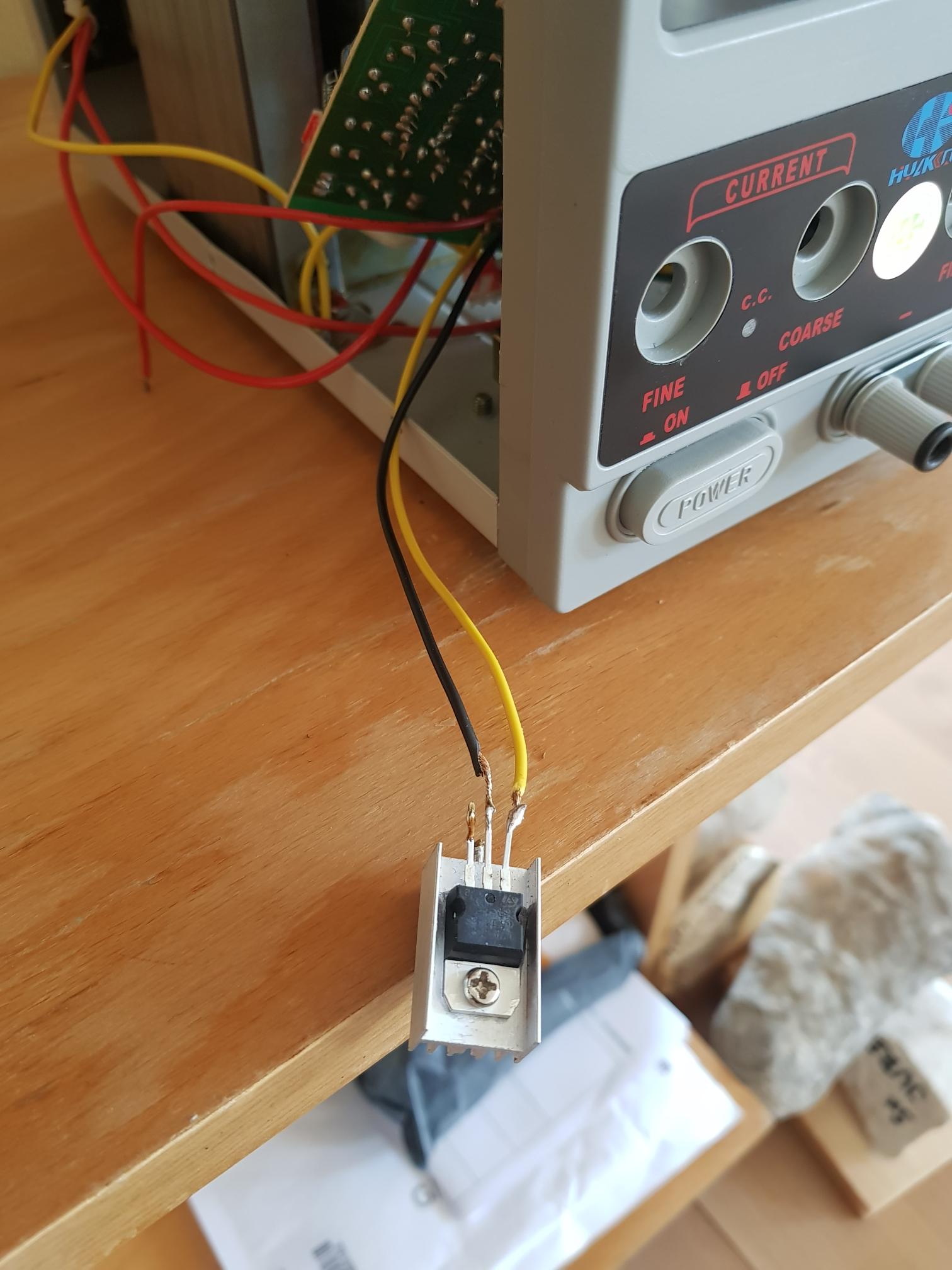 Edit: So I apologize, the problem wasn't the 7812, but my multimeter which showed lower values. When I tried another multimeter it showed 11V, which is fine, since the multimeter is for higher voltages. Now I have to find why the power supply is always only in CC mode.

So I found that the LM7812 is perfectly fine and that my multimeter is broken and showing lower values. It really outputs 12V.

Not the answer you're looking for? Browse other questions tagged power-supply voltage-regulator linear-regulator or ask your own question.

9
Some Power Supply Questions - Multiple Rails or Single Rail w/ multiple Outputs?
2
LM7812 power regulator 28v to 12 dc-dc converter wrong output
0
What would cause a voltage regulator to output much lower than its rated voltage?
1
5 volt regulator not getting desired output
0
Simplest way to get regulated 12V from 10-18V input
2
Little help with this DE=A1D voltage regulator
7
Series pass transistor, LM7812
0
Polarities of high current bypass, and short circuit protection, transistors on LM7912 - NPN or PNP?
0
How and when does a regulator draw energy?