I built my own MOSFET active rectifier and DC/DC stepdown for a bike dynamo hub and wanted to use it for charging a mobile phone.

The circuit is working, but there is one thing which needs to be solved better.

When USB output (5V) is not connected to the load and I'm riding too fast (downhill 70km/h) the dynamo (alternator) produces overvoltage, e.g. 100 V. That overvoltage is transformed to heat in the transil. It is too much heat and the SMD transil was desoldered from the PCB, then all my electrolytic capacitors exploded.

Does anybody have a better solution for overvoltage protection on AC side (sine wave) voltage? It can disconnect circuit from dynamo if necessary, or just limit the voltage. 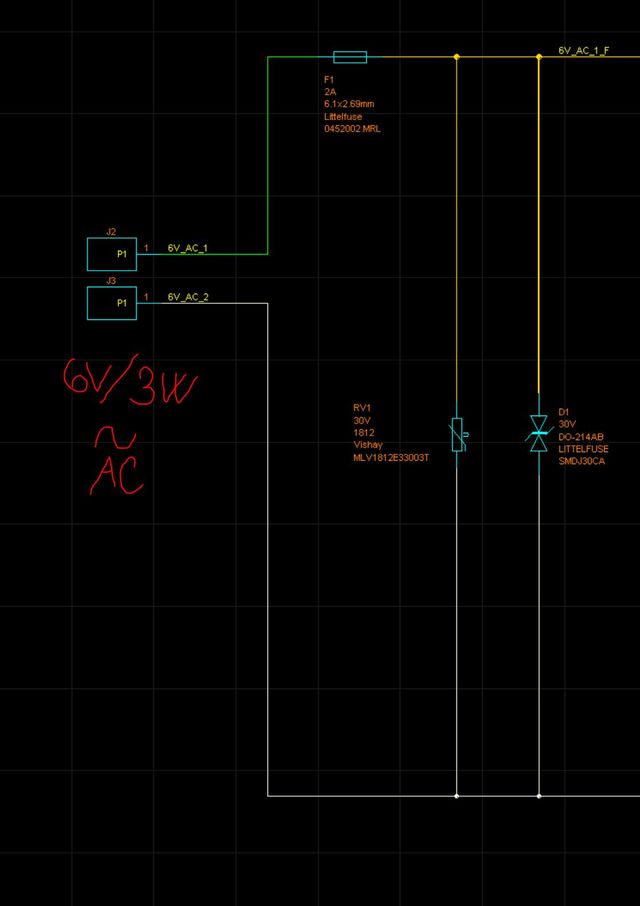 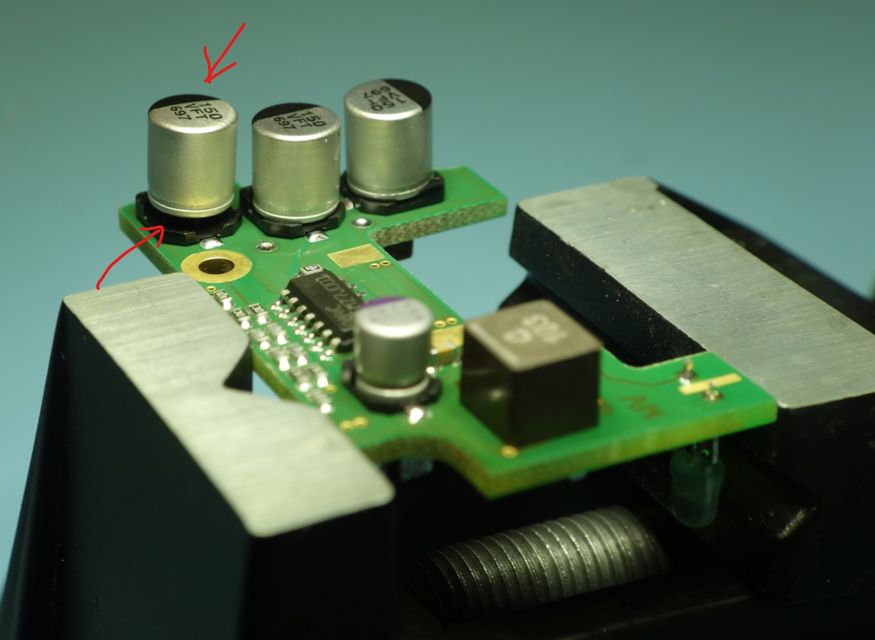 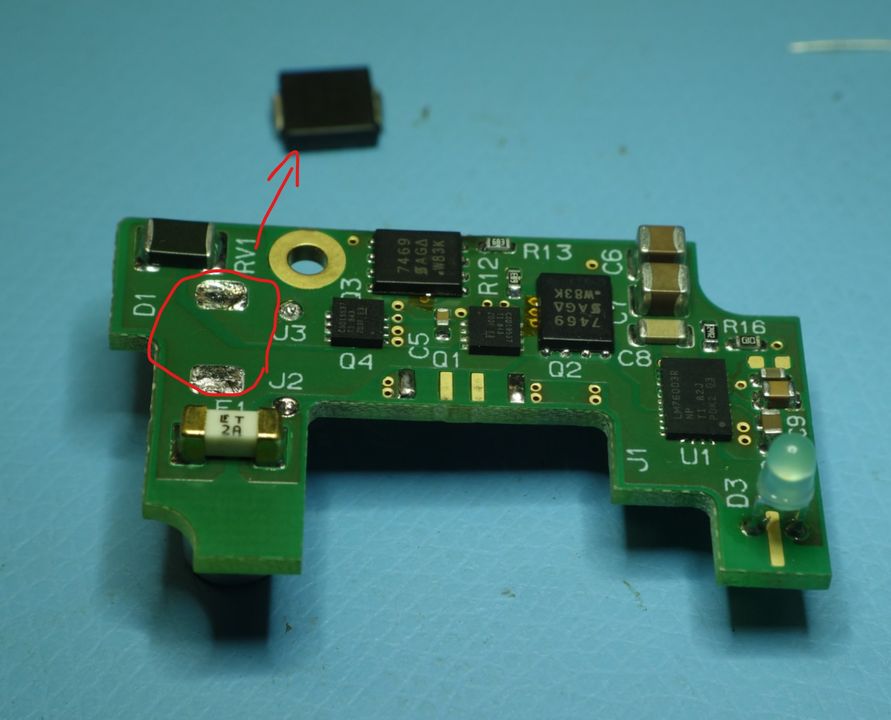 There are two approaches I would suggest.

Permanently connect a power resistor in parallel with D1 to provide a minimum load on the alternator. e.g. 220 or 470 ohm. This will prevent the output voltage from rising too high but has the disadvantage that it will 'steal' some power from the load. Nevertheless, you may be able to find a compromise in the resistor value, i.e. a value that prevents an overvoltage yet has negligible losses.

Connect the following circuit across the load terminals (after the rectified output of the alternator). If the voltage rises above 10.1 + Vgs_threshold (the threshold voltage of the MOSFET), the Mosfet will turn on, effectively connecting the 100R resistor across the load. This will then reduce the load voltage, protecting your voltage-sensitive components. 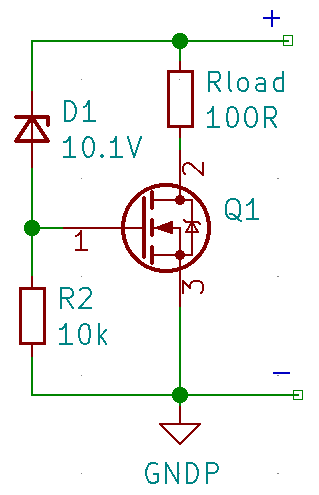 An OVP circuit I have used in the past with success in bike dynamo applications is to use a TRIAC which is triggered by a RC combo with a DIRAC, as shown below. You can adjust the trigger point by customizing the DIRAC, R and the C components to your liking. The idea is that the TRIAC will get tripped and short out the dynamo for the part of the signal that goes above the trip point. However, this mechanism will introduce some resistance in your ride. 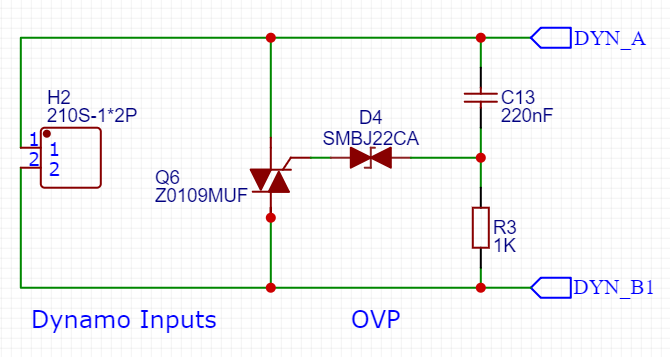 Bicycle "dynamos" (alternators really) can be modeled as an AC voltage generator with an output voltage and frequency proportional to speed, with a large winding inductance in series. As speed increases, frequency increases, which means the reactance of the inductance (Lw) increases, which limits the current, and... you get an AC current source. This is intentional and the windings are designed with the corresponding number of turns and inductance.

While these are sold as "6V 3W" they really are 500mA RMS AC current sources, with a maximum unloaded output voltage that is proportional to speed. And... as you noticed it can get quite high.

When you don't need power, the simplest is to just short the alternator. This will result in slightly more drag on the bicycle than leaving it open, but it will limit the voltage to a safe value. Note if you short it, the internal inductance still limits the current, so the alternator will not be generating 3W with corresponding drag.

Since you say you use FETs for synchronous rectification, then turning on the two bottom FETs will achieve this. So you could add a comparator with hysteresis, and if the rail voltage gets above the safe limit, turn on the two bottom rectifying FETs. You have to mind the switching frequency though, because the wrong frequency can cause the handlebars to vibrate, so you may have to adjust the hysteresis value.

Another more useful thing to do is to add a bunch of white LEDs in series on your rectified and filtered DC rail. They will act as voltage limiter, and you get a headlight for your bike. The LEDs should be able to sink the full current, ie 500mA.