What is meant by "plant" in control system?

What is meant by "plant" in control system? Does it also means systems like DC motor or it only includes large systems like chemical (fertilizer or cement) plant?

Indeed, as Marko writes, it can be just a DC motor. In general it's "the thing being controlled".

In fact the word "plant" in plain English can mean

For instance "the heating plant for a home" or "nuclear plant for a submarine"; https://www.dictionary.com/browse/plant

I'll let the linguists battle it out, but it does origin from the word for "shrub", which rooted in soil, with branches, leaves etc.. and if you look at a power plant or heating plant, they look like that too: mounted to the ground, with protruding tubes, boxes etc.... so maybe plant -the machine- came before plant -the factory.

See also the comment by Ross, who found the etymology back to the 18th century: "at first with reference to the machinery, tools, apparatus, etc., later also the building"

There's something that connects the non-mobile machine, installed at a factory, with feed pipes, exhaust pipes etc..., with the rooted, and thus obviously non-mobile, plant.

And according to Andrew (see comments), in British English it's quite common to refer to heavy and mobile machinery like bulldozers, graders, and road rollers as "heavy plant" 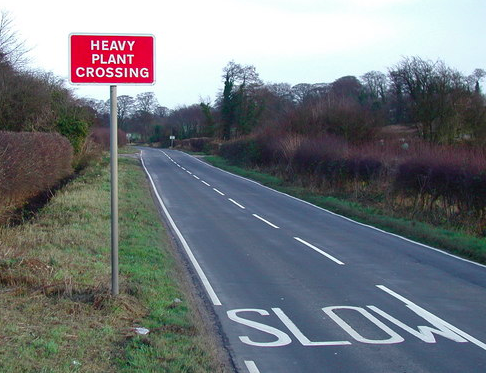 It could be anything that has an input and gives an output. In control theory is depicted as a box with a relation Output VS. Input, we call this transfer function. It may have also multiple inputs and/or multiple outputs.

The physical size is not important, so yes your DC motor could also be a plant.

3
What are some of the examples of "plant" in control systems?

0
poles and zeros of control system
4
Confusion in understanding control system?
2
In practice, what is the difference between the "nominal plant model" and the "plant model"?
0
Layman explanation of "dynamics" or "dynamic behaviour"
0
How do I find specific transfer functions from a plant of a MIMO system?
0
Problem with adding unmodeled dynamics to a system
1
What is a non causal system?
0
Feedforward Control: Plant's Process vs Disturbance Model
3
What are some of the examples of "plant" in control systems?