Why does this connection not become a low impedance between Positive (Isolated system) and Ground (Earth)?

I was going through a lecture regarding oscilloscope grounding methods and saw this image. 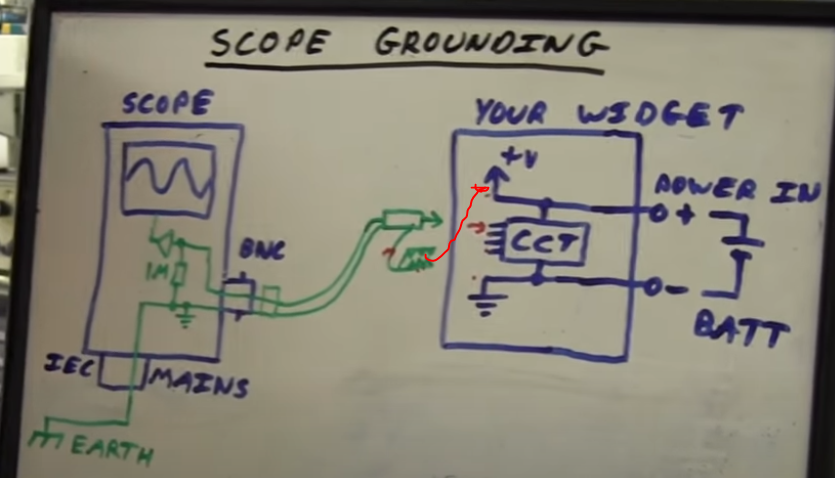 Assume I have the isolated widget powered by an external battery. Now, I am going to measure the signals using an oscilloscope.

Question : Why does the current not flow between the "Power In" rail in my widget and the "Mains earth ground" when I connect my oscilloscope alligator clip ground to the "Power In" Rail of the widget - as shown in red in my above image?

I am having this confusion and not able to understand clearly why the current does not flow. Can someone please explain in simple terms on how to understand this?

I understand the when I connect the scope ground to any point on my widget, that point will be "Earth" referenced. But, I am not getting how the current does not flow between the +V and Earth when the above connection is made?

P.S. the lectures says that since the widget is isolated and has its own +V and negative, "there are no loops formed when the oscilloscope ground is connected to the +V and that's why current does not flow from the +V to the scope ground" - I am still not getting this. Any analogy or illustrations with simple terms explanation will greatly help me understand.

So first have a look to the oscilloscope - its galvanic isolated (but neutral and secondary side GND might be coupled). If GND is floating, wherever you connect it, it is tied to the potentials of the device under test.

second is your example in 3 steps starting with no connection to full connection with GND and probe: 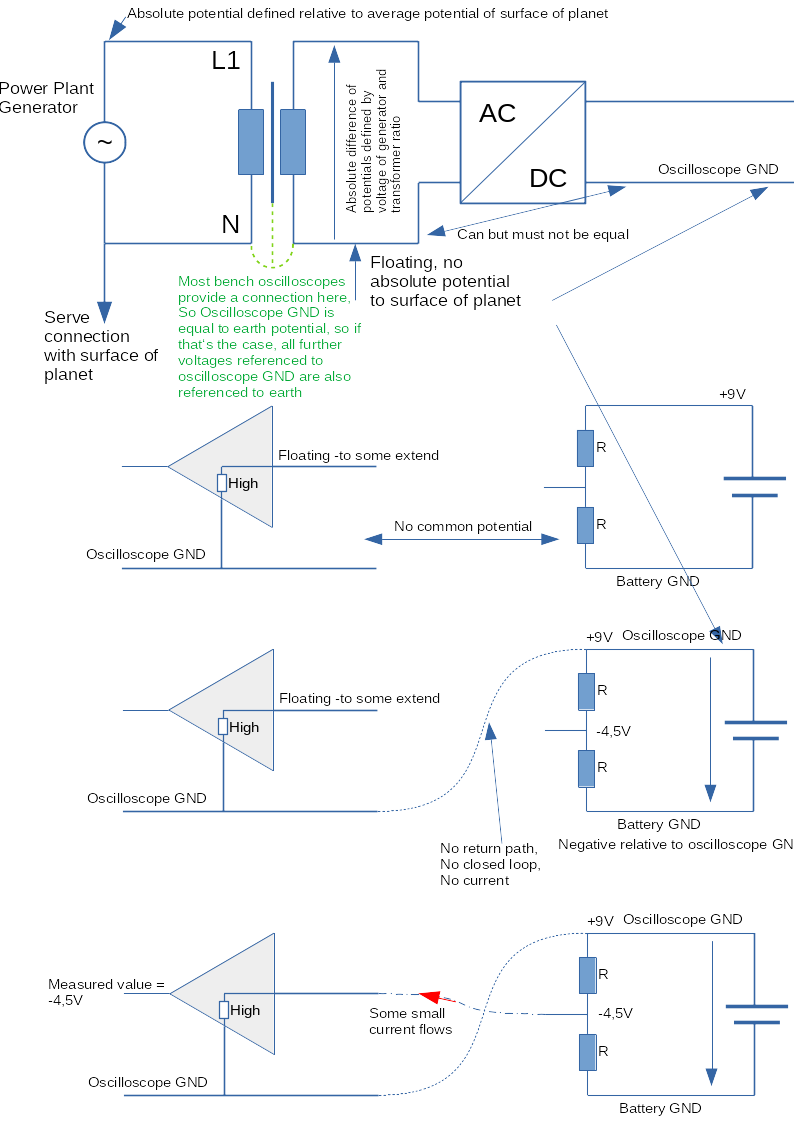 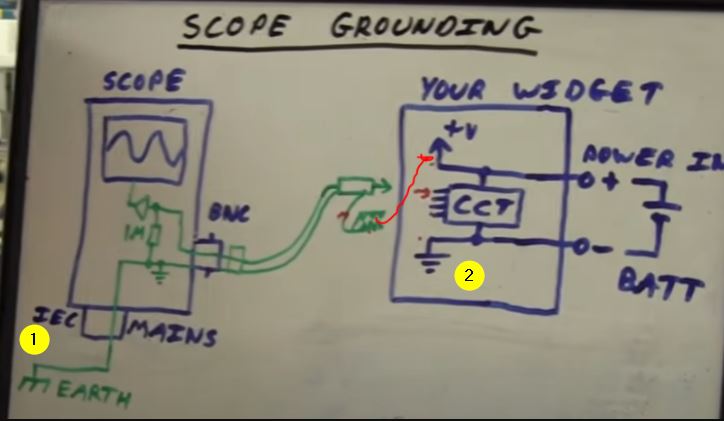 Figure 1. Note that the author of the schematic has (correctly) used two different symbols for (1) EARTH and (2) GND.

Since (1) is not connected to (2) there is no closed loop for current to flow.

(I would argue that the symbols should be swapped as the origin of symbol (2) represents metal plates buried in the Earth and symbol (1) represents connection to a chassis.)

"Ground" is often used as a reference point from which other voltages are measured. When various parts of the circuit are isolated from each other best practice is to use a different ground symbol for each section to make this clear.

Finally, if the circuit common is connected to earth (as in The Earth) we take that as a real zero volts, in much the same way as the surveyor might use sea-level or some local reference as an absolute reference. 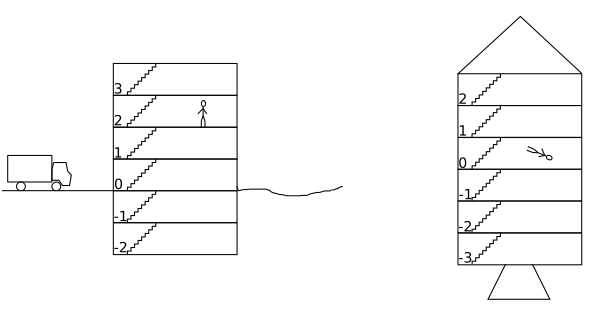 Figure 3. The building on the ground and shot off into space. In the space situation (electrically isolated) we can call any floor the 'ground' floor.

Take a regular 1.5 volt battery that is unconnected to to anything. You'd expect it to hold its charge and not supply any current - because there is an open-circuit across it. Now, if you earthed the negative terminal of the battery you'd expect the positive terminal to be at +1.5 volts relative to earth. And, there's still no closed-circuit for current to flow and, the battery retains its charge and still produces 1.5 volts.

So, repeat this thought experiment with a light load of 10 kohm across the battery - is there any difference to what I wrote above?

OK, lets simplify this; If the circuit was in a metal box, say a transistor radio, on a plastic table, (no scope connected).

If you took a voltmeter, measured voltage from any part of the radio's circuit, to let's say - a water pipe (or anything in the room but not on the radio), you would read nothing. The battery, and circuit, does not 'see' the outside world, or earth ground. NOW, if you connect the scope ground to ANY part of the radio, lets just say--- the positive battery post. NOW you have introduced a connection to ground (of the outside world, and your AC powered test equipment most importantly). The outside world is tied at that one point now.

Everything in that radio will now have a voltage with respect to earth ground, (or anything electrically powered from AC or grounded in some way).

That point is now 'earth ground voltage'. Everything else connected in that circuitry will now have some sort of reading. The readings to each other will still be the same within the circuit, but you will also be able to get readings of how much it is 'above' or 'below' the point you have now grounded; in this case, everything will read 'below' earth ground (negative).

In this example, with scope grounded to the positive, no current flows if it is the ONLY ground point connected. The negative battery power cannot get to the positive, except through the radio's circuit as normal. ONLY if you ground the radio chassis in some way; say you accidentally put a second scope probe ground on the battery NEGATIVE, or if you put the box on a metal grounded table (or touched the radio chassis and the scope case at the same time); THEN the battery power has a 'ground' route back to the positive; you have a short (or ground loop). [think 'antenna' or cable TV feed that is grounded!]

So in this example you connected your scope probe to battery '+', then the battery NEGATIVE will NOT read '0'volts, but will read minus x volts (the batteries voltage). And everything in between will read somewhere between 0V and negative battery's voltage. (Kind of upside down, so to speak).

If you had connected the scope ground to the battery negative, then everything would read 'right side up' as you are accustom to, and also to readings taken with no grounds attached as with a voltmeter and radio alone.

If you grounded your scope 'in between' somewhere in the circuitry; then your scopes readings would be some 'above' and some 'below' ground level (DC-wise). Remember, AC waveforms are all going to be the same. Technically this would be referred to as DC-offset considerations.

SUMMARY: You won't have any shorts (or ground-loops) as long as you ONLY have ONE defining ground connection (and chassis is NOT grounded, that would be TWO ground sources in this example). As long as there is only one connection point* (between the two 'worlds'), or no connection, there will be no short circuit. *Obviously, you can have more than one ground, as long as they ALL connect to the same common place electrically speaking.

Note; the metal box could be connected to battery negative (typical in traditional circuitry for shielding and current return), battery positive (I repair vintage Germanium transistor circuits where all the voltages are reversed, uses negative 'hot', and positive 'ground'), or box could be connected to nothing. [think of a vintage Dodge with positive ground battery; it didn't short out because it's bumper touched a parking pole or if parked next to a negative grounded car! Only if you tied an external ground into their circuits, or tied their circuits together, would you get fireworks. PS, You CAN connect the Dodge's negative 'HOT' to the negative of a 'negative grounded' car, and it's positive 'ground' to positive; just don't let the bumpers touch!]

Not the answer you're looking for? Browse other questions tagged voltage oscilloscope grounding groundloops earth or ask your own question.

10
How to attach (safely?) an o-scope to various sources
68
Why on earth are o-scopes earth referenced?
3
Oscilloscope ground clips sparks while connecting to power supply
2
Why earth ground connection does not leak current?
3
Why doesn't electricty flow to earth ground when I connect my oscilloscope ground clip to a floating circuit?
0
Ground loop- Why would current flow between 2 earth grounds when signal return path offers the least impedance?
2
Why do isolation transformers provide a 0 V between their terminals and grounded instruments and why does a normal grounding not?