I found this 6 pin PWM IC in one of the SMPS. I am unable to find any of its details on Google. I am requesting if anyone could help me finding the device name. The marking is something like FA=606 or 1FA=606. 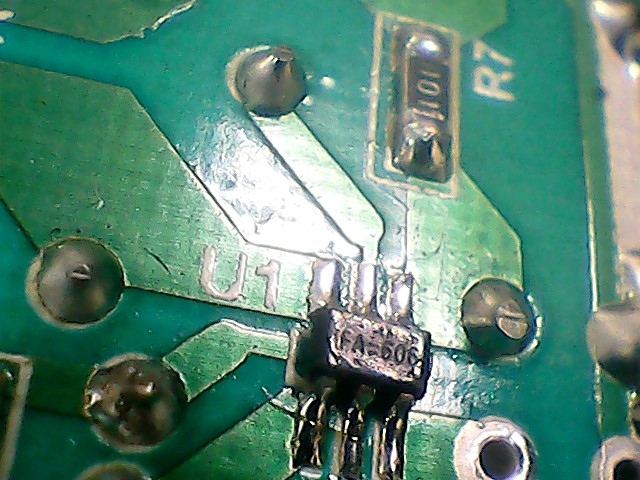 There are many controllers in this format all with the same package (SOT23-6) and similar pinouts, so it's hard to narrow down the exact ones. So a bit of sleuthing was in order.

Most of them seem to use a similar format for their markings, something along the lines of ###YWW where ### is some short code for the series, sometimes two, sometimes three characters, Y is the year code, and WW is the week code in the year of manufacture.

So what we are looking for is something with a part code beginning with FA, and possibly FA= but that seems a bit odd for a part number. A bit of searching led me to this rather old document, which gives FA but for a completely different form factor which is a bit upsetting. However what it does show is part numbers that are ??= - the very strange equals sign, which seemed like too much of a coincidence to ignore.

Some hunting around for Richtek SOT32-6 PWM controller images led me to this: 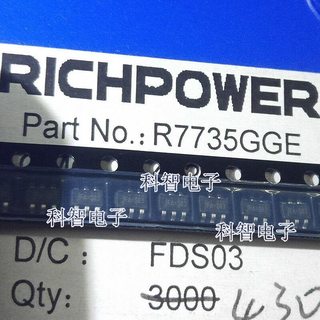 Aha, we have a part marking of |FA=S03 which is the same strange part number, but with a different year code. I've including the questionable 1 character which looks more like a | on this image, and may well be simply a pin 1 end marker (sometimes packages are marked with a line across the end which has pin 1 rather than a dot).

That gives us RICHPOWER (a.k.a. Richtek) R7735GGE. Now the full datasheet for that doesn't list the marking, it just says contact your local distributer, so I can't directly confirm my hunch, but it seems pretty solid from the anecdotal evidence.

From a pinout standpoint we have below, which matches sufficiently with the names in your comment:

Not the answer you're looking for? Browse other questions tagged switch-mode-power-supply pwm identification or ask your own question.