can i get a help to find my transfer function ? 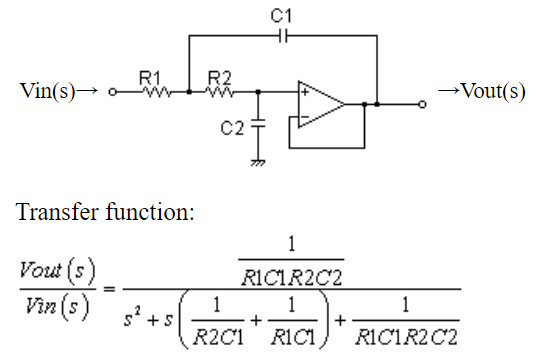 You can even plug in the component values and get a bode plot. Good luck.

You can apply the fast analytical circuit techniques or FACTs to determine this transfer function almost by inspection. This is actually an example of the book I wrote on the subject. The principle lies in finding the time constants involving each of the energy-storing elements, the two capacitors in your circuit. First, you start for \$s=0\$ and open the caps. You have a simple voltage follower whose gain is 1: 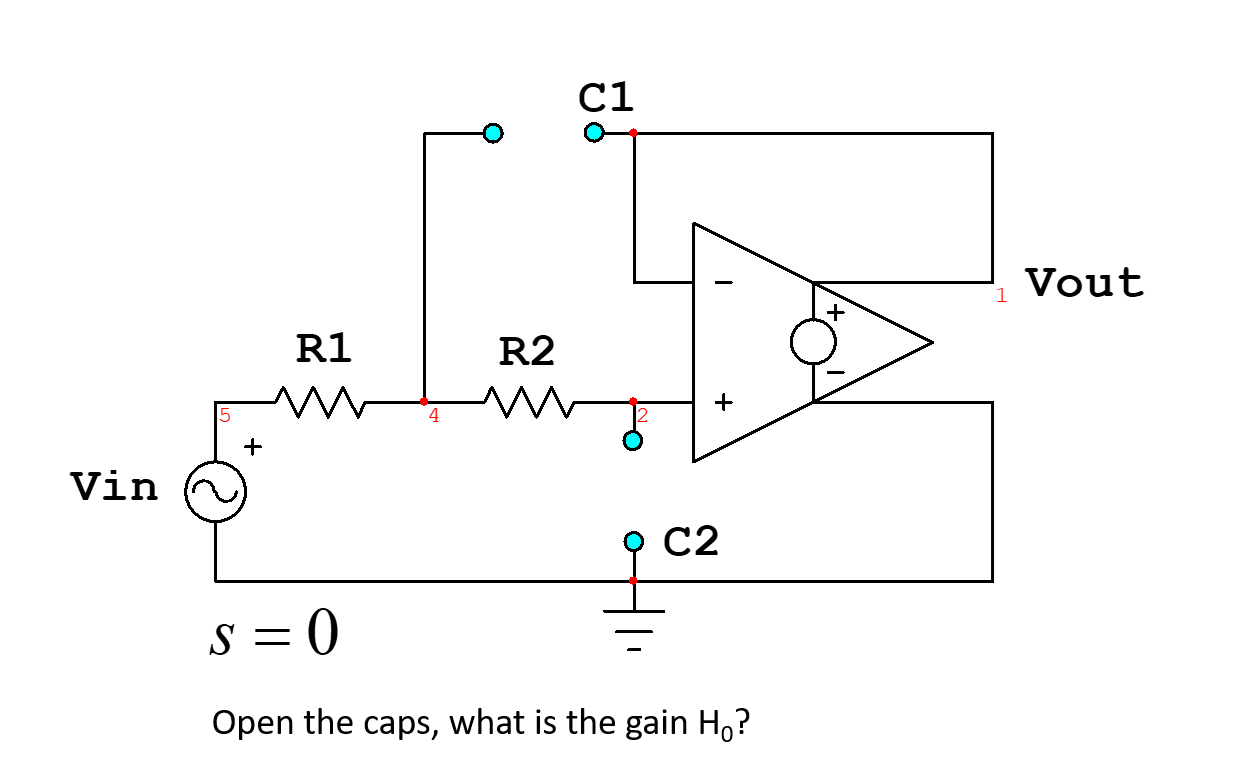 Then, determine the resistance \$R\$ driving each capacitor to determine the time constant \$\tau=RC\$ when the stimulus source is zeroed (\$V_{in}\$ is replaced by a short circuit). You determine a resistance across terminals by installing a test generator \$I_T\$ which develops a voltage \$V_T\$: the resistance you want is simply: \$R=\frac{V_T}{I_T}\$. Here we go for \$\tau_1\$ and \$\tau_2\$:

For the second-order time constant, we set \$C_2\$ in its high-frequency state and determine the resistance offered by \$C_1\$'s terminals. 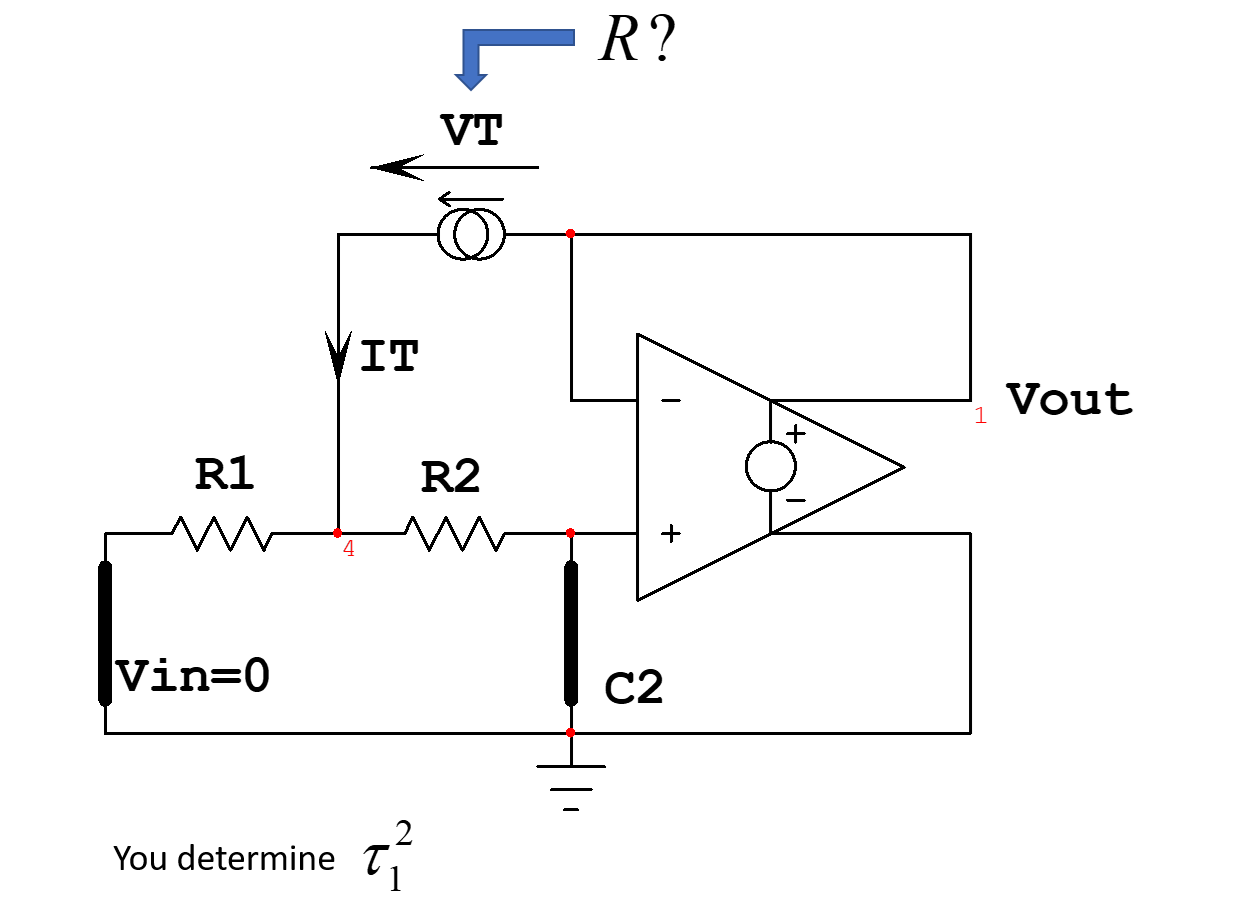 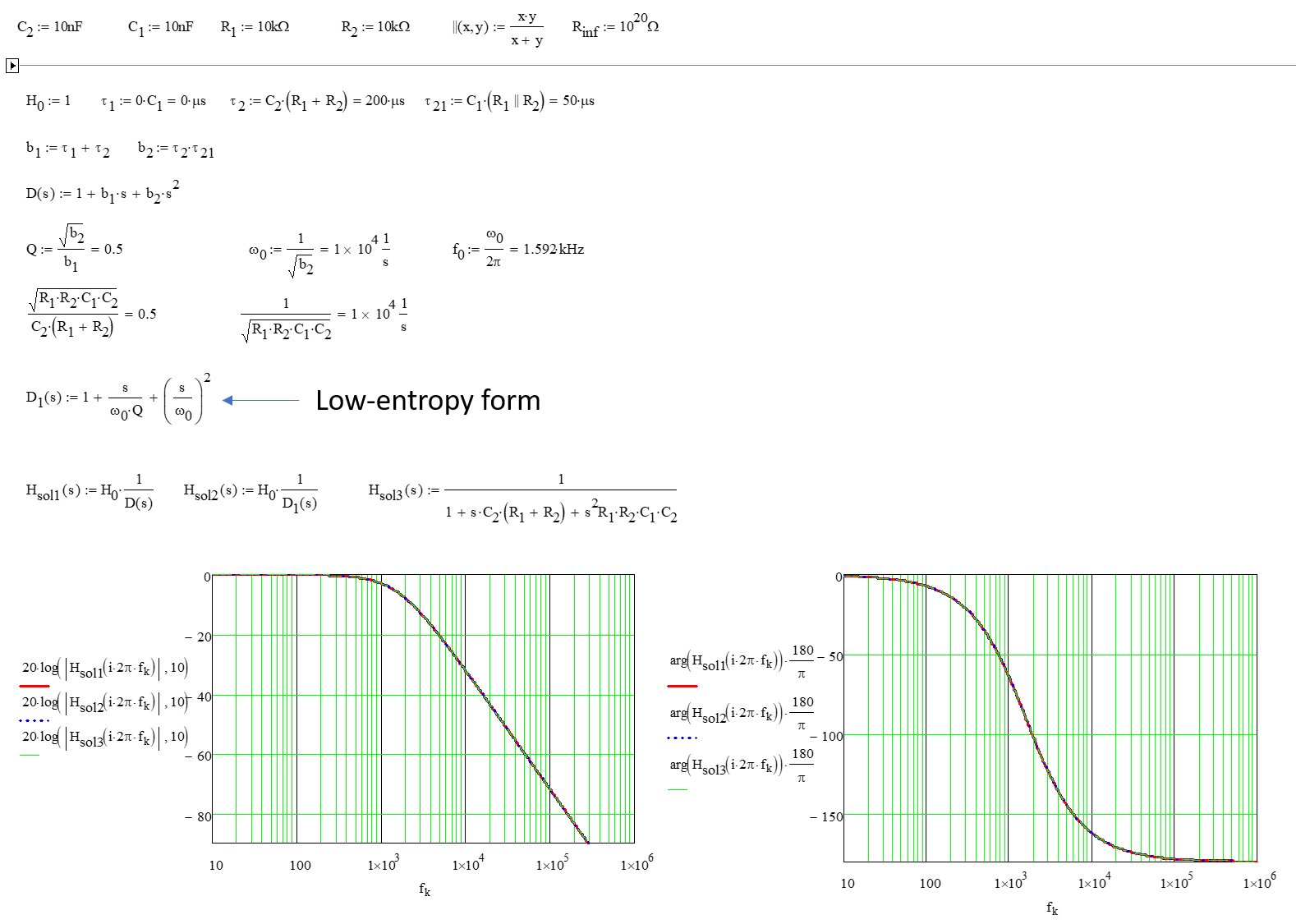 The FACTs get you straight to the answer by inspection, without writing a single line of algebra. Furthermore, the transfer function is directly expressed in a low-entropy form where meaningful parameters such as a quality factor and a resonant frequency show up naturally.

Not the answer you're looking for? Browse other questions tagged transfer-function low-pass 741-opamp or ask your own question.