I've just almost finished building the Single Side Arduino, but I'm missing one component: the 100uH inductor L1, right next to the pin 7 VCC of the chip. I am wondering what is the purpose of that inductor, since over that line there is only DC.

What is that inductor for? Do I miss something if I just replace L1 with an straight wire?

The schematic in high resolution is here.

Edit: the only molded/colored inductor at hand (the only one available on all the electronic stores in my little town) is 27 uH, +/-10%. Is it a good enough replacement for L1? Is there an easy way to build my own 100uH inductor? Here you can see the board building progress :) 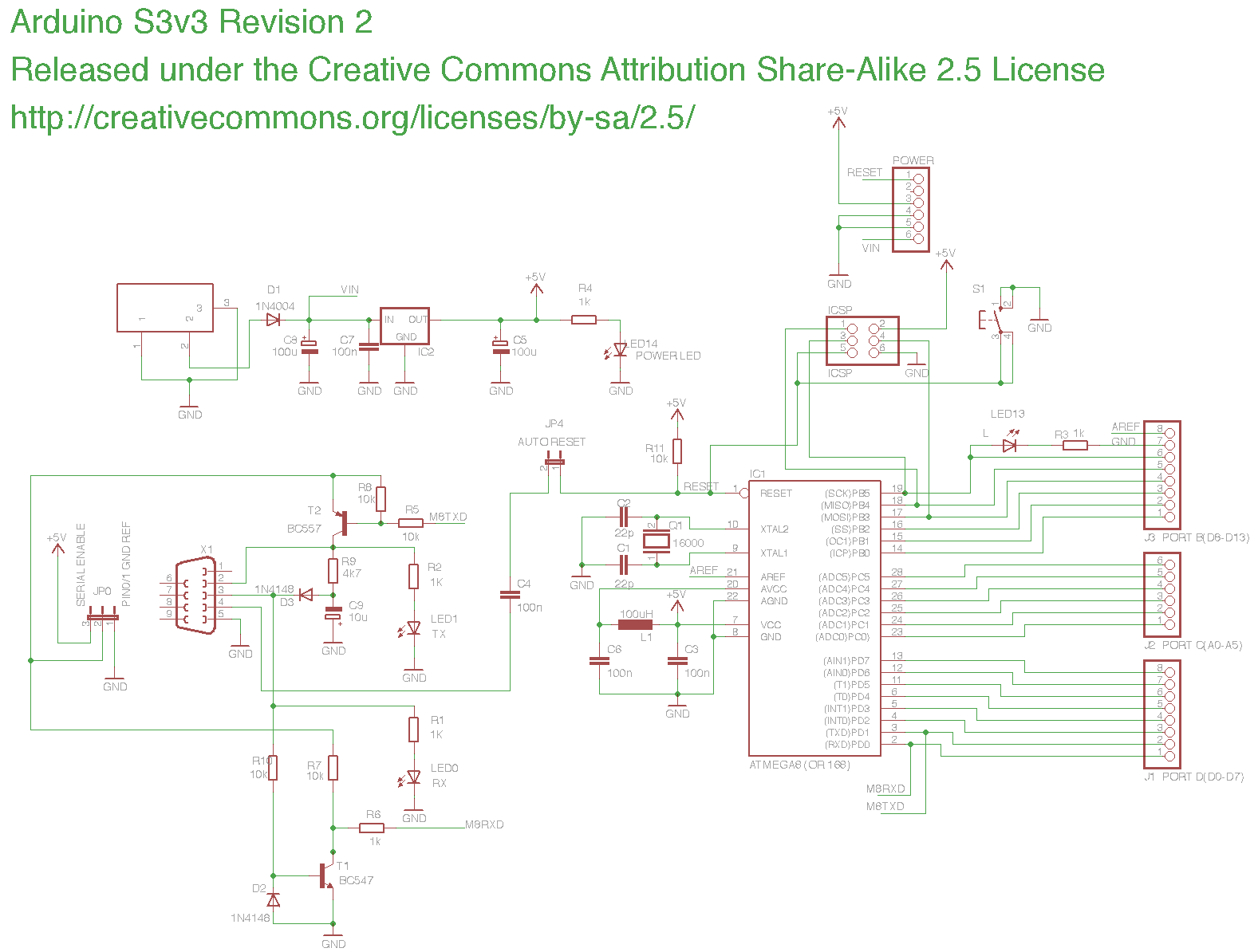 What is that inductor for?

As you point out, the inductor connects the main board power net to a dc power input of the uC.

The purpose of the inductor is to be sure that the input to the AVCC pin is really dc; even if there is some noise on the main +5V net.

For example, as the digital logic in the uC changes state, it will draw impulses of current in to the VCC pin. These will cause the +5V net to have small voltage variations. The inductor isolates the AVCC pin so these ripples don't affect it.

If you replace the inductor with a short circuit, you may see slightly more noise in the ADC readings made on analog inputs to the uC.

First, I just picked up on the fact this is a single sided board, and looking at the files on the SSA website it does look like this has caused some compromises in layout --- notably the lack of a solid ground and power planes. With this in mind, if you want to use the analog inputs, it's probably a good idea to have some kind of inductor here. If it were up to me, I'd also add some higher value capacitors (say 1 uF and 10 uF) in parallel with C3 and C6...but that might not be realistic for mechanical reasons.

The board should be totally functional if you use this part. It would certainly be worth building it that way and testing it.

If you see excessive noise (more than your application can allow) on the analog inputs, then you should work harder to find a 100 uH inductor. Or for a quick kludge, wire two (or more) of your 27 uH parts in series.