Can you make a CPU out of electronic components drawn by hand on paper?

I explored a lot of literature about paper-based electronics recently, and one particular paper caught my interest: “Handwritten Oxide Electronics on Paper” (DOI: 10.1002/admt.201700009) by Elvira Fortunato et al.

It explains a method to make transistors (FET) on a sheet of standard paper, using a Zinc Oxide (ZnO) based ink (applied by a calligraphy pen) as the channel, paper as the dielectric layer, and silver coating as the gate, source and drain (screen-printed). 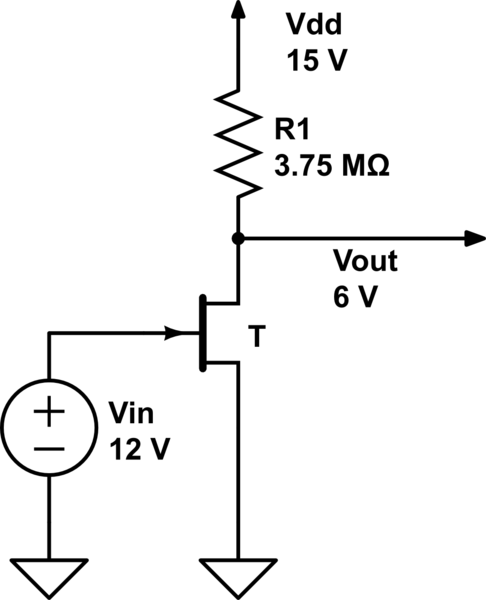 It's not spectacular, but given the simplicity of the method, I wonder if such transistors could be used to make logic gates, an adder, and eventually a complete CPU (at least a design from the 70s with a few thousand transistors) entirely by hand or at least printed? Maybe on rolled-up or stacked-up sheets of paper?

That's highly hypothetical, and I'm definitely not an expert in transistors. But if we could one day make biodegradable computers out of paper, with kitchen shelf ingredients, that'd be interesting, wouldn't it?

Note: On a later paper they achieve better efficiency, but using IGZO (Indium Gallium Zinc Oxide) instead, which is an industry standard, but way harder to make at home.

The specific design I had in mind

I'm considering building a paper-based CPU based on that fabrication method. I could print transistors (about 1 cm2) on sheets, rolled up for each component (or a bunch of them), then clipped together using copper wire with tips bent in a paperclip shape.

Given a box of about 1 cubic meter, it would look like a bunch of scrolls clipped together.

Capacitors could be made using the old paper + oil + aluminum design.
Resistors are just a zigzag pattern using a pencil.

Would that work or am I missing a major difficulty?

Some people say that such a design would be huge, and thus impossible to carry electricity around without fatal losses.

It seems, according to the illustrations in the scientific paper, that the transistors could be made about 1 cm2 in size (maybe less if printed with a really high resolution printer).

About power distribution and signal loss

Did big (room-sized) computers use a lot of current? How did they handle carrying current over long distances?

Is there a way to prevent signal loss?

If the gain of a single inverter is less than unity, then it will not be possible to combine any significant number of gates together to build a larger circuit. The signal levels will just peter out.

To be viable, a circuit for building logic needs to have output signals that are compatible with the input of the next gate. At first glance, your inverter has a 0-12 V input swing, but a 6-15 V output swing. The voltage gain is 0.75, and there's also a significant offset.

I found a copy of the paper here. In it, they provide the following graph of input vs. output voltage. It turns out that your notation of an output-low voltage of 6 V is overly optimistic — it only gets down to about 7V, achieved when VGS exceeds about 40 V! Even if you drove your first gate with the full 0 to 40 V swing, its output would only go from 13 down to 7 V. If you then try to drive a second gate with this signal, the output of that gate wouldn't budge at all! 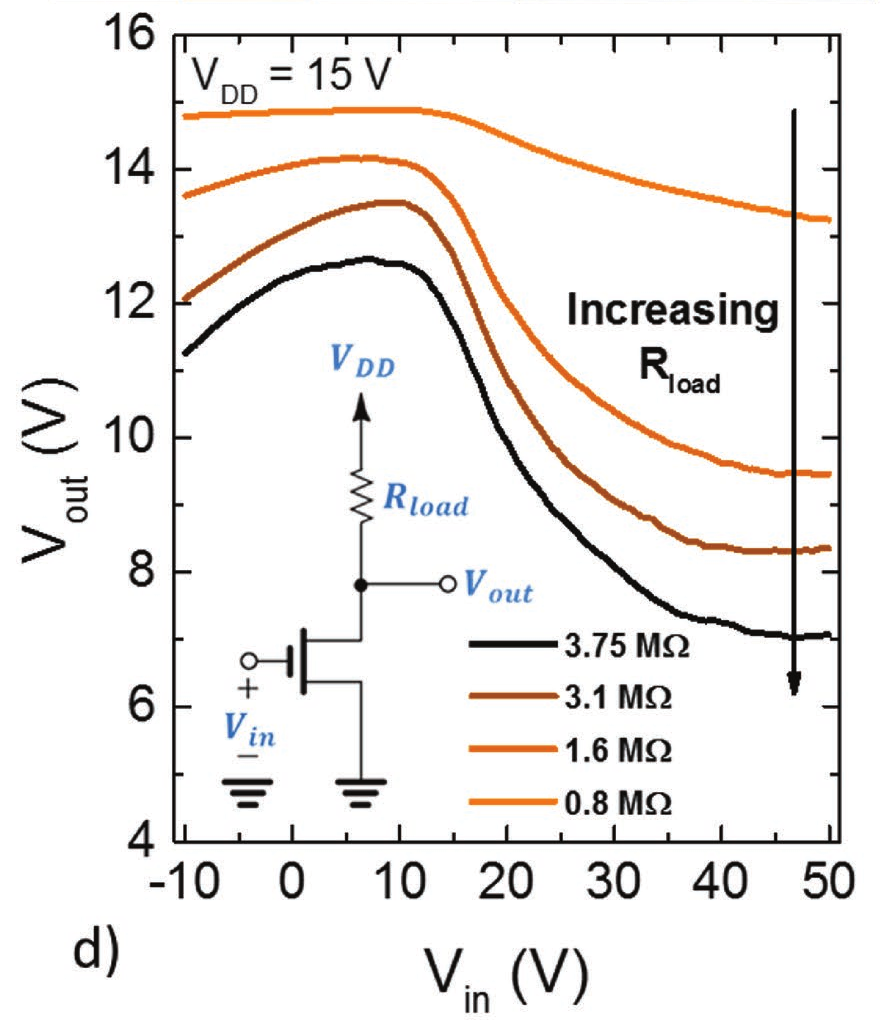 Furthermore, with the very high impedances involved, the clock speed would have to be extremely slow — probably on the order of a few Hz. Which would be fine for a demo, but not much else.

Paper transistors or not, a discrete transistor CPU can be made to be a reasonable size.

Though not done with paper transistors. That particular display does not even come close to taking up a room.

Your best bet to fabricate the paper transistor patterns would be to get a few cheap black and white ink-jet printers (either with a tank or cartridge) and then replace the normal ink with your new ink. Each printer would be used for a different fabrication step and have a specific ink.

Break down the fabrication process into a set of steps involving laying down a specific pattern in only one kind of ink per step. And then run the paper through the appropriate printer with the pattern for that step.

Your only major problem will be aligning the paper between each step. That is solved by making the features large enough to account for the positional tolerances of the printers.

For the circuit traces you can use any number of commercially available conductive inks (usually silver filled).

Or make your own.

To handle crossing routes in the layout you can use any insulating ink and print the insulator at the points where you wish to cross another trace.

It might be worth it to go as far as making a whole layer of transistors printing a full page insulating layer (minus any connection points that go between layers) and then print the next layer right on top of the insulator ink. In this way you could get multiple layers on one sheet of paper.

I have helped people build science fair projects with a paper circuits, and the cool thing was that the circuit diagram and the circuit were one in the same, so everybody could understand what was going on. We used pencil lines for resistors, and it was nice to be able to adjust resistance values with just pencils and erasers. We also found that you can buy aluminum foil tape with a conductive adhesive, which provides a good, low impedance connection. However we didn't try to make transistors from scratch. Looking at the Wikipedia article "Field-effect transistor", it seemed like building a FET was fraught with difficulty. We ended up just incorporating commercial transistors into the projects. I also used to build experimental computer circuits. The main problem with computer circuits was just the sheer number of components required. I would come up with what I thought was a really simple design, and I ended up having to interconnect hundreds of components. So I never tried to build digital circuits on paper.

Not the answer you're looking for? Browse other questions tagged transistors inverter cpu fet homebrew-cpu or ask your own question.

5
Pull up resistor in NMOS logic value
6
How electronic components like diodes, capacitors, resistors are added to CPU?
4
Can you make a CPU out of logic gates
4
Evaluating the quality of photomasks
0
Can you stack one cpu on top of another, same cpu?
1
What is the purpose of this schottky diode reversed across the BJT base resistor?
0
Can you use a cpu without a motherboard?
12
Why do CMOS NOT gate designs differ from BJT NOT gate designs?