How to buffer an ATMEGA for millisecond-level power interruption without strange behavior?

I have an ATMEGA328p-pu arduino with an LED + shift-register strip circuit attached over SPI. When it turns on, it increases a variable in EEPROM to advance the display mode.

Could anybody recommend a better way to provide a power buffer to the ATMEGA (but not to the LED strip)? Are we doing it correctly for the most part?

Diagram (sorry if it's messy, I can have my friend redo it in Illustrator if it's unclear, just might take a few hours): 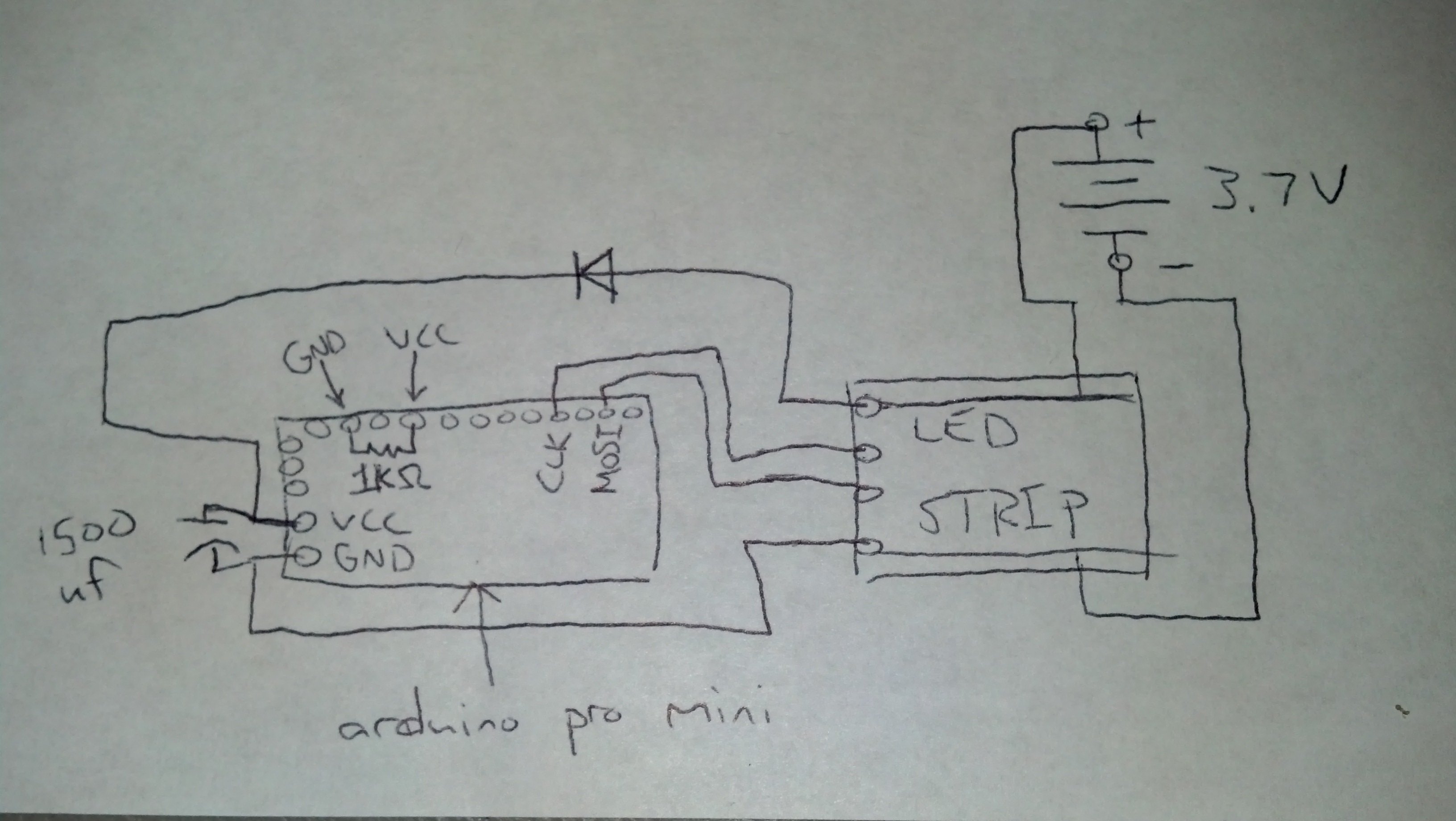 You can use a super capacitor (1F/5.5v) after the diode, connecting it directly to the VCC and GND. This will help you in buffering the power.

Not the answer you're looking for? Browse other questions tagged arduino power-supply capacitor atmega led-strip or ask your own question.