Let’s start the question with a brief description of my application.

I am trying to attach a headphone jack with a detect pin to a RDA5807 IC based FM radio project. I am using a separate microcontroller (ATmega8) to detect the insertion of headphone jack into the socket.

After a lot of searching, I came across this implementation which will work for me: 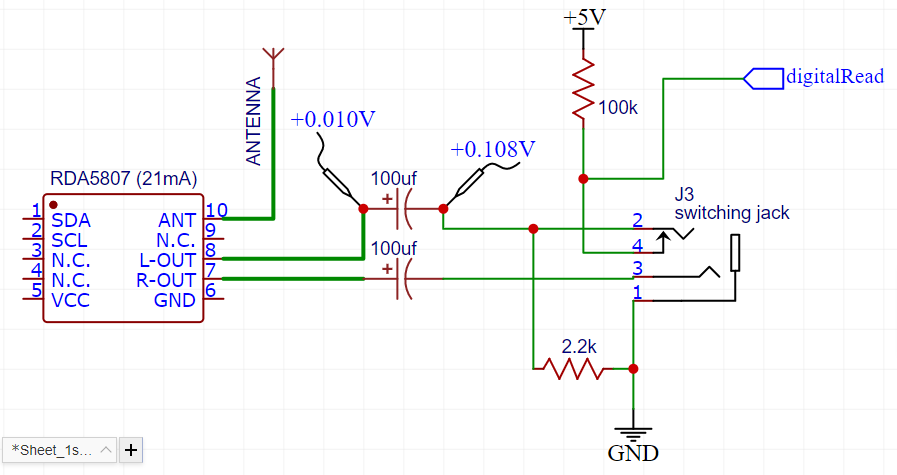 Now, the problem is, the FM IC is controlled via I²C and can be put in a powered down mode (which will be the case most of the time.) While in power down mode, the audio outputs are grounded internally. So, while measuring the coupling capacitors in this state, I am reading about 0.1 V of reverse voltage across its pins, due to the 100 kΩ pull-up resistor (shown in the picture).

Will this cause the capacitor to significantly degrade over time or even pop?

I am using these capacitors and the only information I have about them is what they look like: 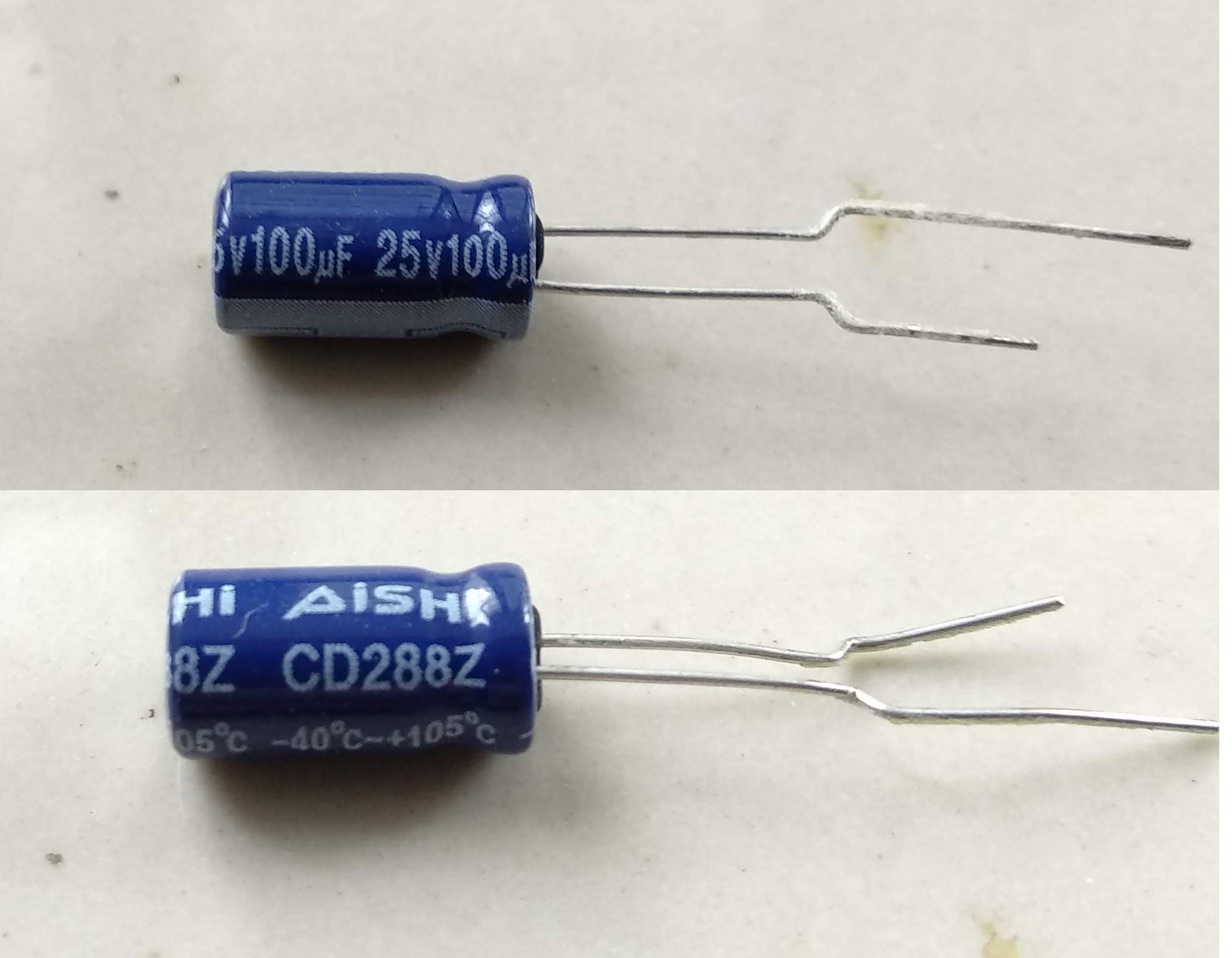 If you query e.g. technical documents of a well known manufacturer like vishay:

Reverse Voltage UrevA reverse polarity of up to 1.5 V is permissible.

Edit: German Wikipedia states, a reverse voltage should not be applied for longer times (constantly), also not in case of AC voltage. negative voltages cause a current flow which due thermal spots might damage the oxid layer (with short circuit as a result.)

given the OP's question is still a factor 10 or more away from the mentioned max values, I still would consider it OK - also there is a 100k resistance so current should be limited.

Yes, aluminum electrolytic capacitors (which is the kind you have) are fine with a bit of reverse voltage. A fraction of a volt is definitely not a problem.

Edit to incorporate comment: Aluminum electrolytic capacitors are made with two aluminum plates with a conductive liquid electrolyte (and a separator) between them. The actual dielectric is a thin Al2O3 oxide layer on the etched (to increase surface area) aluminum surface.

There is a layer of that oxide on both sides of the plates. It's thinner on one side (cathode) than the other (anode) on a polarized aluminum electrolytic capacitor, but still there. It's good for at least 1V, so an ordinary diode is adequate to protect the capacitor. It's robust because small defects get anodized away (since the cathode becomes the anode). Bipolar caps have roughly equal thickness layers of oxide, so less capacitance per unit volume.

There is a known common approach to make a polarity neutral electrolytic capacitor out of the two:

From there I think they just conduct in the opposite direction, or at least mostly can be assumed. I have also seen this wiring with the diodes present that shorten each capacitor from the wrong polarity for it but have also seen without.

Not the answer you're looking for? Browse other questions tagged capacitor electrolytic-capacitor headphones trs or ask your own question.

15
Does an electrolytic capacitor degrade each time it receives reverse voltage?