How to get (with a fixed range and offset) linearly proportional signal from a variable range on the input?

Ask: How to get (with a fixed range and offset) linearly proportional signal from a variable range on the input?

Conditions: There's a signal (to simplify, consider a sinusoid) with variable amplitude (min. 165mV to max. 1.65V) and variable offset so that the signal's lower value is above and close to 0.

I need a circuit to catch the signal no matter what amplitude and then get an output linearly proportional signal that goes from 0 to 3.3v, as shown bellow:

An AmpOp may be used in association with a digital potentiometer, to vary digitally it's gain. In this configuration, for the max. amplitude, gain should be 1. For the lower amplitude, the gain should be around 10.

P.S.: Said that, the actual signal is a trapezoidal signal that comes from a DC brushless motor phase, like bellow: 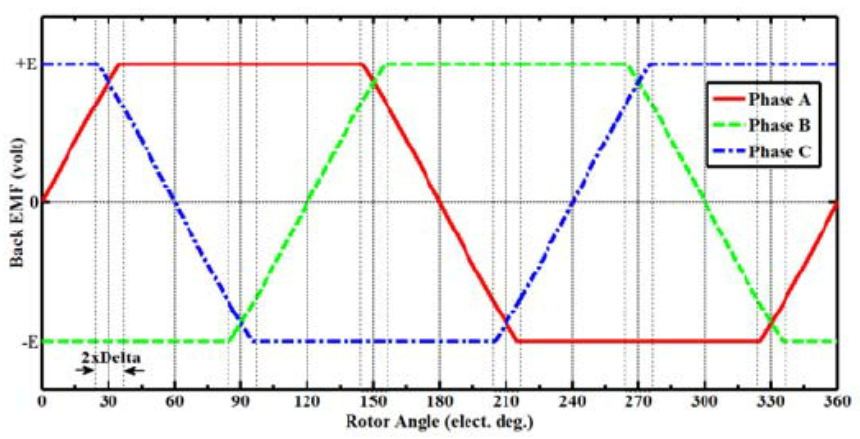 [EDIT - A test with a possibly solution] Using the following circuit, it was possible to obtain a signal from the variable amplitude input signal:

Setting the input signal to a sinusoidal 0-to-6v, and the 50k potentiometer to 91%, we have both graphs bellow:

Setting the input signal to a sinusoidal 0-to-60v, and the 50k potentiometer to 51%, we have both graphs bellow: 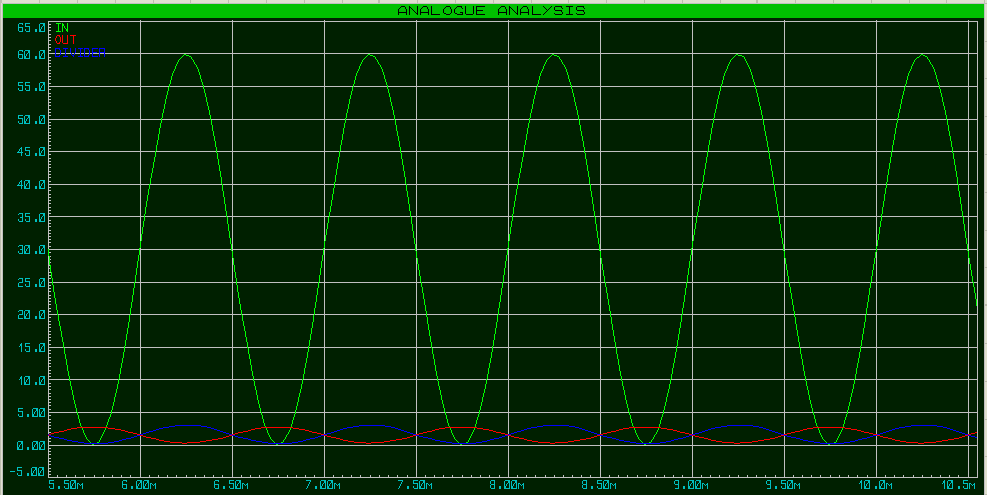 Both situations were simulated to 1.0kHz signal on the input. I would like to know if you guys have any advice or any real question which simulation doesn't take into account. Thanks!

If the sine wave is truly representative, simply AC-couple and re-bias to 1.65 V. 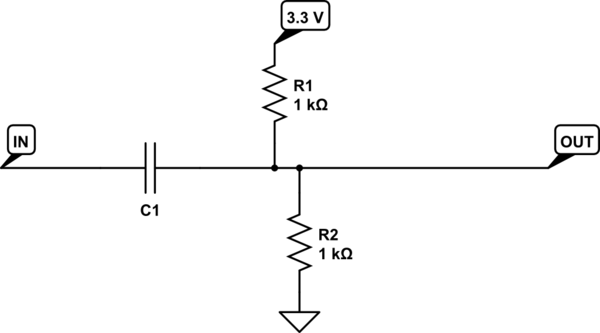 Not the answer you're looking for? Browse other questions tagged operational-amplifier amplifier gain signal-integrity inverting-amplifier or ask your own question.

0
How can I attenuate any signal to 5V peak-peak?
0
What can the reason be to choose this specific op-amp as a Comparator/Schmitt trigger?
0
How do I amplify an input signal to match the peak of another signal
0
Amplifier volume potentiometer causes voltage offset
2
How to read audio from a 3.5mm jack?
0
Bubba Oscillator - Smooth sine curve generation
0
Adding Control Voltage and Attenuation to Op-Amp Circuit