Unfortunately, the controller it's interfaced to has a mirrored pin order, a direct connection at the perimeter of the package is not possible without numerous undesirable vias and trace crossing. A more ideal routing is to fan the signals out via the bottom of the chip. but the "8.0 mm x 8.0 mm" copper area in the official footprint doesn't provide enough clearance. My solution was reducing the thermal pad to "7.0 x 7.0 mm", the extra 1 mm allowed me to route all signals within the design rules.

I have already received the PCB and assembled the board manually without any difficulty. After some minor debugging, the board is now fully functional.

Question: Is it an acceptable practice in PCB design? If I reduce the thermal pad size below what's in the official footprint, hypothetically (it's only a personal project and won't be manufactured), if I send this design for production, will it create any manufacturability problems in reflow soldering? In my opinion, there isn't anything obvious, downsizing the pad may reduce the soldering quality in a small QFN package, but in this case, the copper pad (7 x 7 mm) is still significantly greater than the thermal pad (4.44 x 4.44 mm) on the package. But I may have missed something. 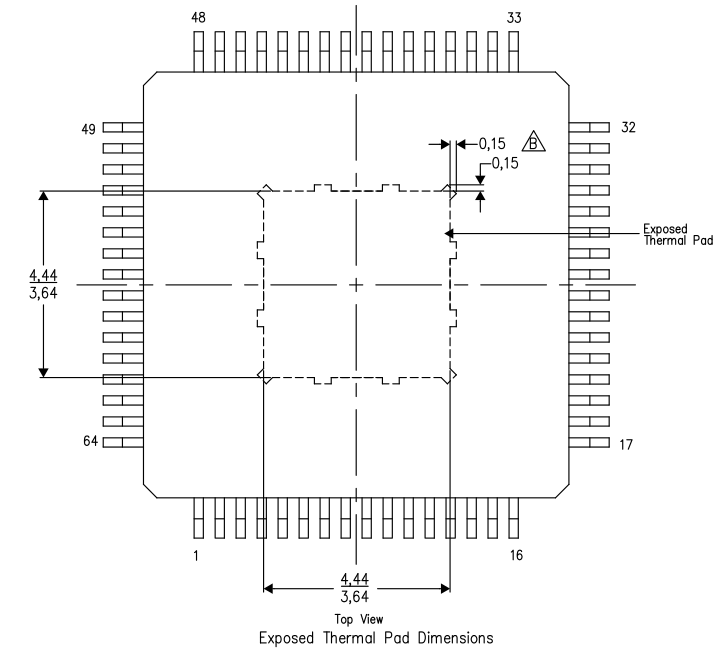 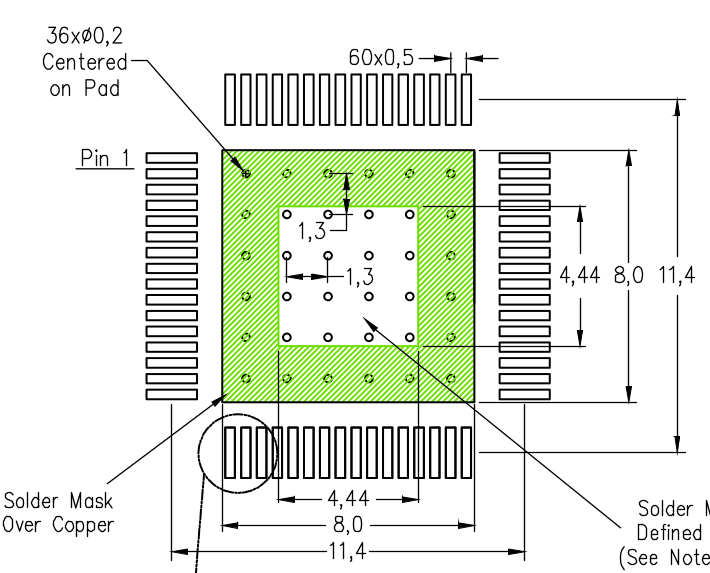