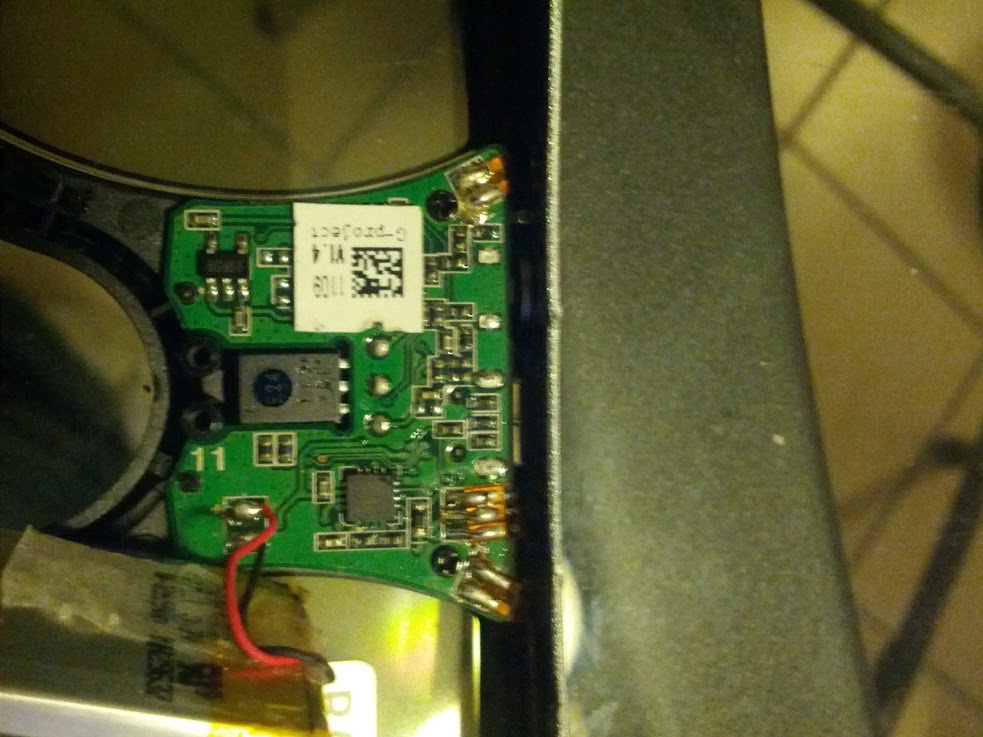 Black Ops. 2 offers a mode when playing split screen with a friend to use "dual play". Dual play is a passive 3D technology uses the opposite polarized lines on the screen to work. These new sets come with "dual play" glasses which is essentially a dual left eye pair and a dual right eye pair so that player one and player two each get a 2D full screen.

My TV allows me to place the 3D mode in to "top and bottom" mode and when I do this mode after activating "dual play" in the game, it works on my active 3D TV perfectly, however the problem is the glasses are alternating instead of giving both of my eyes left and both my buddies eyes' the right POV.

We could play this way, if I kept my left eye closed and he kept his right I closed the whole time but that is actually harder than it sounds.

So after doing a ton of research the most cost effective way to achieve what I want to do is to rewire two pairs of these glasses to give me both left or both right instead of alternating.

I've already taken a set of shades apart. The main circuit board sits right there in the bridge of the nose, the right lens is on the right and the left is on the left. As you can see the very top right corner has to connections and the top left corner has two connections. These are the connections that connect to the lens' that tell it when to flash its shutter.

I understand what I need to do, is to make this pair a LEFT LEFT pair, I would have to disconnect the right lens and then run a wire to the left side but IN PARALLEL - apparently series will not work for this.

Just to update this with a resolution.

To do this you need 2 sets of Sony 3D Display (simulview) Active 3d Glasses. You can get them for about $20 a pair on amazon right now.

I recommend testing them first to make sure they are functioning before opening them up.

Opening the glasses is just a matter of removing 6 screws (2x nose piece and 4x where the arms bend in).

When prying the inside piece from the outside piece use a small flat screwdriver or something to pry it open. Be careful and take your time. There is a small amount of glue so you will have to pry it a little harder in some places. You also need to be mindful of the inside on/off switch on the right arm.

See the image of the circuit board above, keeping in mind the top is on the right so the right side i refer to is on the bottom and left side is on the top.

I used a multimeter to check the voltage on the two pins on both the right and left side.

The voltages were jumping all over negative half the time and positive the other half. There was really no way of telling which one was suppose to be positive and negative.

I ended up just saying "screw it" and for the first set, I used a soldering iron to heat up the contacts on the PCB that connect the leads on the right side. Anyone else trying this you need to be very careful when pulling the leads off the board and be sure to not accidentally disconnect them from the lens. I did this on one set and basically ruined them. Boo!

If you are careful and dont use excess wire (i used 24 gauge), you can actually put everything back together and re-screw the plates on and have a fully functional set of Dual Play Active 3d Glasses so you can play Call of Duty Black Ops and other Dual play games with your simulview sony 3d display!

Just do the opposite on the other set, so you end up with a Left Left set and a Right Right set, and mark them which is which. LL is player 1 and RR is player 2.

A side note, for putting it back together, make sure use a flat-head to pop out the on/off slider switch (not the button on top). You can actually remove this switch from the housing before re-assembly. Once you have everything screwed back in place you should be able to see the on of slider attached to the circuit board through the whole in the "arm" where the on/off slider used to be. Just line up the hooks on the switch cover with the switch it self and press firmly to snap it back in place. Your on/off switch should now be functioning like new :)

This totally works and its awesome. If you have a spare 40 bucks and the tools laying around dual play was worth the few hour project!

I know all the Simulview does is make one pair "double left eye" and the other pair "double right eye" Pressing the button on top of the glasses makes it double left or double right. You take an actual pair of PS 3D TV Glasses. Normally to turn it on, hold the power button for 2 seconds. But you quickly tap the button to change between left eye, right eye and stereoscope. I know it works for Simulview games, but I'm going to see if it works with a movie or a 360 game I know the perfect game 3D INfinity or 3Dstruction. I just need to find a scene where somethigns go extreme left or right and test the theory. If it works with a 360 game it should work with "passive" games using an active display. The theory being the movie/game machine differentiates between left and right eye, and passses it to the TV to convert it to either shutterscope (alternate frames) or polarscope (alternate lines). Give me 30 minutes to test it.

Not the answer you're looking for? Browse other questions tagged wiring parallel or ask your own question.

15
Why an electrician wiring error could make a PC's USB shield be at 120V when it should be grounded
0
How to wire an RCE225 Dual Ended Switch for Series/Parallel switching
1
Wiring a 3.5mm Audio out jack where Speakers were previously
0
Wiring on-off switch with resistor to SoC
2
2 DC motors connected in parallel to H-bridge move with different speed
0
can a PC parallel port produce interference?
2
Why is this pair of electric brakes not working in series (as intended), but works in parallel?
2
Connecting laptop webcam 04081 to USB cable
0
Combining two speaker channels (left + and -, right + and -) into a TRS style cable (left, right, common/ground)