I am trying to replace a (suspected) constant current LED driver in a plant lamp as it has a terrible plastics smell. I am searching for a more high quality driver. I do not know then forward voltage of the LEDs, and at the moment I do not have a multimeter at hand (I will next week).

Driver to be replaced: 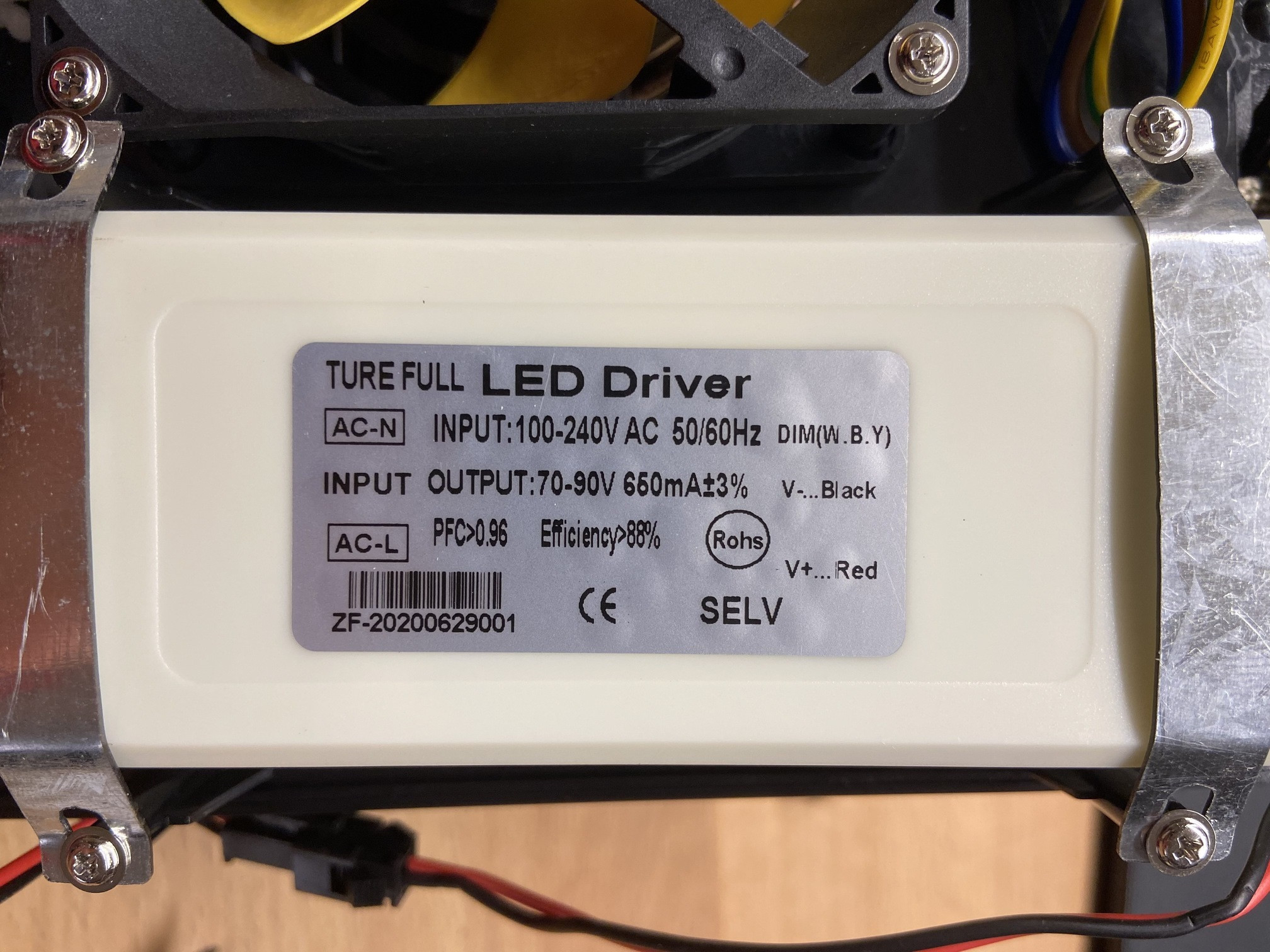 So far I have understood, that I will have to pick a constant current LED driver, which supplies 650mA and which voltage range convers at minimum the entire range of the current driver.

The current driver is dimmable, but I do not really need that functionality. I am fine with setting the driver to some output current, and then leave it there.

Note this meanwell driver has a Protection Earth wire which must be connected. Your original wire does not.

Can I adjust the output current to, say, 500mA and by that drive the LEDs at a lower brightness?

Will this cause the driver to output significant heat (I could not find out if it is linear).

No, dimming controls the switching converter inside. Efficiency vs load is mentioned in the datasheet. While efficiency decreases slightly at light load, it's still pretty good. At max output power, having low % losses is important. At low output power it matters less. 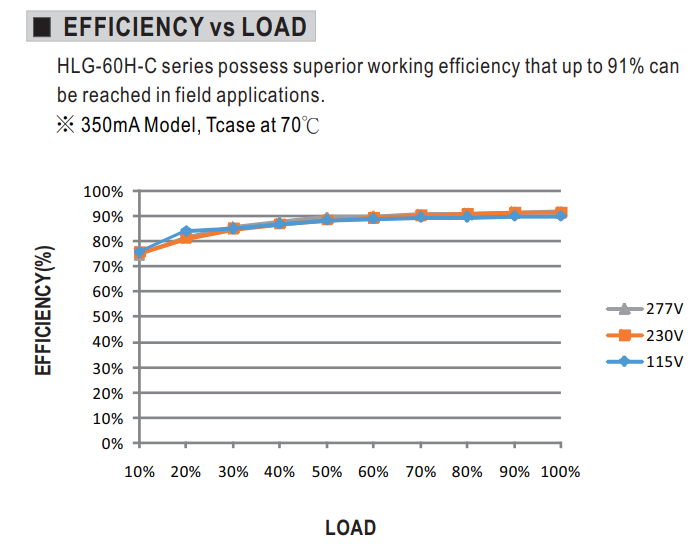 Assuming I wanted to add dimming functionality (e.g. through an ESP8266 and PWM, using the mean well B model). How would I limit the driver to 650mA? Is this what the AB model achieves?

If you want the ESP8266 to be able to turn off the Meanwell supply, then ESP8266 needs its own power supply, like a USB cellphone "charger". Besides powering it from 60V would be inconvenient.

Note datasheet says DO NOT connect "DIM- to -V"

Check if the Meanwell can turn off the LED completely. I don't think it can. So if you want this you'll probably need a relay driven from ESP8266 to switch the mains.

However the Meanwell has a built-in 100μA current source pulling the DIM input up to 10V. All that's needed is a transistor driven by PWM to short the DIM input pins together. You can also use an optocoupler. When the transistor/opto is on, it shorts the DIM input. When it's off, the internal 100µA pulls it up to 10V. So all you have to do is PWM the transistor's base (or the opto LED) and here you go.

Assuming I wanted to add dimming functionality (e.g. through an ESP8266 and PWM, using the mean well B model). How would I limit the driver to 650mA? Is this what the AB model achieves?

The AB model includes dimmer pins for a microcontroller and a dimmer knob on the power supply. Unless you need to remotely control the brightness, you can simply turn the knob to set the brightness.

Also, these power supplies are usually turned off by using a relay on the mains side. This is by convention for agriculture lighting.

Not the answer you're looking for? Browse other questions tagged led led-driver constant-current or ask your own question.