How do you make a component only be on when a capacitor powers it?

Look at this image: 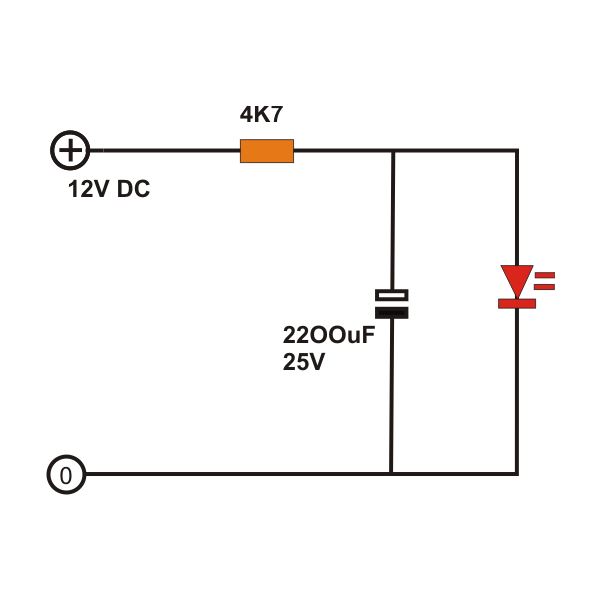 (Imagine both the resistor and LEd were in parallel with the capacitor, otherwise the LED will be overloaded)

By doing this I've managed to create a circuit that, when it loses power, makes the LED fade. However, I wanted to find a way in which the LED will only be powered when the circuit doesn't have a power supply (other than the capacitor). I've been thinking about logic gates, diodes, etc., but can't figure out a way in which it would work. Is there any?

You need a way to differentiate between "powered from an external source" and "powered from capacitor only" -- a transistor, diode and a pair of resistors can do this for you. 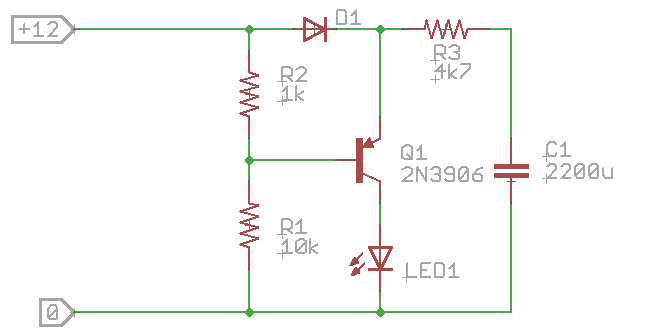 7
Simple transistor & capacitor circuit question
1
Safe to put capacitor at I/O pin?
2
Capacitor Delay Circuit
0
Question about flow with relay and capacitor (Make Electronics-Charles Platt, Exp. 8)
21
Why would you stack a resistor and capacitor on top of each other?
3
How to understand this filter circuit
5
Simple LED fade circuit
3
How do I get rid of vehicle voltage spikes maybe a choke and capacitor filter?