What are the little brown things on the back of a Pentium 4?

The other day, I removed a Pentium 4 from an old PC that I was dismantling. I was intrigued by the little brown components on its backside (sorry about the picture quality): 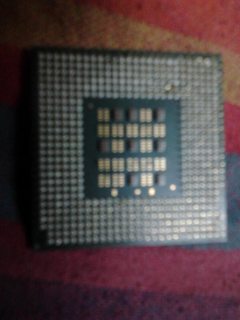 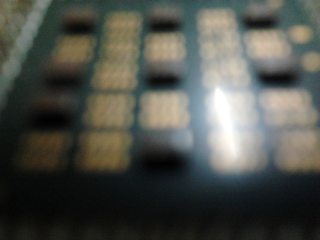 Here, there is a grid of gold contacts (in groups of 8). Some of the groups of 8 contacts have a tiny brown IC soldered1. Most don't. To me, it looks like those empty pads are for soldering on more brown things. (A lot of other boards have such spots where you can add "expansion packs"--for example, an avr development board I've worked with has spots for extra EEPROM, some LEDs, and a motor driver chip).

But I couldn't think of any use of an "expansion pack" on a microprocessor. The most I could think of was "something or the other to make branch prediction more efficient", but that's probably not it.

I found a pic of another Pentium (this one's LGA though), with brown thingies in all spots: 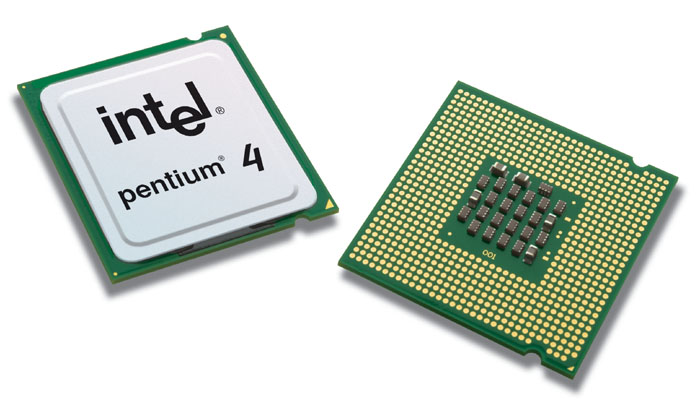 So, my question is, what is the function of these brown ICs, and what do I get by adding more to my Pentium, if it is possible to do so?

1. I know that "soldered" probably isn't the right word here -- but basically there is an IC attached to the group, with one IC pin per pad

This site suggest they are either gtl bus terminators/pullups, or decoupling capacitors.

From the look of them, I would go with capacitors (each little chip is 4 capacitors, much like resistor packs). They are power supply decoupling caps, which act like little power reservoirs in case the power goes down/out. They help clean the power signal from drops or dips.

The reason that only some are populated is that the manufacturer uses the same standard package for different processors, different speeds and options. They make one "frame" and fill out only what they need to for it to work.

You would probably not gain anything from adding them on, and without careful choosing of parts, a full internal schematic of the chip (impossible to get), a very careful way to solder them on, you would most likely just end up with a worthless piece of ceramic and metal.

Not the answer you're looking for? Browse other questions tagged integrated-circuit microprocessor or ask your own question.

6
What back-end and front-end are in hardware design?
4
How to select a power transistor to protect old school automotive ignition and headlamp switches
2
What are buffer and latches in microprocessor?
7
What are the holes on an optical flow sensor IC?
7
If the integrated circuit die is very small what is the role of the extra circuit packaging?
21
If the silicon wafers from which the processors are made are so sensitive that workers wear special suits how is delidding a processor possible?
3
What are the tools to identify ICs by marking?
0
What are the exact model of those two chips?