I am looking for the best way to provide an analog output from an Arduino to control the blend and mode doors in my truck's HVAC system.

They both take a straight "12V" signal from the control unit ("12V" because it is more like 12-14V depending on whether or not the truck is running.)

Things I have looked at:

I have an Arduino Nano, and I need it to output an analog signal between GND and a reference voltage (in this case 12V to 14V), what is the best way of doing that?

Edit: Additional information, I have found schematics for both the actuator, as well as the control interface:

Jack Creasey definitely has a point, you don't know much about the input you are trying to drive. However, I think it is a safe bet to say the actuators are not current-driven; their input seems to have a 100 kOhm resistor in series, which would result in minimal currents and low reliability for current-controlled inputs.
That being said, two other approaches could very well be worth a try. Both were briefly discussed in the comments before:

MOSFET as low side switch, RC-Filter 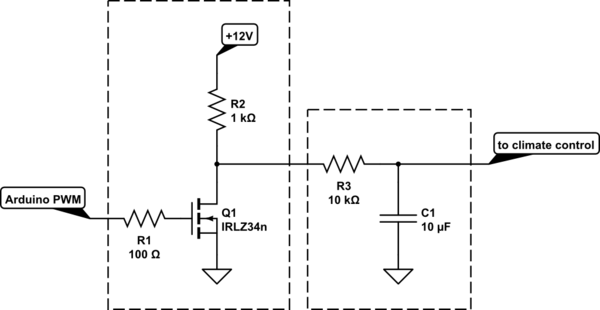 The input marked with "Arduino PWM" can be birectly connected to any Arduino pin with PWM capabilities. The output ("to climate control") should either replace the middle pin of the potentiometer, or, if you are sure that the input is voltage-controlled, directly to the control input your actuators.

The left part of the shown circuit amplifies (and inverts) the PWM signal from your Arduino to 12V.
Thr right part is a simple RC low pass filter, which turns the fast-switching PWM signal into a mostly stable voltage. Basically, the part of the signal which consists of higher frequencies is rejected and only the low frequency is allowed to pass (therefore "low pass filter"). To learn more about how this works and how to calculate it exactly, have a look at this or any other tutorial.

The circuit is not perfect, though. If the output is loaded (e.g. by the climate control), the output voltage might drop significantly. However, this should not be the case due to small input current of your actuator's control input. Also, the two stages are not buffered, meaning the low pass filter will slightly load the left circuit part (therefore the resistor choice: R3 (10 kOhm) should be much larger than R2 (1 kOhm) to make the effect imperceptible).
As noted in the comments, a n-channel MOSFET should be used instead of a BJT, because the BJT will always have a Vce(sat) of around half a volt (which limits the minimal output voltage). The suggested IRLZ34n has a Rds(on) of 35 mOhm, which results in a minimal output voltage of practically zero.

The external wiring of the second circuit is identical to the first one.

Even the idea behind the circuit is similar: here the PWM signal is transformed into an analog voltage first, then amplified. Since amplifying analog voltages with transistors only is quite tricky, we use an operational amplifier (op-amp) instead. The circuit is known as "non-inverting amplifier", since the output voltage follows the equation

. Again, there are tons of tutorials available online, here's the first one I found.
The op-amp should be a rail-to-rail type (meaning the output voltage swing includes both the negative and positive supply rail, GND and 12V in this case) and needs to be suited for supply voltages of at least 12V, the more headroom the better.

This circuit overcomes the problems noted for the first one (the two stages are buffered and the output is low-impedance) at the cost of higher complexity.
If you need voltages higher than 12V, you can of course adjust the gain by choosing other resistors. For example, you can trim the circuit to output up to 14V, but keep in mind that in that case if the supply is only 12V, the output will clip and you will reach the maximum output voltage (12V) at ~4.3V input.

I'm quite confident that you can manage to solve your problem with the knowledge about the circuits shown above, especially if what you wrote in your comment to Jack Cearsey's answer holds true. In that case, you should connect the output of the shown circuits directly to the control input of the actuators.

Please let us know which solution worked for you, and which one didn't (and why), so that others can benefit from it as well.

It appears that you don't know much about the input port used for your feature. Is it a reference voltage or a reference current being used to set the operating point? Trying to use a PWM may not work, and I'd suggest is unlikely to work, and too difficult to program if you are new to it.

Given that you 'know that the potentiometer used is a 10k (linear one assumes), then the best solution is to use an I2C digital potentiometer. They are many available and the DS3502 may be a worthwhile choice. You can get this as a low cost easily wired PCB such as here, which also has Arduino code shown in the example. 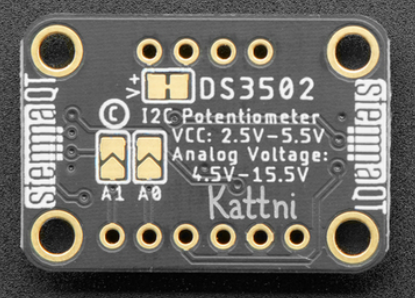 This DS3502 IS NOT suitable for direct connection to the 12V rail in your car (even with a 17v Absolute max rating). The 12V can easily have spikes in excess of 17-19V and could easily kill the device.

You should ensure that you include some form of supply limiting. Since the maximum current is just a few uA I'd suggest a series 100 Ohm resistor and a TL431 shunt regulator. Study this datasheet to understand the TL431. The shunt circuit is simple and you only need one regulator for both (or more) potentiometers you replace. 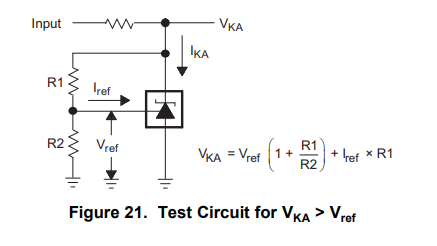 Set the shunt regulated to about 15V, which is above the maximum likely from the battery (13.8V) when not charging. This prevents the regulator sinking current on a fully charged battery and it will only conduct when the voltage is above 15V.

Use a buck boost converter that takes 5V as input and gives 0-12V, use that output to give feedback to microcontroller for voltage sensing and drive converters En(enable) pin using microcontroller.

Not the answer you're looking for? Browse other questions tagged arduino analog automotive or ask your own question.

2
Arduino - Voltage ladder and analog input pins
2
Control inverter using Arduino PWM output
3
How to interface this circuit with a 0-10v Theatrical Lighting Dimmer
1
Dimming CCFL:s with PWM or amplified analog voltage
1
Transient Voltage Protection of an automotive circuit
0
Suggestions on how to control a 1000W DC motor
0
How can I produce an analog control signal from -2 to 12V?
0
Controlling DC voltage with Arduino
1
Providing +/-10V Power
4
Digital control of electromechanical gauges