This question has been asked before but there are too many conflicting opinions.

Guidelines from TI seem to suggest the power should hit the capacitor first and then go to the IC via a trace (see figure 12 in https://www.ti.com/lit/an/scaa082a/scaa082a.pdf); their advice is "Make sure that the signal must flow along the capacitor." I have also seen people who know what they are doing say not to use a trace (http://www.sigcon.com/Pubs/news/9_07.htm). What would you do? 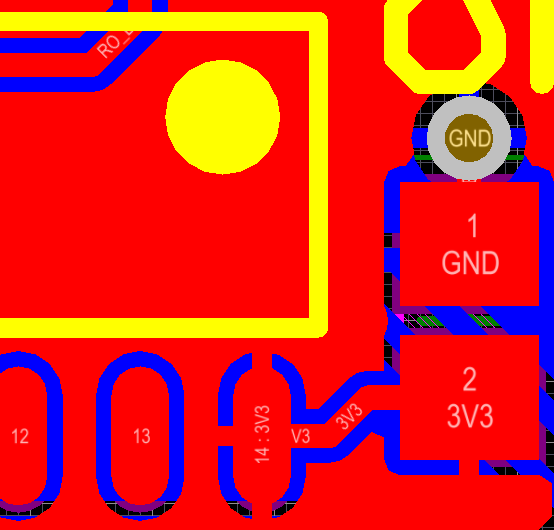 We had a discussion on this on an answer on here a while back. You can read it here: Does ground pour circumvent bypass capacitors?

The conclusion I came to was that:

"Hitting the pad first" doesn't matter unless your frequencies are so that you are essentially doing RF in which case you will also be worried about a lot of other stuff the the width, thickness, length of your traces and the way your traces bend. At this point, it is a careful balance between everything and everything else (the factors mentioned above vs hitting the capacitor first to prevent waves from clashing and interfering with each other.

In cases where it doesn't matter, your first priority should be to make the loops and trace lengths between the capacitor and components as small possible. It can also make routing a lot easier (at least on a 4+plane board where you can just toss all the bypass caps under the IC and run each cap terminal and power pin straight to a plane through a via).

Sure, use thermal breaks for leaded parts and locate the decoupling caps close to the power pins with a connection to both planes as close as you can to their terminals. End of.

Not the answer you're looking for? Browse other questions tagged altium decoupling or ask your own question.