Why port B5 on ATMEGA64A-AU mailfunction after enabling USART function?

I've wire up ATMEGA64A-AU based on this schematic from here: 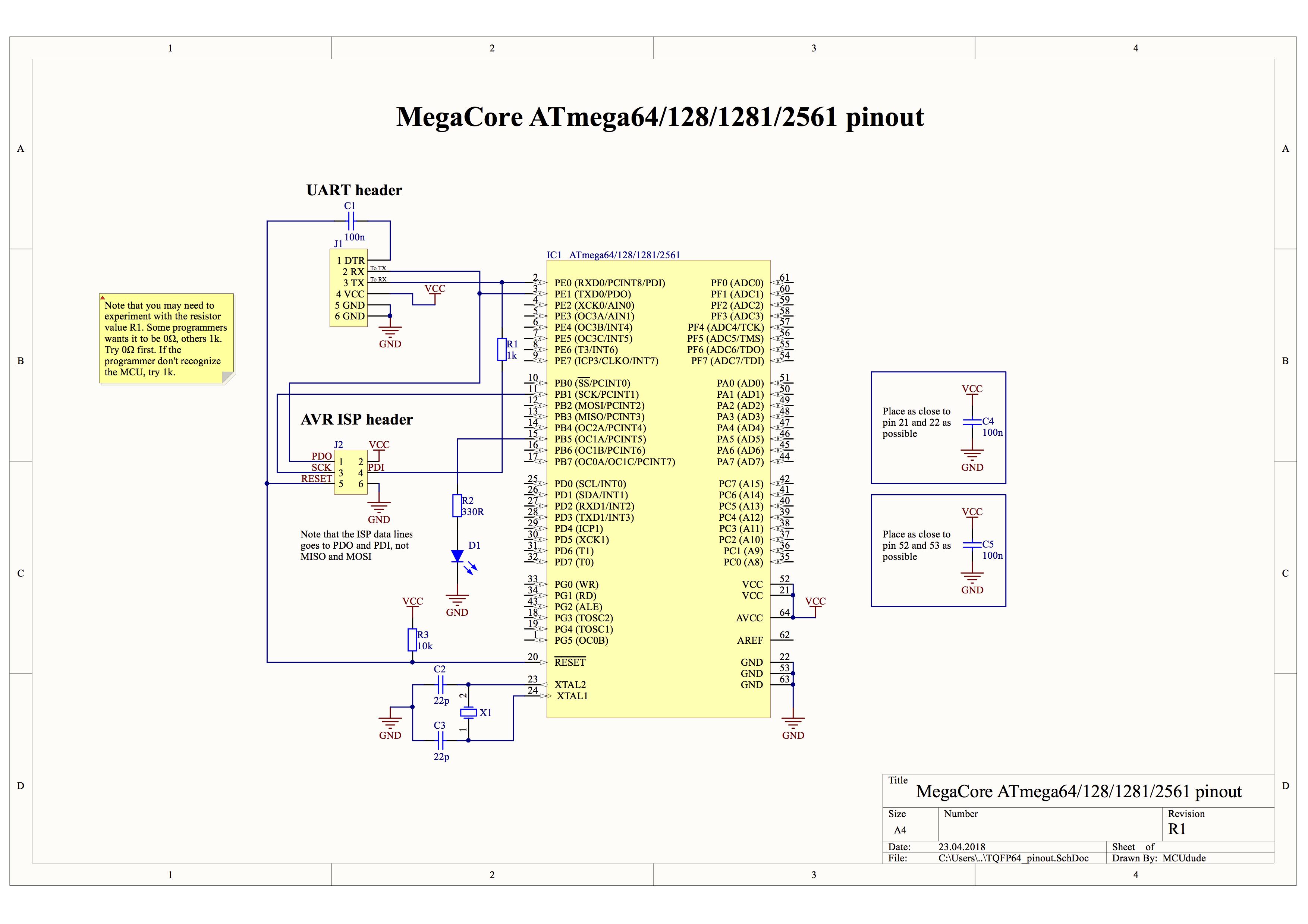 I've tried to program a blink on pin B5 which has a LED on it:

It works actually fine but when I tried to enable USART on the chip by adding these:

It still works but when I add this code to main function:

Toggling stops! Why this happen? I couldn't found any thing on its datasheet PB5 hasn't any thing to do with USART to my understanding.

This chip has some weird property like this but it comes with two UART and it is cheaper than the others! that is why I choose it.

ATMEGA64A has two fuse bit which was new to me :

1-ATmega103 compatibility mode fuse which was set as default and shouldn't be in my casse.

2-Jtag fuse which I don't have a device to use it! I use ISP programmer. so it shouldn't be set.

It start blinking after setting them, But still I don't understand how they got PB% involve, they use other pins!

The register map of Mega64 and Mega103 are different, for example the Mega103 does not have UBRRH and UCSRC registers while the Mega64 does, so writing to these register addresses in Mega103 mode may control something else that hangs the processor.

To find out exacty what is the main reason, you need to debug it, but SRAM starts earlier on Mega103, so writing to the Mega64 extended register addresses maps to SRAM and it might overwrite data in RAM, but there is not much SRAM usage in the code, and stack should not be in that area.

So more likely is that the stack is at the end of the SRAM, and on the Mega103 the memory ends earlier due to not having the extended registers, so running Mega64 code in Mega103 mode puts the stack into non-existing memory area, so stack is unavailable. Calling subroutines will fail to push the return address and returning from a subroutine pops the wrong address.

Not the answer you're looking for? Browse other questions tagged avr uart avr-gcc or ask your own question.

1
Why do we need to use `avr-objcopy` after `avr-as`?
6
Why do people use (1 << PA0) when setting port?
2
Does enabling the alternate RXD function on an AVR GPIO pin disable the pull-up functionality?
2
RS-485 using USART or UART port on STM32
0
Why does the Atmega328 USART get trapped in a loop?
0
Why RXD text are uncomplete in atmega328 intrupt driven USART?
1
Why UART voltage level on ATMEGA64A-AU are different?
0
AVR "OUT" function. addressing port without constant