Please excuse what is likely to be a very basic question, but I am an ME, and this stuff is somewhat magic to me. First, I'll provide a minimal, generic question, and then, for those interested, I'll provide all of the application details.

I have a signal wire, and when a switch is flipped from its normally closed position (along with a normally closed safety switch), I want the signal to be broken. So, any condition where any switch is in its resting position should allow signal flow.

I intend to spit the signal line into 2 parallel lines, with a switch in the middle of each branch.

I am not concerned about the transient response going from no signal flow to one or both switches being engaged, which will make more sense for those who care to read the application, described below.

The application is for a Jeep (2015 Wrangler). The newer Jeeps have an ESC system that remains intrusive offroad, even when "off". This is less true for a stock Jeep, but some aftermarket mods make the system a problem. There is a common mod that involves a momentary, NC switch which is placed in an accelerometer signal wire. Interrupting that signal kills the ESC system. Earlier, I said I wasnt worried about the transients that could occur from signal restoration, and that is because restoration of ESC function requires the ignition to be cycled after signal is restored. What I want to do differently from most Jeep owners is to have a main safety switch, which will need to be opened in order for other switches to do anything, to prevent accidental engagement. My concern is in the signal integrity at steady-state single and dual switch closure, considering a potential difference in lead lengths, and also in the potential for there to be noise in a 2-1 or 1-2 switch engagement.

Also noteworthy is that I intend to make the main safety switch a DPDT switch, which will also be used to switch ground (NO configuration) for other nearby circuits. I'm not sure what cross-contamination I may experience from this, but I think it will be minimal, as the other circuit is just signal ground for 2 relays.

I've added some drawings and photos to help clarify. The diagrams are my attempt at illustrating the factory circuit, the most common modification, and what I want to do. I've also attached a photo of the actual switch panel in my Jeep. The switch labeled main will be a DPDT switch, where the normally closed terminals will be used for the circuit in the diagram. There is a blank spot for a switch (where the little plastic cap is), where I will put an SPDT switch, and again, I'll use the normally closed terminals. The idea is that ESC will be disabled by "engaging" (opening) both switches, as seen with 2 switches in one of the attached photos (where we pretend the top switch is the one I'll be adding). My concern is that this will introduce noise in the signal, and cause the stability control system to behave erratically when it's on, and/or when only one switch is being opened/closed. 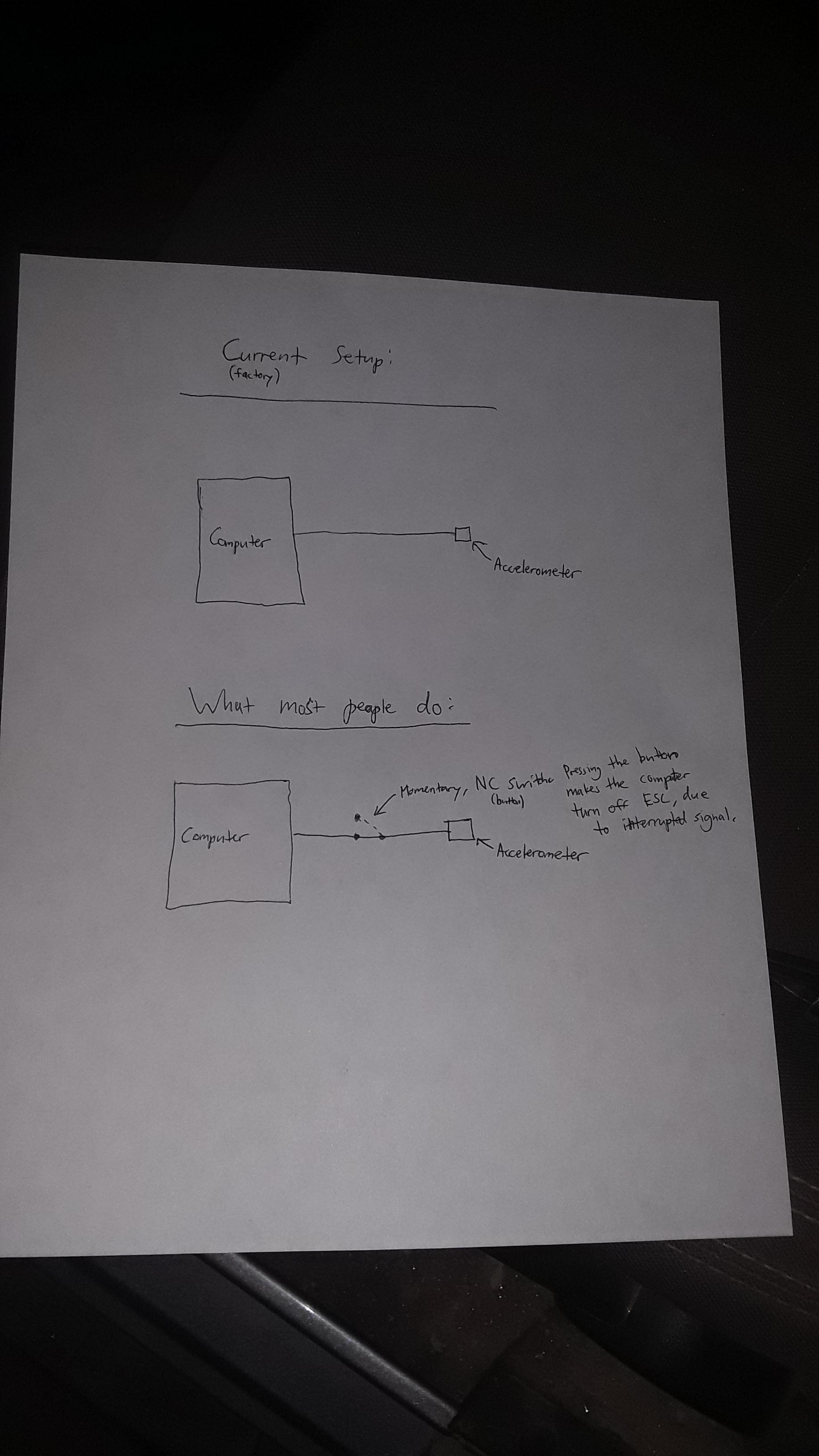 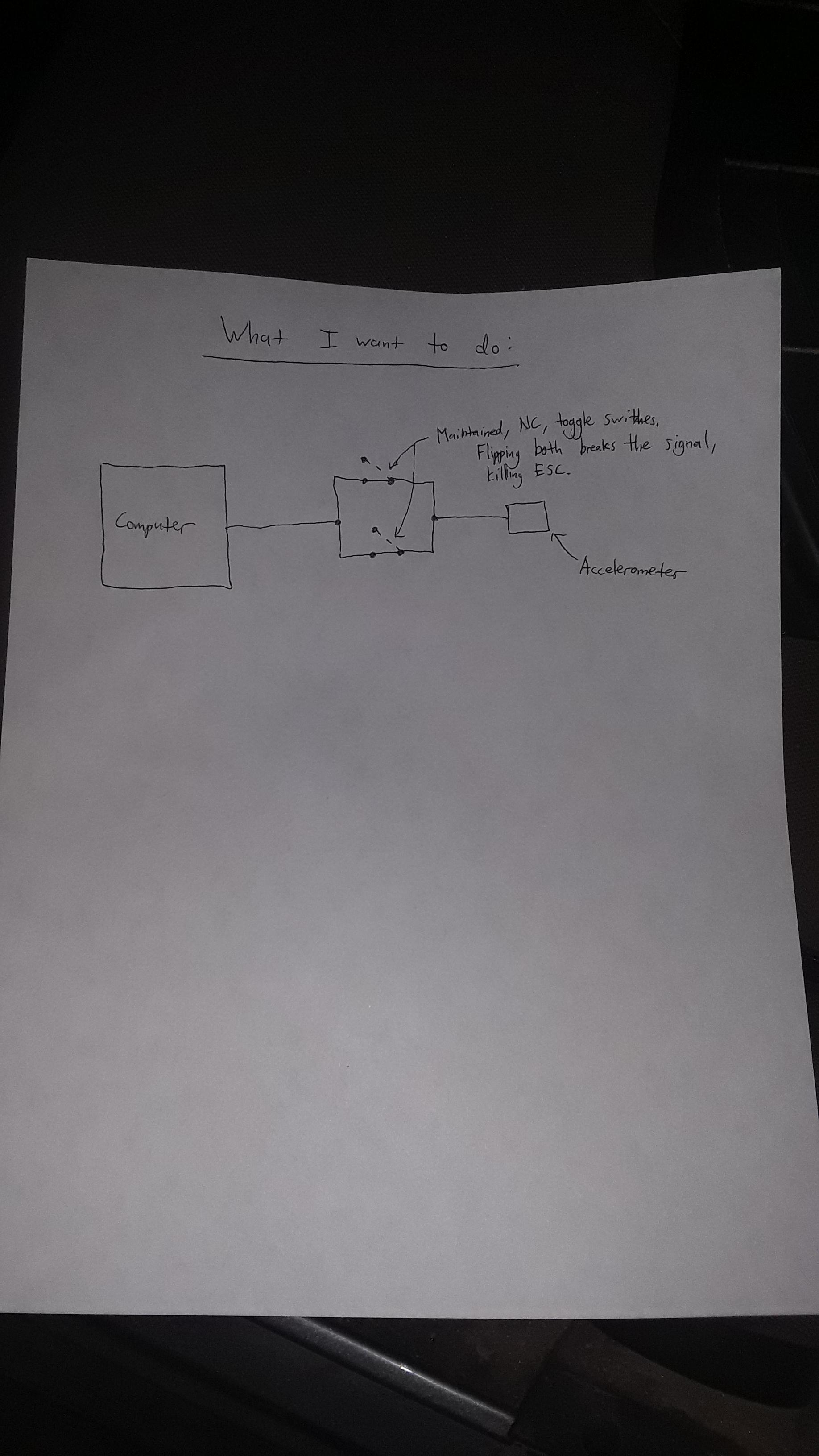 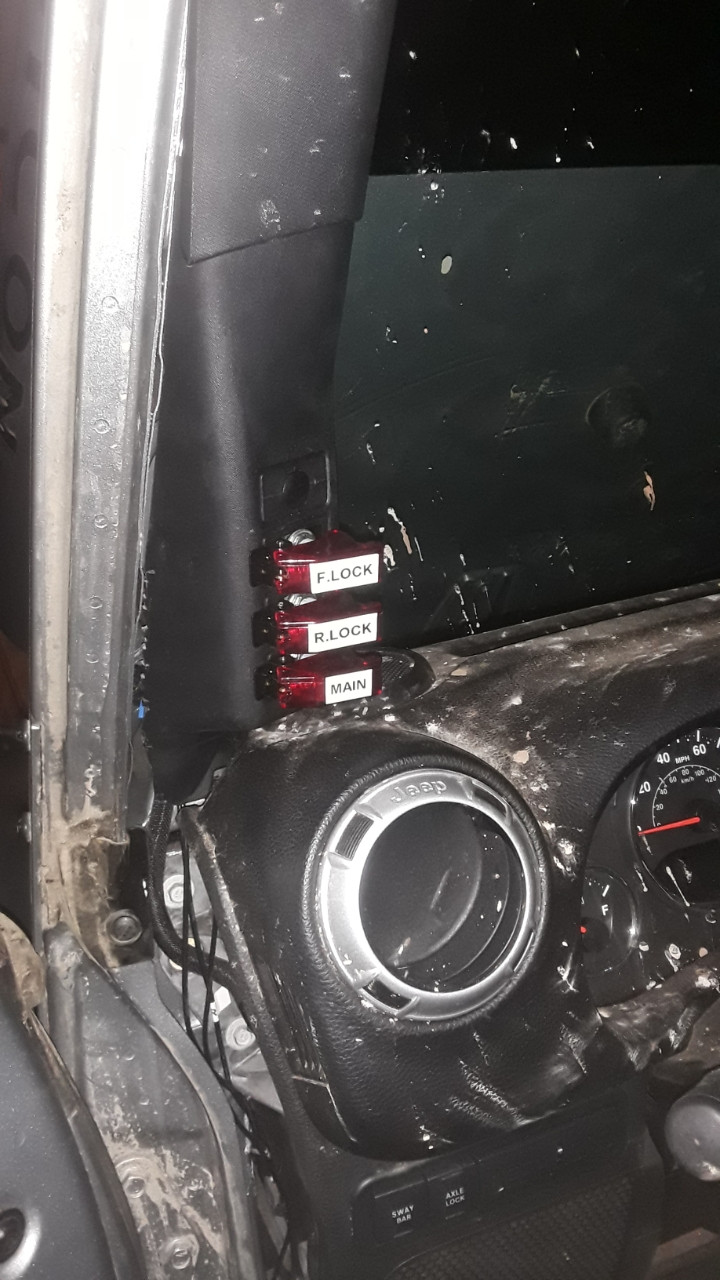 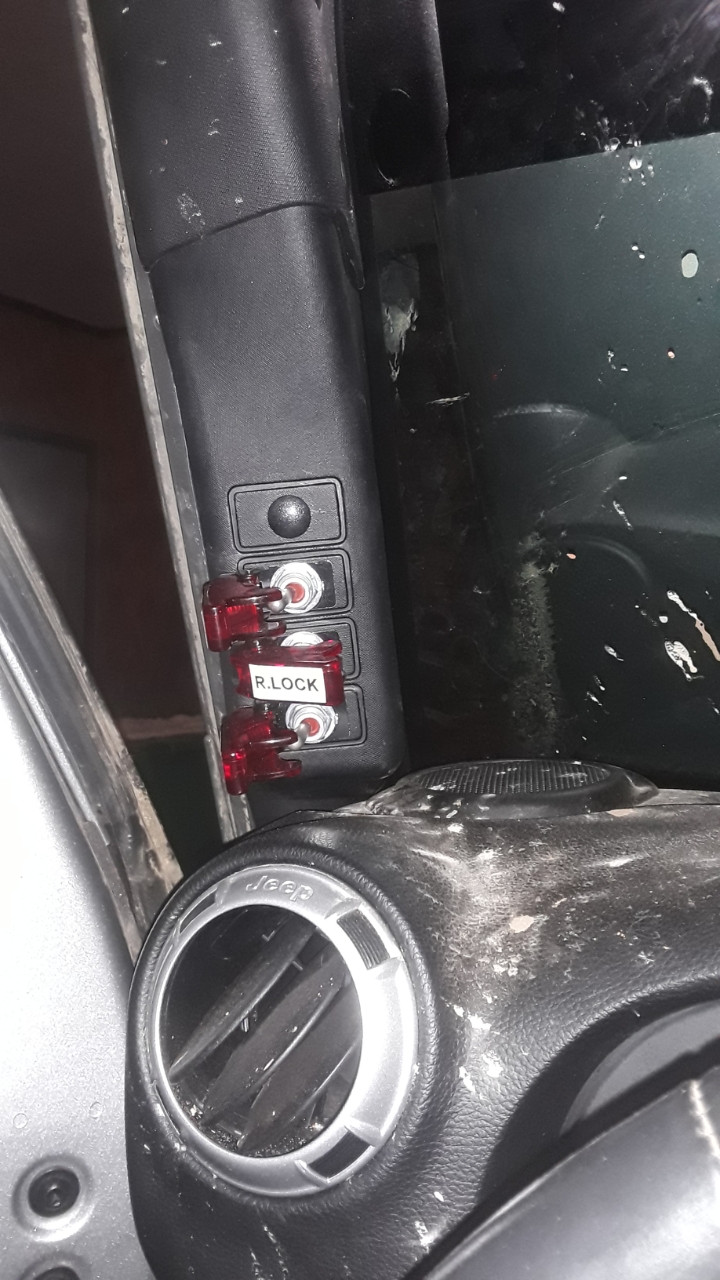 If I understand correctly you're trying to use a DPDT switch a single wire signal from the accelerometer between 2 paths: one which goes directly to the ESC input and one which goes through a momentary NC switch before going to the input.

Given that the current aftermarket mods work through 1 switch, it's reasonable to assume the signal quality through a second switch would be adequate for the ESC to receive. However, based on the description of the current aftermarket method for disabling the ESC, you'll likely still kill the ESC when you throw your safety switch as this will still cause a temporary disconnect from the ESC, and thus shut it down. If you were to consider a make-before-break switch, you'll likely run into signal errors if the the accelerometer output is digital (which it likely is) due to propagation delay differences if the two branches aren't EXACTLY equal which will also likely kill your ESC.

My recommendation would be to find a mechanical safety method, such as using a push-button or toggle switch with a cover.

Not the answer you're looking for? Browse other questions tagged automotive parallel signal-integrity or ask your own question.

7
SPI Signal Integrity
6
Increasing Fall/Rise Times for Signal Integrity
4
SMPS PCB Design Signal Integrity
2
Powermanagement of a minicomputer in an automotive vehicle by engine start/stop and voltage threshold detection
2
How can I control the route to analyse with HyperLynx in a switch?
0
JTAG Programmer using Zedboard - Signal Integrity problems?
1
Gounding for EMI and signal integrity - LED Matrix multiboard design
0
Why the Base of T2 gets no more voltage if S1 is opened?
0
Could shielding (not grounded) affect signal integrity?