Why is the STM32 reference manual stating the wrong sample frequency for I2S?

This could be a misunderstanding but everything I have gathered and seen it looks like there's a disconnection on what the reference manual says.

"The master clock rate is fixed to 256 x FWS, where FWS is the audio sampling frequency."

So according to STM32 the FWS is the audio sampling frequency.

On page 2225, an equation sheet is presented to the end user to show how to acquire the desired sampling frequency (FWS) based on the SPI kernel clock. 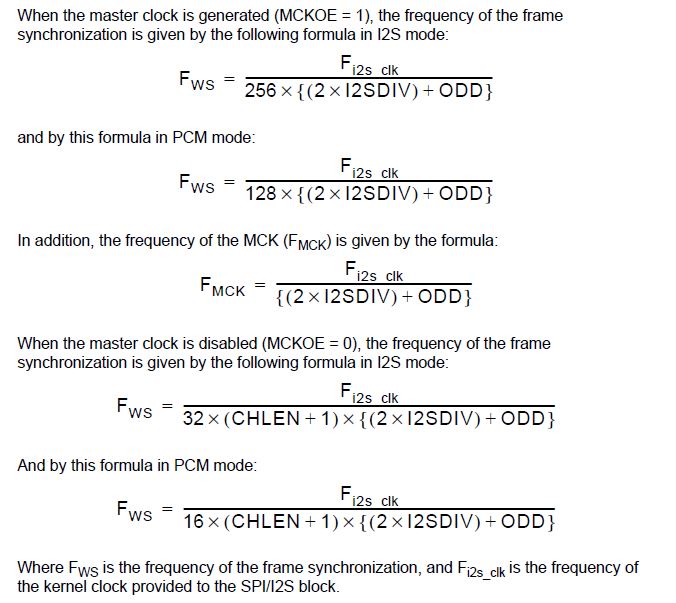 On page 2226, a table is shown for a cheat sheet to configure the registers to get the correct FWS frequency.

The settings I used are highlighted. 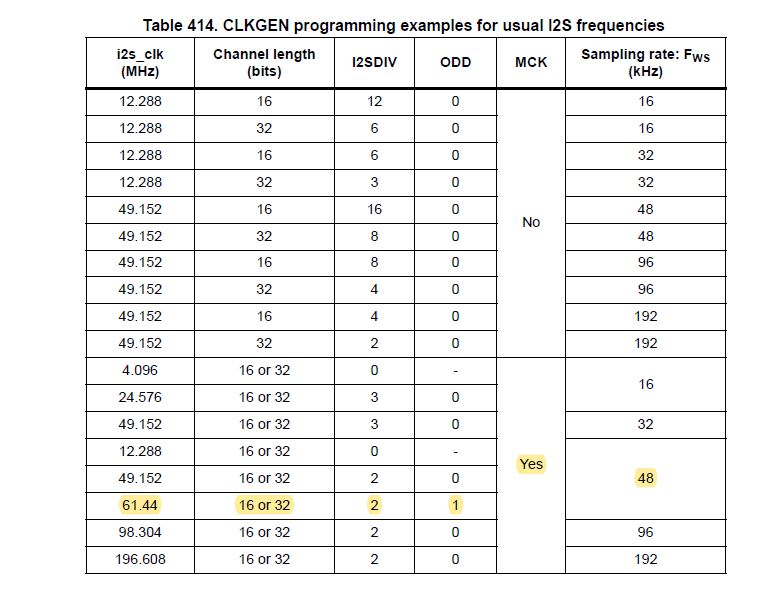 Then in practice this is what I have obtained.

The yellow signal is the FWS signal. As you can see it Is shown to be at 48kHz stated above in the table. However when calculating the sampling frequency of the green it's ~96kHz. The math below.

It takes 20.8uS to trigger at 2 samples according to the green signal, then in 1 second you will have 96ksamples.

I have tried using the FWS= 96Khz configuration and it gave me a sampling frequency of 192kHz using the same logic above. I am seeing a trend where the sampling audio frequency is actually FWS*2.

Can someone shine some light onto this to see if the logic is wrong or if is this actually correct? 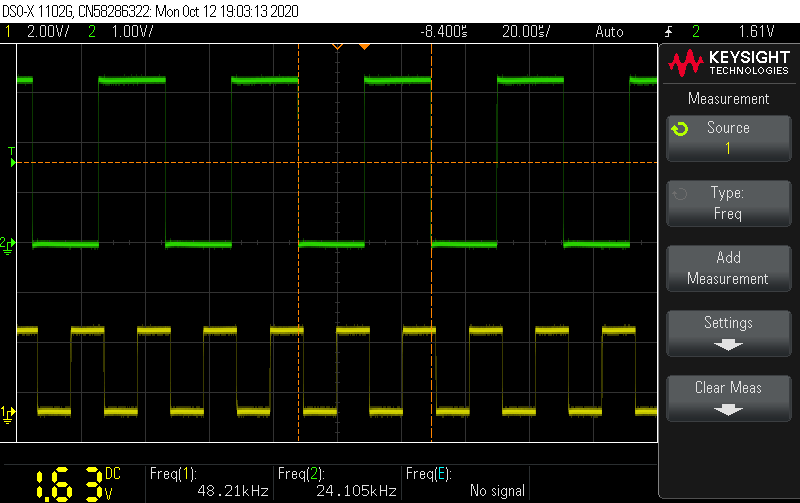 Changed the FWS = 96kHz based on the tables, ten changed the RxBuffer length to 2. Here was the result. So essentially the DMA triggers based on every 1 sample. 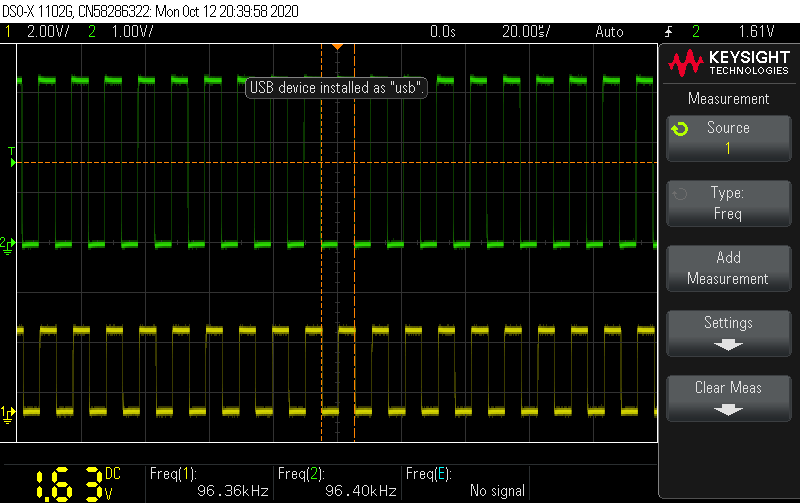 Browse other questions tagged audio stm32 sampling i2s or ask your own question.

-1
What sampling rate to use when making IIR filters with an audio sample rate of 44.1kHz?