Attenuation in the circuitry of differential vs isolated probes

Using this website as a reference for differential probes: https://circuitcellar.com/research-design-hub/high-voltage-differential-probe/ 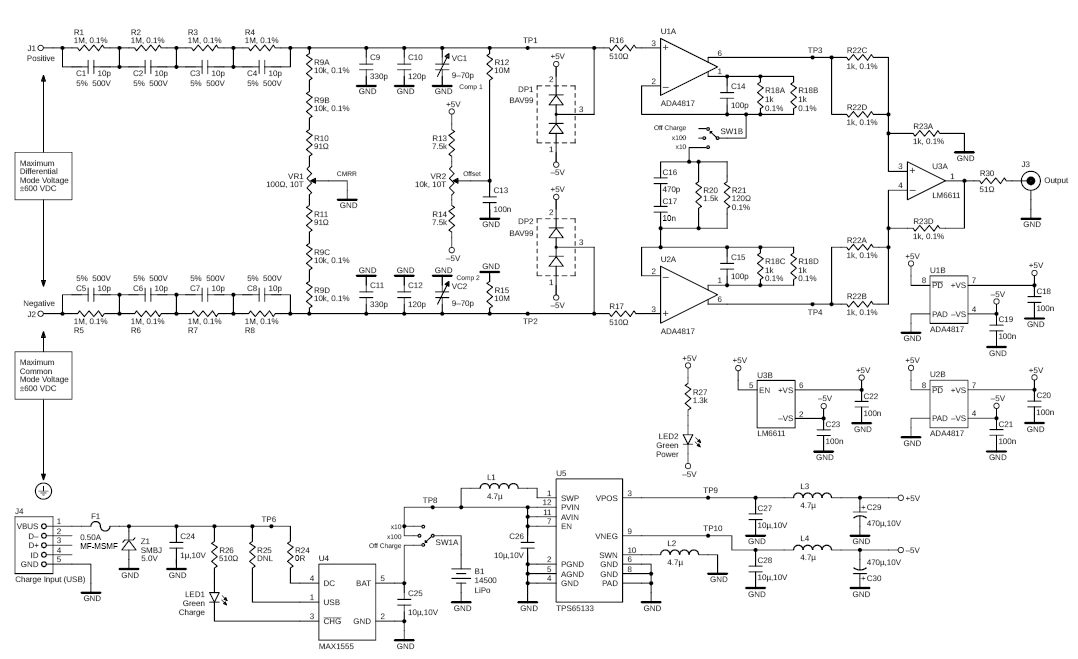 The differential probe is described as attenuating the entire common input mode range down to what can be accepted by the differential amplifier, resulting in milliVolt levels for the signal of interest whose difference would then need to be re-amplified relative to GND to suit the desired output range.

Other than the cost of isolation, is there any performance drawback that I am not seeing for the isolation amplifier in favour of the differential amplifier?

The context of my question is I need to make a rather general purpose analog input to a microcontroller and for safety purposes, I was going to isolate it anyways. The plan was to run the ADC running off an isolated source and communciate with the microcontroller through an isolator. It then occurred to me that if it was isolated anyways no re-amplification would be required like the differential probe method. Since I have control of the ADC and can easily make it isolated, I'm not seeing much of a point with the differential probe method where the entire common mode input range is attenuated and the tiny signal difference is then re-amplified referenced to ground.

Is the existence of the differential probe method just a cost issue? Or when one does not have the choice of floating the ADC? I'm not seeing any benefits to it for my usage case if I'm planning to isolate the ADC anyways.

It is non-trivial to perform [analog] isolation and maintain good high-frequency pulse performance all the way down to DC for an analog signal. So [...] it does come down to cost, and who would pay for it.

[...] these days I would be very tempted to digitize then isolate. But even that would be non-trivial to achieve the 50MHz+ BW with good pulse performance (the article linked indicates that the probe has 50MHz BW). That might require 250Ms/s at say 8 or 10 bits so we are up to 2.5Gbps to be transferred over the isolated link. Together with power and synchronization signals in the other direction. That is starting to get complex. At kHz rates it would be fairly trivial these days.

Not the answer you're looking for? Browse other questions tagged differential probe isolated or ask your own question.