I have found myself in a crossway of two different explanations regarding Boolean algebra, Maxterm. However, I cannot grasp, whether there is a trick to it or whether one of explanations is an actual misinformation.

Here is a truth table for Minterms and Maxterms (table was found by searching it though the web): 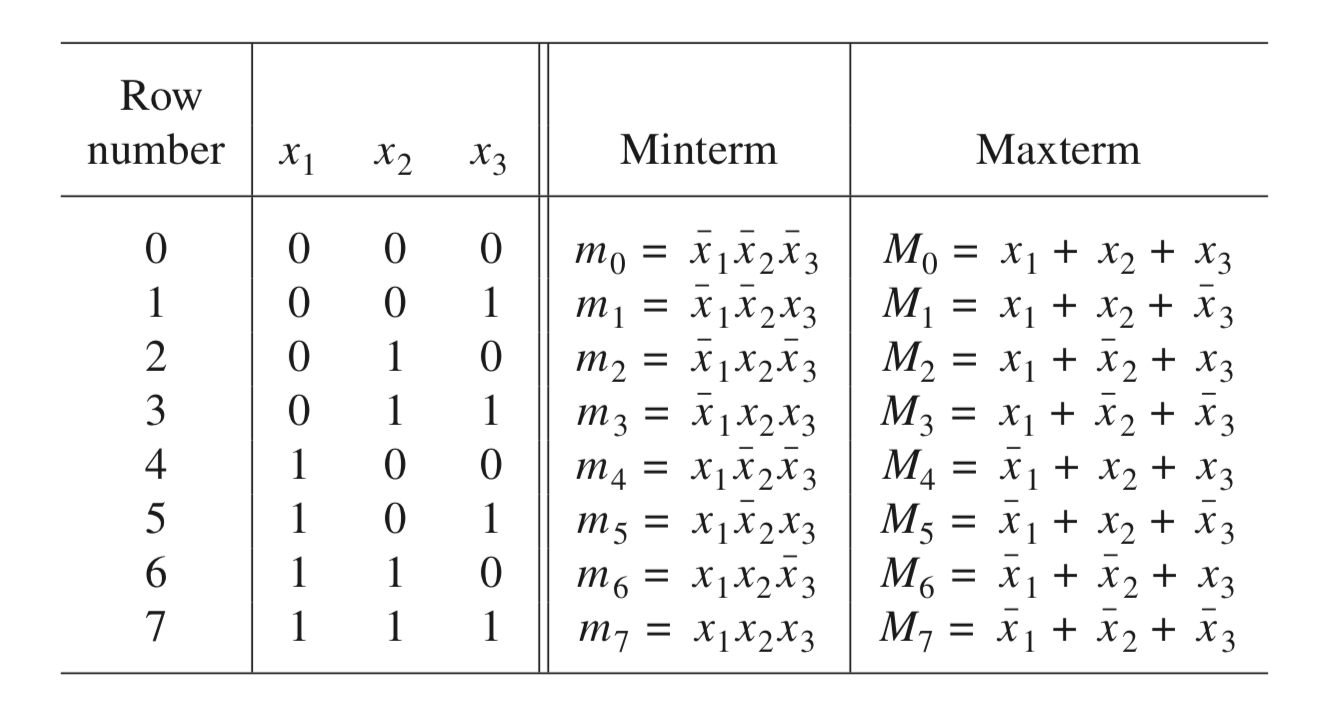 This is another truth table for Maxterms only, however the order of indexes (\$M_0,..., M_7 \$) is exactly opposite from the table above (this table was provided by my university professor): 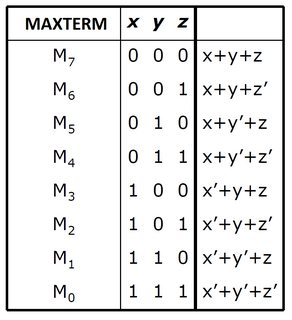 As I asked him for explanation, he answered that in the end, order of indexes doesn't matter, as long as it is true, that DeMorgan theorem applies to Minterms and Maxterms.

The problem occurs when one asks for sum-of-products regarding a logic function given in a Maxterm form. For example, a function $$ f(x_1,x_2,x_3)=\prod M(1, 3, 6) $$ could be written as (regarding upper truth table)

but could also be written as (regarding lower truth table)

If I am not mistaken, only one of logic functions given in sum-of-product form, is correct. Here lies the confusion I cannot explain myself and would like to hear, what others think about this matter. If possible, one could explain it though Boolean algebraic expression.

Indeed, the ordering of indices doesn't matter in that $$ΠM(1,3,6) = Σm(1,3,6)$$ holds both for the straight and for the reversed orders of indexing, providing these are identical on the left and on the right of the equality sign.

Not the answer you're looking for? Browse other questions tagged digital-logic boolean-algebra truth-table or ask your own question.

6
Understanding AND logic gate
0
General guidelines in making a choice between Combinational or Sequential approach?
0
Sum-of-Product understanding
1
I have a problem with understanding the attached ALU (6 control bits)
1
When do we use minterm over maxterm in real words example or vice versa?