Why does the datasheet only has one input bias current value?

A similar question was asked here Input bias current in an opamp and its value in a datasheet but I can't find a relevant answer there or elsewhere on the web. 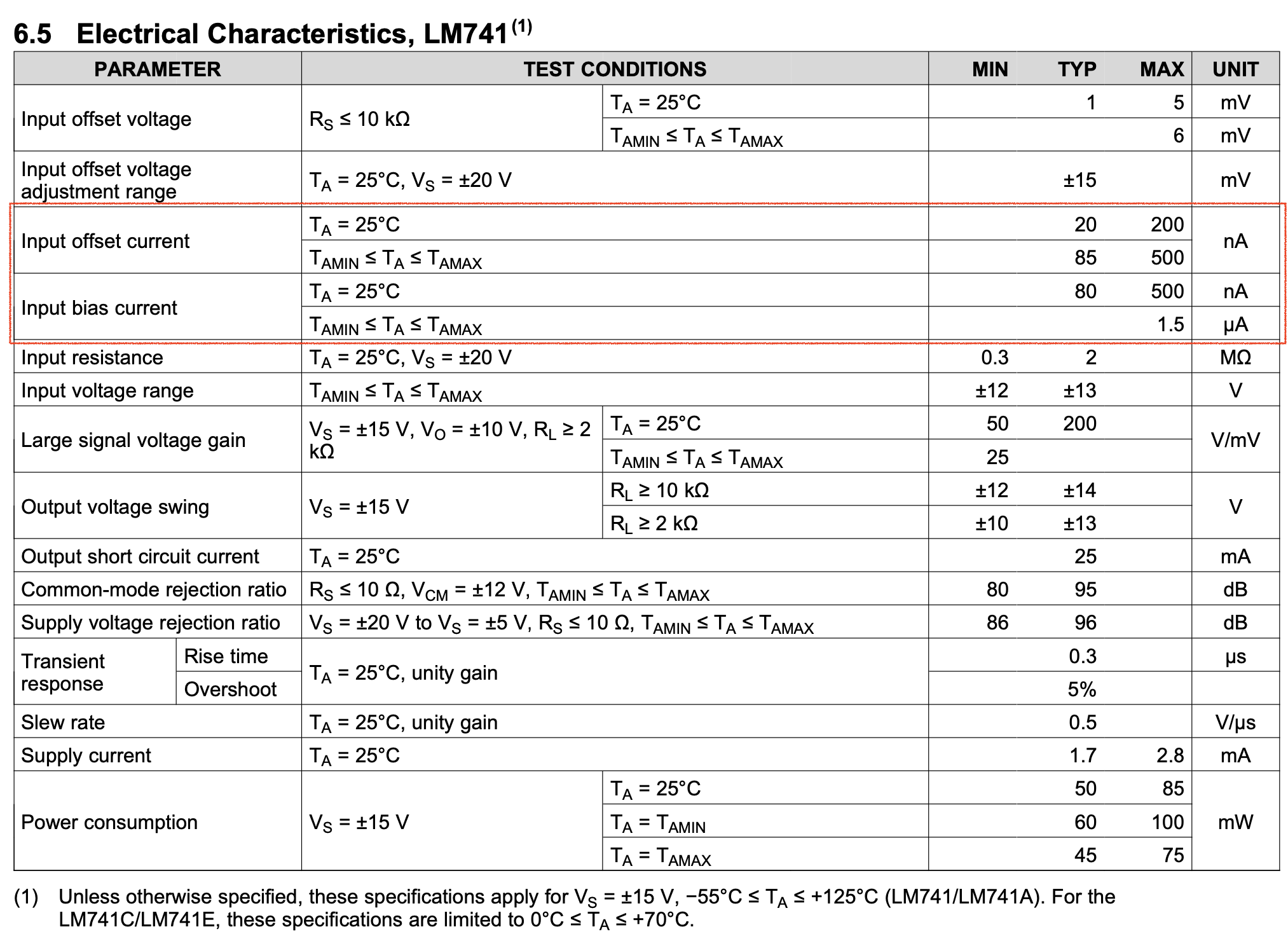 In a voltage feedback opamp1, the two input circuits are identical, at least up until the stage where their difference is taken. This helps with things like low tempco of offset voltage. The specification for bias current is therefore for each input individually.

On the data sheet you've shown, you would expect each bias current to never exceed 1.5uA over the temperature range, and the two be within 500nA of each other over the range. This is not a specification for the average of the two bias currents.

The important thing to bear in mind is that bias and offset current specify two totally different things about the opamp.

Bias current. Smaller is generally good. But it has to be compromised for noise, speed, common mode range etc with any given technology. The clever designer will use high gain transistors, reduce capacitances, use various circuit tricks (including compensating the bias current with an internal bias source) to minimise the external bias current for a given performance specification.

Offset current. Smaller is generally good. This is a measure of how well one input tracks the other, and stays tracking the other with temperature changes, and with power changes. This is important as if the user can match the two input resistances, changes in bias current will cancel out if the offset stays small. The two input circuits cannot occupy the same physical space, so variations of doping density and temperature across the die will unbalance the inputs. The more expensive opamp will actually interleave multiple transistors from the two input circuits, so even with a temperature and doping gradient across the chip, on average they will still track.

Because it's the 741; it's the oldest opamp still commercially available, and because it was a challenge to specify these values reliably in the 1960s, when this was invented. Because nobody caring about these specs would subsequentially be able to rely on this, TI / its predessors and competitors simply never cared enough to spec these.

Honestly, if you care about opamp specs at all, the 741 is the wrong choice. Pretty much end of story; it's a dinosaur, and not an impressive one at that – its use case is really limited to

Not the answer you're looking for? Browse other questions tagged operational-amplifier 741-opamp or ask your own question.

63
Reasons not to use a 741 op-amp?
7
How does the compensation resistor in an inverting amplifier compensate for the input bias current?
3
Input Bias Current in an OP-AMP and its value in a datasheet